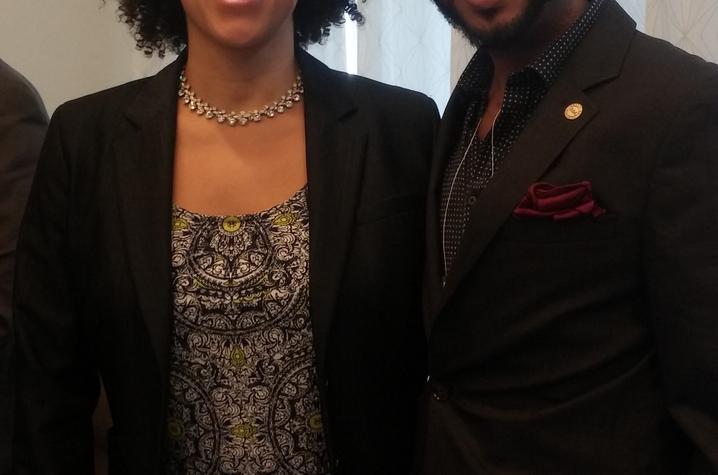 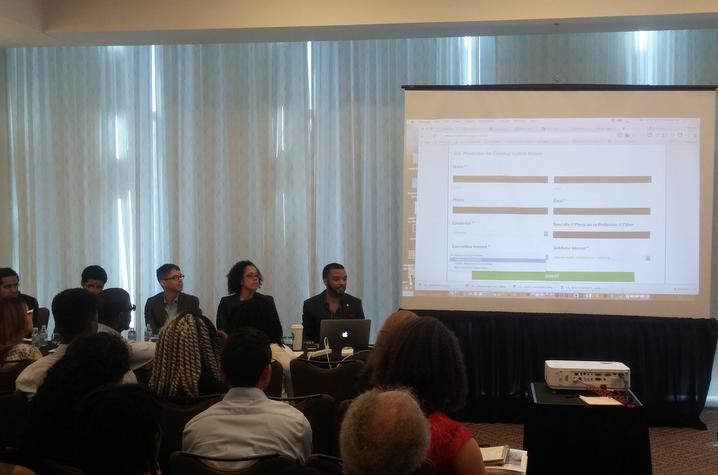 LEXINGTON, Ky. (May 10, 2016) – There are many professions we see as central to the criminal justice system; police officers, lawyers and judges are some of the jobs that come to mind. When we think about the people playing an integral part in reforming that system, politicians and activists may come to mind. Cameron Henry, a second year medical student at the University of Kentucky College of Medicine, realized there was a role he and other physicians could play in lowering the incarceration rate in the United States.

During a presentation at the Student National Medical Association’s Annual Medical Education Conference, Henry along with several physicians and medical students addressed the role physicians can, and should, play in criminal justice reform.

About a year ago, Edjah N'duom, a member of the same fraternity as Henry, Alpha Phi Alpha Fraternity Inc. and a neurosurgical staff clinician at the National Institutes for Health, approached him with the idea for Physicians for Criminal Justice Reform (PCJR). N'duom wanted to provide access to information about the relationship between health care and the criminal justice system.

One of the core issues the organization addresses is the decriminalization of mental health and addiction disorders. According to the PCJR website, individuals with a mental illness are three times more likely to be jailed or imprisoned than the general population. They also report 20 percent of prison inmates have a serious mental illness and 30 to 60 percent have, or have had, an addiction disorder. In addition to working to keep people out of jails and prisons, the organization proposes ways to help those who are already in those facilities, making them less likely to return. They propose increasing access to mental health care for inmates. The group also addresses how physicians can work to reduce the incarceration rate by targeting and diverting children in resource poor areas and keeping them out of the juvenile justice system.

Improving communities in need isn't new to Henry, neither is developing and founding a nonprofit organization. During his time as an undergraduate at Stanford University, he and several others, including current Executive Director Olatunde Sobomehin, founded StreetCode Academy in East Palo Alto, California. The organization works to teach technology skills, like web design and coding, to low income and at-risk kids.

Henry continues to work with the organization and regularly travels back to California to assist in its development. Henry said his work with StreetCode Academy inspired him to "look at simple tech solutions to solve disparities in health and health care." Ultimately, he developed PCJR as a tool to accomplish that goal.