LEXINGTON, Ky. (Sept. 21, 2016) — University of Kentucky Professor Brent Seales and his team have further unlocked writings in the ancient En-Gedi scroll — the first severely damaged, ink-based scroll to be unrolled and identified noninvasively. Through virtual unwrapping, they have revealed it to be the earliest copy of a Pentateuchal book — Leviticus — ever found in a Holy Ark.

Seales and his team have discovered and restored text on five complete wraps of the animal skin scroll, an object that likely will never be physically opened for inspection. In a study published Sept. 21 in Science Advances, Seales and co-authors describe the process and present their findings, which include a master image of the virtually unrolled scroll containing 35 lines of text, of which 18 have been preserved and another 17 have been reconstructed.

The feat garnered international exposure Wednesday with stories from BBC News, The New York Times, The Washington Post, Wall Street Journal, Associated Press, Fox News, The Guardian, The Economist and many others.

"This work opens a new window through which we can look back through time by reading materials that were thought lost through damage and decay," said Seales, who is professor and chair of the UK Department of Computer Science. "There are so many other unique and exciting materials that may yet give up their secrets — we are only beginning to discover what they may hold.

"We are releasing all our data for the scroll from En-Gedi: the scans, our geometric analysis, the final texture. We think that the scholarly community will have interest in the data and the process as well as our results," he said.

The software pipeline, referred to as "virtual unwrapping," reveals text within damaged objects by using data from high resolution scanning, which represents the internal structure of the 3-D object, to digitally segment, texture and flatten the scroll.

Learn how virtual unwrapping works in the video above, also available at https://youtu.be/GduCExxB0vw.

In 2015, Seales and his team revealed the first eight verses of the Book of Leviticus in the scroll, which is at least 1,500 years old and was badly burned at some point. Due to its charred condition, it was not possible to either preserve or decipher it. However, high resolution scanning and virtual unwrapping has allowed Seales to recover substantial ink-based text at such high quality that Hebrew University of Jerusalem scholars can now conduct critical textual analysis.

"With the aid of the amazing tomography technology we are now able to zero in on the early history of the biblical text, as the En-Gedi scroll has been dated to the first centuries of the common era," said Hebrew University's Emanuel Tov, co-author and leading scholar on textual criticism of Hebrew and Greek Bibles. Hebrew University's Michael Segal also worked with Tov on the textual criticism.

The scroll was unearthed in 1970 in archaeological excavations in the synagogue at En Gedi in Israel, headed by Dan Barag and Ehud Netzer of the Institute of Archaeology at Hebrew University, and Yosef Porath of the Israel Antiquities Authority. The Lunder Family Dead Sea Scrolls Conservation Center of the Israel Antiquities Authority (IAA), which uses state-of-the-art and advanced technologies to preserve and document the Dead Sea scrolls, enabled the discovery of this important find.

“The discovery of text in the En-Gedi scroll absolutely astonished us; we were certain it was a shot in the dark, but the most advanced technologies have brought this cultural treasure back to life," said co-author Pnina Shor, curator and director of the Israel Antiquities Authority's Dead Sea Scrolls Project. "Now, in addition to preserving the Dead Sea Scrolls for future generations, we can bequeath part of the Bible from a Holy Ark of a 1,500-year-old synagogue!”

In addition to his co-authors, Seales credits his students, collaborators and supporters for making this work possible:

University of Kentucky – Department of Computer Science, Center for Visualization, and College of Engineering 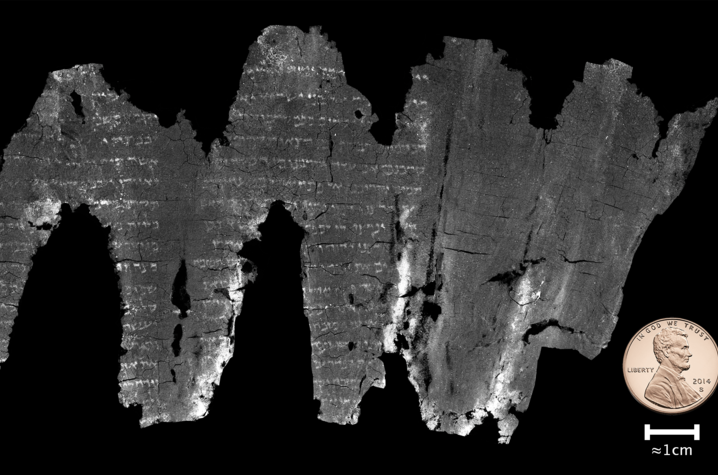 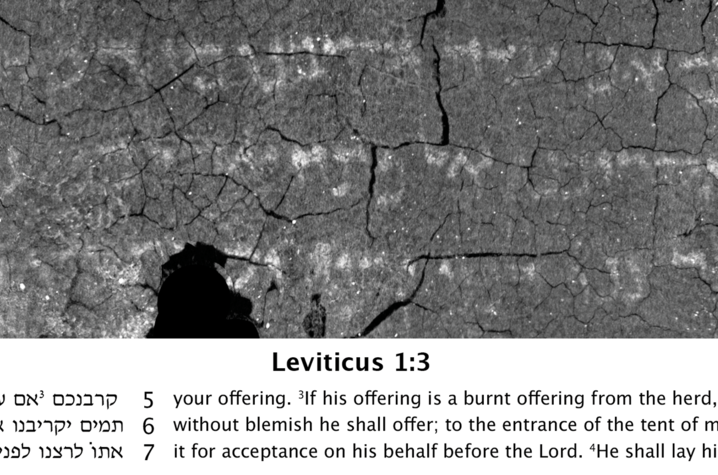 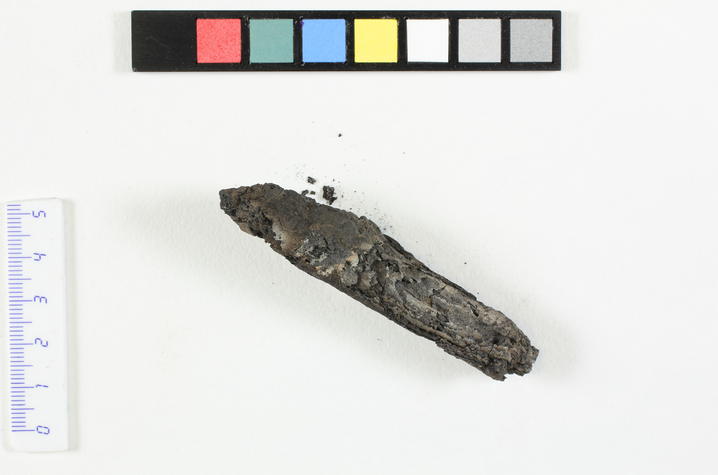