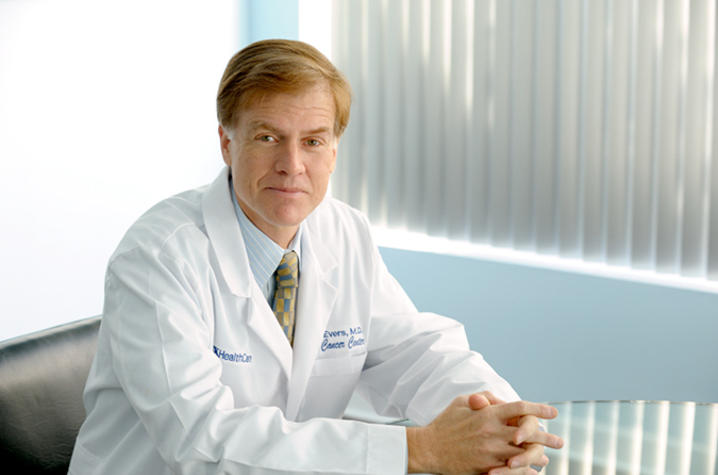 LEXINGTON, Ky. (May 11, 2016) ­– A new study led by University of Kentucky researchers and published in Nature shows a potential new biological marker for the development of obesity and a possible target for obesity prevention and treatment.

Neurotensin (NT), a peptide produced mainly in the gastrointestinal tract and central nervous system, is released with fat ingestion and facilitates fatty acid absorption in the intestine. Previous research has shown that NT can also stimulate the growth of various cancers and increased fasting levels of pro-NT (an NT precursor hormone) are associated with development of cardiovascular disease and breast cancer.

The new Nature study examined data from the Malmö Diet and Cancer Study, a population-based, prospective epidemiologic cohort of 28,449 men and women who were followed for an average of 16.5±1.5 years. The analysis showed that obese and insulin-resistant subjects have significantly elevated levels of fasting pro-NT, and the risk of developing obesity was doubled in non-obese subjects who had fasting pro-NT at the highest concentrations compared to subjects with the lowest concentrations.

The study further used animal models to show that a deficiency in NT protects against obesity, insulin resistance and fatty liver disease associated with high fat consumption, thus identifying NT as a potential early marker of future obesity and a novel therapeutic target for this disease.

"Our findings have redefined how we view the role of NT,” said Evers, whose laboratory has been studying this peptide for over two decades. “NT appears to be a metabolically ‘thrifty’ peptide which increases the absorption of ingested fats; however, with the abundance of fats in typical Western diets, NT can have a detrimental effect by contributing to increased obesity and related metabolic disorders.”

Worldwide, more than 1.7 billion people are overweight, with a body mass index (BMI) higher than 25, or obese (BMI higher than 30). Additionally, more than 2.5 million deaths are attributed to the consequences of obesity each year.