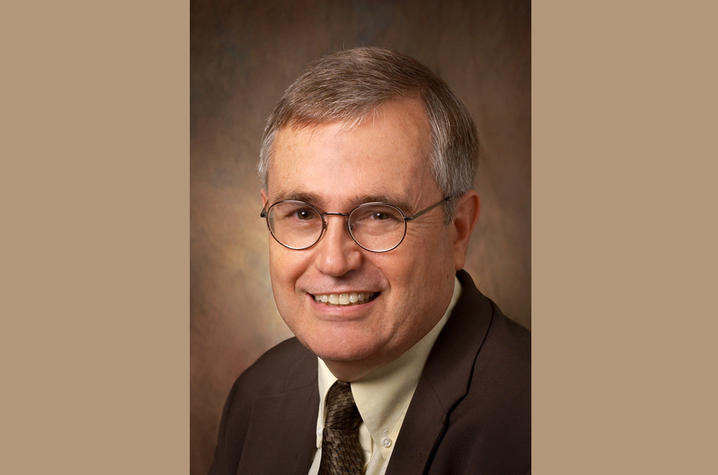 LEXINGTON, Ky. (Oct. 11, 2017) — Al Cross, director of the University of Kentucky’s Institute for Rural Journalism and Community Issues, led a delegation of American newspaper editors to China recently to meet with their counterparts to discuss community journalism, a rising element of the trade in both countries.

Cross recruited Nicole Carroll, editor of The Arizona Republic in Phoenix, and Dennis Lyons, editor of The Daily Item in Sunbury, Pennsylvania, to accompany him to the third Sino-U.S. Community Media Symposium in Shanghai and nearby Wujiang, which included 200 Chinese journalists, community correspondents and business partners.

The symposium at the Shanghai University of Political Science and Law was sponsored by the Xinmin Evening News, the largest newspaper in Shanghai, which has 50 community editions, and included a meeting at the Wujiang Daily. UK’s institute and the Xinmin Evening News co-sponsored the second symposium at UK in 2015; the first was held in Shanghai in 2013.

“Many people in the United States might think there is not much for our countries to talk about when it comes to journalism, because we have such different political systems,” Cross said in the symposium’s keynote address. “Those differences are great, but they cannot obscure some fundamental human concerns: the people’s need for information that is relevant to their daily lives, their need to feel that they are part of a community, with shared interests, not just shared geography; and, of course, the need for newspapers to stay relevant and viable as sources of information by developing closer connections with their communities.”

Tracing the evolution of community journalism in the U.S., Cross said it remains the healthiest part of the traditional news business, because there will always be a demand for local news. “We want to know what is happening in our area, in our neighborhood, and on our street,” he said. “It’s human nature, one that developed even before we developed language.”

You You of Shanghai University, who helped facilitate the last two symposia and was a visiting scholar at the institute in 2012-13, said afterward, “Although they are in different political systems and development tracks, community media in both countries are facing similarly fundamental challenges. They should deepen their engagement in communities to build reader loyalty.”

Zhou Chen, editor of the Xinmin Evening News’ community edition, said, “The lectures the American participants have given, and the information they have shared with us, provided us not only a chance to learn from them, but also a rare opportunity to reflect on what we have been doing in our professional capacity.”

Cross said Carroll and Lyons' publications are two excellent examples of newspapers that have developed stronger connections with their communities to better serve their readers.

Carroll edits the largest community news outlet in Gannett Co.’s USA Today Network, the nation’s largest journalism organization. She said its community-engagement efforts include live storytelling nights, which began in Arizona. She said the events generate sponsorship revenue and are “a great way to build audience and trust in our products, and in our journalists.”

Citing the USAT Network’s recent gains in audience, Carroll said, “We’d like to be the primary and best news source for people, and this strategy feels right. We’re just scratching the surface of where we can go from here. I have great optimism going forward.”

In a meeting with Wang Qing, editor-in-chief of the Wujiang Daily, Carroll was struck by the similarities of their newspapers: in similar-sized markets and facing declines from three primary advertising-revenue sources: automobiles, real estate and furniture.

Lyons runs a much smaller newspaper, but with no less effort and ambition for engagement with readers, Cross said. It also sponsors events, has a community advisory board that meets monthly and provides story ideas, and holds roundtable discussions with community stakeholders before launching enterprise projects.

“You want what we call ‘real people,’ people who may not have positions of authority or expertise, but who have experienced the issue about which you are reporting,” said Lyons, who was managing editor of USA Today before taking a buyout. The Daily Item is owned by Community Newspaper Holdings Inc., which owns 11 Kentucky newspapers. Lyons is also CNHI’s regional editor for Pennsylvania and Ohio.

“I was proud to join these two great editors in representing American journalism in China,” Cross said upon his return to the School of Journalism and Media in the UK College of Communication and Information, where he is an associate extension professor. “We look forward to continuing the dialogue.”