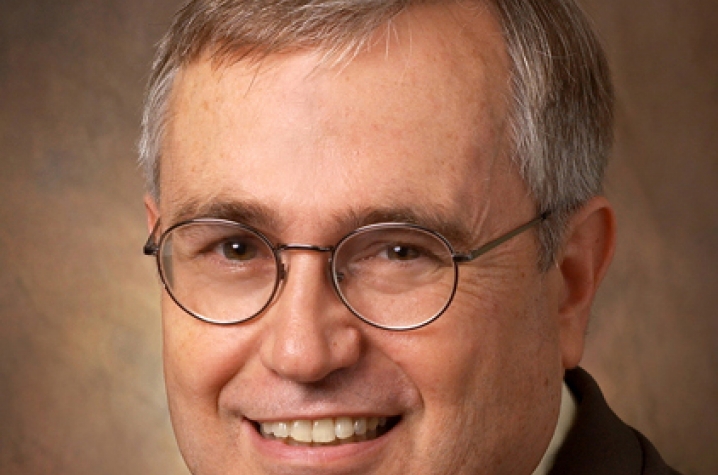 LEXINGTON, Ky. (Aug. 7, 2012) — In 2010, Al Cross, director of the University of Kentucky’s Institute for Rural Journalism and Community Issues, traveled to Zambia and Botswana at the request of local journalists, academics and others who were concerned about repression and proposed licensing and regulation of journalists.

Last fall, Cross returned to Zambia on a State Department-sponsored trip to advocate freedom of information legislation. This year, Cross has hosted visitors from both nations who are working on such bills. Botswanan journalist Phenyo Butale, who is director of Media Institute of Southern Africa-Botswana, asked Cross to write an article in support of his organization's lobbying efforts.

Below is the text of the article submitted by Cross, which has been distributed to news media in Botswana.

During my visit to Botswana two years ago, and in my conversations with Botswana since then, I have been impressed with your country’s great potential and desire for progress and democracy. Nevertheless, I believe it will not reach its full potential, or be a truly full-fledged democracy, without a Freedom of Information Act that gives voters the information that they need to make informed decisions and hold your leaders and institutions accountable.

A Freedom of Information Act is pending in Parliament, and this week may be a critical time for it. Some voices in the government oppose the bill, which is no surprise. Governments everywhere love secrecy. Too often, public officials regard their offices as private possessions and forget they merely hold those offices in trust for the public. The same is true of government information. Some officials treat it as personal information, but it should be available to the public, with few exceptions.

The exceptions in freedom-of-information laws are critical to their passage, enforcement and effectiveness. Some critics of Botswana’s proposed law want absolute exceptions, to prohibit any release of certain categories of information, or to exempt entire parts of the government from the law. This would be unwise, in my view. The best freedom-of-information laws have strong, clear principles but enough flexibility to allow release of information that is in the public interest.

The term “public interest” has also drawn complaints that it is not defined in the bill, and thus would generate litigation. These critics do not appear to understand how good freedom-of-information laws work. They almost always involve a balancing of interests: citizens’ right to know how government is working (or not working) on their behalf; the personal privacy interests of individuals; and the government's need for secrecy in a few, limited areas such as national security. There is public interest in all of these, and trying to define it in a statute would be problematic, like saying how many angels can dance on the head of a pin.

The courts, and administrative offices that hear appeals short of court action, generally do a good job of sorting out and balancing these interests, and defining the public interest case by case. No law can be completely definitive, and one that revolves around definitions of the public interest needs an independent adjudicator who can rule quickly with little expense to the litigants. That appears to be the case in Botswana with the independent Information Commission that the Freedom of Information Act would create.

Some say Botswana needs a data-protection act before a Freedom of Information Act, but that would put the cart before the horse. The law of privacy, which is primarily a personal interest, should be subsidiary to information law, which is primarily a public interest – making government effective and responsive to the citizens. The Freedom of Information Act would protect privacy with an exemption for “unreasonable disclosure of personal information of any individual.”

The Information Commission and the High Court would ultimately have to define “unreasonable,” and Parliament would be free to further define it. That’s the way such laws work in the state and federal governments of the U.S. In my home state of Kentucky, the exemption is somewhat narrower, for “a clearly unwarranted invasion of personal privacy.”

Our law also clearly states its basic policy: “Free and open examination of public records is in the public interest, and the exceptions … shall be strictly construed, even though such examination may cause inconvenience or embarrassment to public officials or others.” Parliament may wish to consider such language, to help guide the Commission and the High Court.

Finally, some critics of the law say it is poorly drafted and not up to “international best practices,” but the examples they cite are weak and flimsy, and as far as I know there are no generally accepted international standards for such laws. One reason: They are always evolving, as individual cases define their reach and application. It is impossible to define every exemption in “precise and unequivocal terms,” as one critic inside the government wrote last year.

Laws are not written in stone. They can be amended, and they are interpreted by case law. No law can be perfectly drafted, and parliaments should not make the perfect the enemy of the good.

Georges Clemenceau, the French journalist and prime minister, once said “War is too serious a matter to entrust to military men.” Government information is too important to entrust to the government. And that is especially true in a country where government controls 80 percent of the economy. No government in the world is immune to corruption, and with this government so intertwined with the economy, Botswana seems to have more than the usual need for a Freedom of Information Act.

The act would give citizens and journalists the tools to do the job they are supposed to do: cast informed votes; hold officials, ministries and institutions accountable for their performance; and keep the people informed so they are prepared to make the choices they are called upon to make in a democratic republic.

Other countries have recognized this, many for a long time. One of the more recent laws was passed in the United Kingdom, and it helped lead to the recent change in government. Using the law, a reporter researched the spending by the offices of members of Parliament and found that much taxpayer money was going to PMs’ private benefit. That led to the resignation of the speaker of the House of Commons and helped defeat his Labour Party in the last election.

As a long-time political reporter in the U.S., I enjoyed meeting with party and government officials on my visits to Botswana and Zambia. I believe the fundamentals of government and politics are pretty much the same in most democracies. Public officials and politicians want to do the right things to help the citizens, but their own political agendas can get in the way, and citizens need the tools to hold them accountable. That’s why democracies need strong freedom-of-information laws that are easy for citizens to use, and to help them speak truth to power.

Al Cross is director of the Institute for Rural Journalism and Community Issues, based at the University of Kentucky, and an associate professor in the university’s School of Journalism and Telecommunications. He was president of the Society of Professional Journalists in 2001-02, is chair of its Government Relations Committee, and is a former member of its Ethics and International committees.