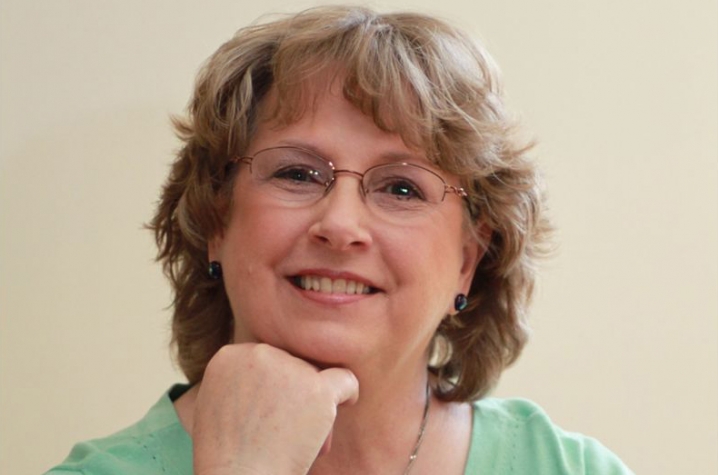 Adkins was one of three finalists for the Martha Layne Collins Leadership Award which was presented at the group's 11th annual Women's Business and Leadership Conference held in Lexington.

“Gwenda is a strong leader who understands the importance of working together and going the extra mile, which is what makes her a great example of how women can impact the workplace and the community,” said Janet Holloway, executive director of Women Leading Kentucky.

Since 1998, she has helped to generate nearly $1.5 million in grants from a diverse set of funders, including the Mary Reynolds Babcock Foundation, the Paul and Lucille Caudill Little Foundation, the Steele Reese Foundation, the U.S. Department of Transportation, the National Endowment for the Arts and the Kentucky Agricultural Development board.

Her efforts with the Laurel Gorge Cultural Heritage Center helped Elliott County achieve the highest percentage of tourism growth of all 120 Kentucky counties.

“We can do more together than we can alone, so building collaborative partnerships has always been my philosophy for moving the community forward,” said Adkins, who has spent hundreds of hours of her own time researching available grants and writing proposals that would enrich Elliott County.

With the passing of the tobacco support program, Adkins and others created a regional conference so farmers and families could learn new ways to transform their land-based resources into income-generating strategies. Eventually, this work became the core of FEAT (Eastern KY Foothills Eco-Agri-Tourism), and there are now plans for moving the organization to the next stage.

Mary Sias, president of Kentucky State University, who has led the institution to enrollment and program growth, was named as the 2010 recipient of the Martha Layne Collins Leadership Award. Beth Mann, general manager of WKDZ/WHVO in Cadiz, was the other finalist for the honor. Mann recently led her station to be selected as the Outstanding Small Market Radio Station in America, receiving the industry’s highest award, The Marconi.

Adkins expressed her appreciation to the people of Elliott County.

"I didn't bring home the Martha Layne Collins Women in Leadership Award trophy but I feel I was a winner," said Adkins. "For a few minutes, I shared a stage with Governor Collins, a true hero for Kentucky women.  I was surrounded by family, friends, co-workers, supervisors, and great wishes from others.  I congratulate President Sias. She is truly deserving of the award. However, she could never have a greater feeling of pride, support and accomplishment than I have. These feelings are mine because of you and all the support you have given me through the years. As the song says 'you lift me up.' Thanks so much."