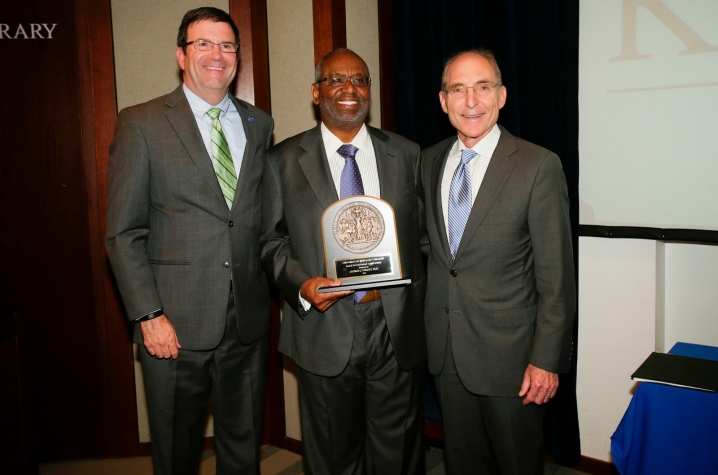 LEXINGTON, Ky. (Aug. 6, 2015) — Nominations are now sought for the 2016 University of Kentucky Libraries Medallion for Intellectual Achievement. Nominations for the honor will be accepted through Aug. 14.

The UK Libraries Medallion for Intellectual Achievement, one of UK's most prestigious awards, was first awarded in 1990 to recognize high intellectual achievement by Kentuckians and to encourage education and promote creative thought. Final selection of the medallion recipient is determined by majority vote of the UK Libraries National Advisory Board.

Candidates, either a person or group, may be nominated with completion of the application and a nominating statement that describes the intellectual achievement realized in a scientific, artistic, literary, social, or humanitarian field; significance of the achievement; and endorsements or verification of the work.

Members of the general public are welcome to submit nominations. More information can be found online at http://libraries.uky.edu/forms/IAA_Nomination_Letter_-_UK_Libraries_2016.pdf, along with the 2016 nomination form.