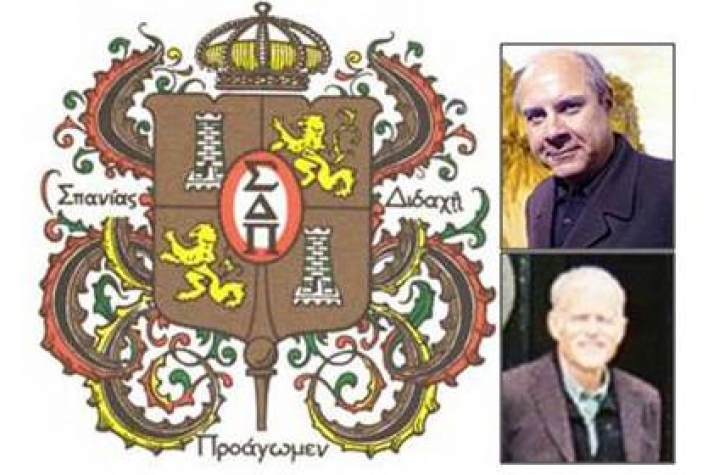 Santí's excellent record of scholarship earned him the international distinction. He will join past inductees, including literary greats such as Carlos Fuentes, Carmen Laforet, Fernando Arrabal and Camilo José Cela in the Order.

Stanton was inducted into the Order of the Discoverers for his exceptional record in the profession, as well as his promotion of the ideals of Sigma Delta Pi.

Past inductees into the Order of the Discoverers include renowned scholars like Vanessa Montfort, Antonio Porpetta, Carmen Laforet and Carmen Conde.

Established in 1919 at the University of California, Berkeley, Sigma Delta Pi honors those who have completed three years of study of college-level Spanish, including at least three semester hours of a course in Hispanic literature or Hispanic culture and civilization with a minimal grade point average of 3.0 in all Spanish courses taken.

Candidates must also rank in the upper 35 percent of their class--sophomore, junior, or senior--and must have completed at least three semesters or five quarters of college work. Graduate students may also be elected to membership upon completion of two graduate courses in Spanish with an average which, if continued, will make them eligible for a graduate degree.

With 567 chapters nationwide and its national office at The Citadel in Charleston, S.C., Sigma Delta Pi is a member of the Association of College Honor Societies, the nation's only certifying agency for college and university honor societies.