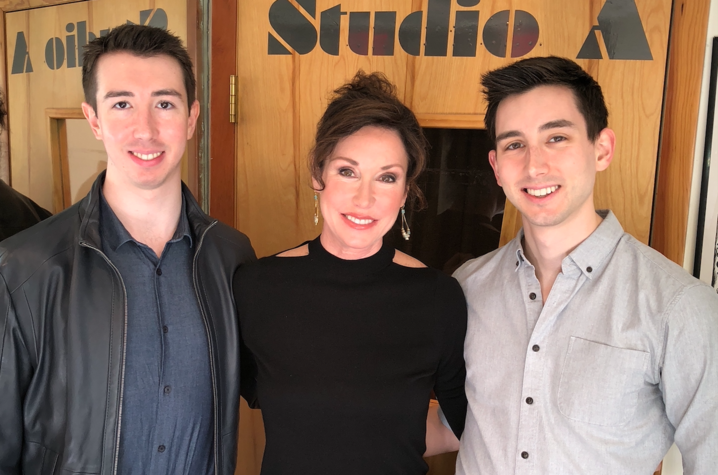 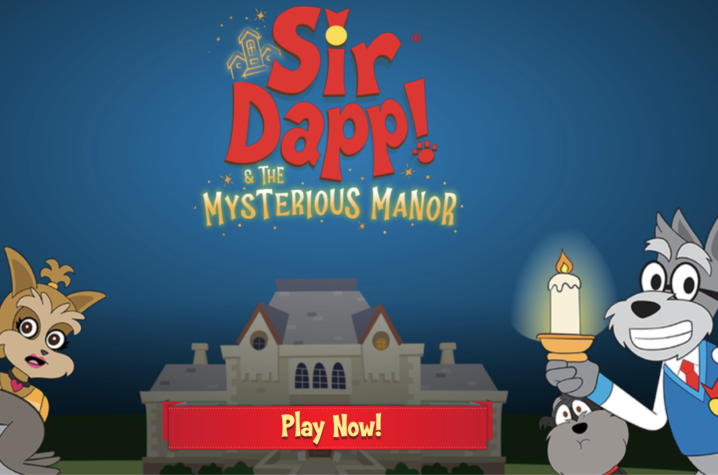 LEXINGTON, Ky. (Oct. 21, 2021) — When her sons were being bullied in school by other kids, one University of Kentucky College of Communication and Information alumna was devastated and aggravated. After exhausting the proper channels for action, she decided to turn the tables on the bullies through education.

Jeanne Marie Tidwell, a 1983 communication graduate, took the writing confidence she had gained at UK to create a cross-media series aimed at teaching children from kindergarten to third grade the importance of the Golden Rule, kindness, manners and empathy. Soon, she will be adding an online game to her repertoire that already includes an interactive mobile app, full-length musical album and Ph.D. created school curriculum.

The “Sir Dapp!” series follows a rapping, dancing Schnauzer, named Sir Dapp, and his family and friends as they navigate social situations — teaching by example the right and wrong ways to do things not only for themselves but others.

While the fictional world Tidwell created is quite literally all fun and games, her family acknowledges the inspiration behind it was much darker. Tidwell’s adult sons, Steven and Kyle, have vivid memories of their ordeals in school and understand there wasn’t much their mother could do at the time to stop it.

“Through the experiences that I was having, I know my mom was there in every step of the way when there was an issue where we had to talk to a teacher, talk to another parent,” Steven said. “She was always there to kind of be the advocate.”

Tidwell’s sons were told by teachers to “stop tattling” while the administration told their mother that there was nothing they could do. The bullying eventually got so bad for Kyle that switching schools was the only solution.

“Being bullied is never easy, especially as a kid, and you’re growing up in an environment that doesn’t make you feel very good,” Kyle said. “My mom went through it with us. So, it’s just as difficult for the parent as it is for the child.”

As difficult as it was for Tidwell and her family, she used the experience as creative fuel. Before Kyle, the younger of the two siblings, had graduated high school, the idea for “Sir Dapp!” was born.

“I channeled what I was feeling about my children being bullied and the frustration I had in trying to think of ways that I could help maybe other kids relate to each other better and understand that no one wants to be talked down to, no one wants to be harassed,” Tidwell said. “And I was able to use my communication and writing skills and formulate the basis for what became the ‘Sir Dapp! Game Show’ app that we launched in 2018.”

The app showcases social emotional type categories that direct children to complete reason-based rhymes and solve whodunit mysteries, creating a fun platform for children to absorb lessons in consideration of others, self-care and social and environmental responsibility. While Tidwell had originally wanted to create a children’s television show, she and her sons realized that an app would be a better avenue and more effective since it is interactive and mobile. The digital product studio heading the project, Lightseed Inc., then had the app reviewed by Natascha Crandall, a Ph.D. expert in children’s growth and development, to create the curriculum for teachers.

Creating the “Sir Dapp!” concept and bringing it to fruition was a family affair under the organization name Crystal Tree Group. Tidwell provides the creative backbone and writing, Kyle provides the business and marketing expertise, and Steven helps with game design, public outreach and a little bit of everything else. Tidwell’s husband, Steve, joins his wife as an investor in the products.

Kyle was the one who suggested creating an accompanying album for the “Sir Dapp!” crew. The cross-genre musical album, “This is Our Time,” features all of the characters who make up the fictional band, Sir Dapp & the Paw Prints, and explores similar lessons featured in the app along with messages of self-empowerment, diversity and the power of words. Despite writing moral lessons into the lyrics, Tidwell wanted the musical quality of the album to be enjoyable to everyone, not just kids. To achieve this, they worked with Miami Beach Recording Studios and music technologist Luciano “Looch” Delgado, who has worked with talents like Bonnie Pointer and Cee Lo Green. Three songs on the album have won awards from the Great American Songwriting Contest and the John Lennon Songwriting Contest.

The family is currently working with the United Kingdom-based digital development studio Dubit on an online game version of “Sir Dapp!” to be featured on the Roblox platform that presents the brand’s values in a treasure hunt genre. The game, titled “Sir Dapp’s Mysterious Manor,” will launch Oct. 25. With Dubit’s clientele of companies like Discovery Channel and Cartoon Network, Tidwell hopes the game will bring them enough attention to attract a publisher for the handful of children’s books she has already written that expand on the world of “Sir Dapp!”

With all these different avenues and the expansion of their reach, she wants her creations to help young kids communicate better with one another to prevent the physical and emotional turmoil her sons experienced.

“I don’t want any kid to ever feel that way. That’s what drives me,” Tidwell said. “It’s important. Someone has to talk about it. That’s the main drive for all of us.” For more information about the “Sir Dapp! Game Show” or Sir Dapp & the Paw Prints, visit https://sirdapp.com/. If you would like more information about “The Mysterious Manor,” visit www.roblox.com/games/6336130187/The-Mysterious-Manor-PRE-ALPHA.