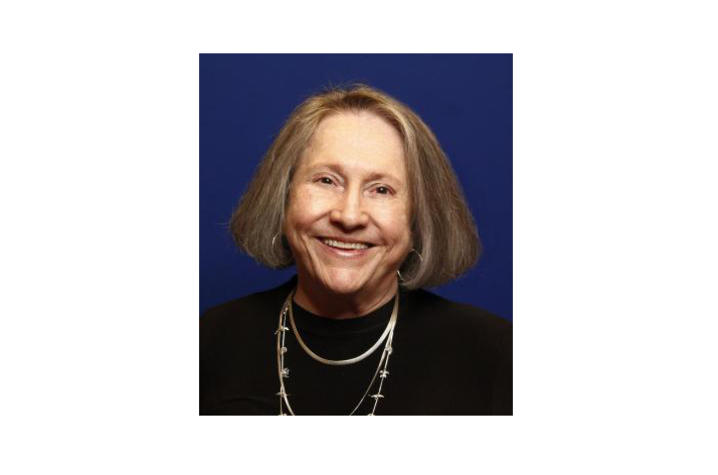 LEXINGTON, Ky. (Nov. 15, 2022) — The 2022 James Madison Award recipient for service to the First Amendment is Elizabeth “Scoobie” Ryan, who has delivered high-quality journalism education and instilled in students the importance of their First Amendment rights as citizens and news media professionals as a deeply respected faculty member in the School of Journalism and Media in the College of Communication and Information at the University of Kentucky. The school and its Scripps Howard First Amendment Center present the award annually.

Ryan earned her bachelor’s degree in journalism from the University of Missouri and master’s degree in telecommunications and First Amendment law from the Antioch School of Law in Washington, D.C. She was a radio reporter, producer, writer, editor and engineer during her broadcasting career at stations in Indiana, Massachusetts and Colorado. She taught part-time in the UK School of Journalism and Media starting in 1988, and joined the faculty as an assistant professor in 1996, eventually becoming associate professor and associate director of the school. In addition to teaching media law and broadcast journalism, Ryan has developed numerous courses that underscore the application of First Amendment principles that have bolstered the school’s curriculum, including law, media and sports, and media and diversity.

“Scoobie brings a wealth of professional experience, legal discipline and enthusiasm for journalism to the classroom and her advising of students,” UK Extension Professor Al Cross said. “She has also been a most valuable player in the School of Journalism and Media, helping it advance its First Amendment mission.”

School Director Erika Engstrom said, “Professor Scoobie Ryan lives and breathes the First Amendment and through her excellent teaching of its essence and high standards has fostered and encouraged in her students, both current and former, the highest ideals of press freedom and responsible journalism throughout her career as one of the best instructors at the University of Kentucky and indeed in the Commonwealth.”

The James Madison Award is scheduled to be presented at the Scripps Howard State of the First Amendment Address, delivered by University of Kansas media law expert and scholar Genelle Belmas, 6 p.m. EST Thursday, Nov. 17, via Zoom. This year’s address will focus on free speech in social media and online gaming. Details of the event are posted at https://ci.uky.edu/jam/state-first-amendment-address.

The James Madison Award is presented annually by the School of Journalism and Media to honor those who have made outstanding contributions to First Amendment rights. The award was created in 2006 and honors the nation’s fourth president, whose extraordinary efforts led to the ratification of the Bill of Rights. Awardees must have significant ties to Kentucky, and their efforts must have resulted in the preservation or expansion of freedom of the press and/or freedom of speech. The James Madison Award recognizes a long-term commitment to these ideals.