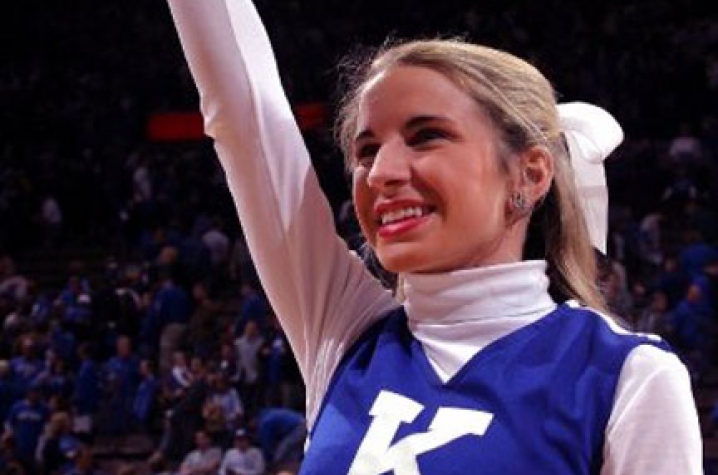 LEXINGTON, Ky. (May 10, 2010) - University of Kentucky alumna Kelly "Drew" Bewley has always been passionate about two things: cheerleading and journalism. And less than one year after graduating from UK's School of Journalism and Telecommunications, she has successfully merged her two passions together by creating a magazine especially for cheerleaders and serving as the publication's editor-in-chief.

The Cheer Leader, LCC magazine officially launched this past January, but Bewley, along with her sister Jamie Bewley Byrd, who is co-editor and publisher of the magazine, as well as a 2004 UK College of Engineering graduate, were building their business in March 2009, before Bewley had even graduated.

"The Univerity of Kentucky cheerleading team has 18 national titles, and Kentucky is a state that dominates the cheerleading world," said Byrd. "It made perfect sense for The Cheer Leader to be based right here in Kentucky."

Bewley, who has been involved in cheerleading her entire life, was also a UK varsity squad cheerleader for four years, winning three national titles at the UCA National College Cheerleading Championships.

"Cheerleading has given me so many opportunities and it will always play a major role in my life," Bewley says on the magazine's website.

The Cheer Leader features spotlights on individual cheerleaders and their personal stories, "how to" and preparation sections, advice columns, photos, and news in the cheerleading world, including competition information and reviews representing all levels of cheerleading.

While the print journalism field has experienced hardships in recent years, the Bewley sisters have managed to be successful by creating a magazine that is unique in its subject.

"There are four million cheerleaders in the U.S.," said Bewley, "so there is a good niche for a magazine like The Cheer Leader within that market."

In a little over five months, the magazine has gained over 5,000 subscribers from 27 states and seven countries and has almost 13,000 fans on its Facebook fan page.

For more information on the magazine, visit thecheerleadermagazine.com.