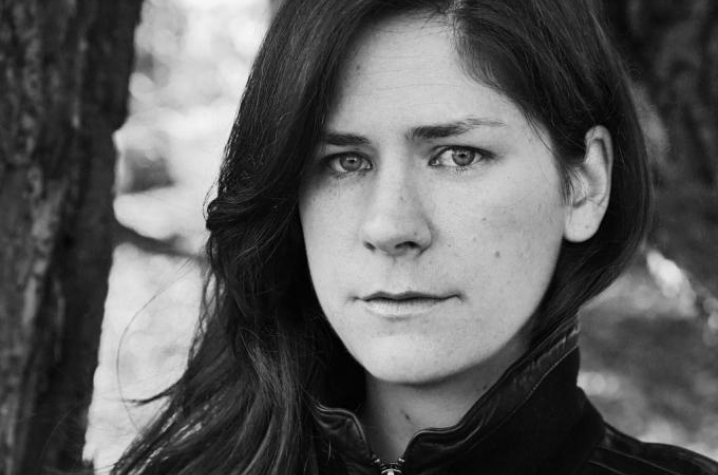 LEXINGTON, Ky. (Aug. 9, 2016) — Hannah Pittard, University of Kentucky assistant professor of English and creative writing, continues to impress the literary world with her third novel, “Listen to Me.”

Designated as “an emerging voice,” Pittard’s “Listen to Me” was on Buzz Book’s list of must-read books in 2016. On July 5, Washington Post’s mysteries and thrillers reviewer Patrick Anderson called “Listen to Me” a “captivating” novel. In Saturday’s New York Times, critic Erica Wagner said Pittard “creates…the feeling of emotional truth.”

Pittard’s thriller/mystery is about a young couple who fear their marriage is driving them both crazy. The young wife hasn’t recovered from a terrifying mugging; her husband thinks she’s taking it all too seriously. The husband is horrified when she begins collecting deadly weapons; his wife surrenders to obsessive, paranoid Internet surveillance. Such is their marital status when they embark on a cross-country road trip with their neurotic dog Gerome in the back seat and a “storm of the century” on the horizon. And what could possibly go wrong on the back roads of West Virginia?

As the Post’s reviewer writes, “All anyone has to do to rediscover the existential anxiety of the frontier in the 21st century is to get into a car and drive.”

Pittard’s first novel, “The Fates Will Find Their Way,” was an O, The Oprah Magazine, selection, an Indie Next pick, a Powell's Indiespendible Book Club Pick, and a "best of" selection by The Guardian, Chicago Tribune, Details magazine, The Kansas City Star, Chicago magazine, Chicago Reader and Hudson Booksellers. Her second novel, "Reunion," garnered Pittard several honors, including a Millions' Most Anticipated Book, a Chicago Tribune Editor's Choice, a BuzzFeed Top-5 Great Book, a Best New Book by People Magazine, a Top-10 Read by Bustle Magazine and LibraryReads, a Must-Read by TimeOut Chicago, and a Hot New Novel by Good Housekeeping. She is the winner of the 2006 Amanda Davis Highwire Fiction Award and a MacDowell Colony Fellow.

Jeffory Clymer, chair of UK's English department, said, “Hannah Pittard is a literary star whose third novel cements her reputation for writing elegant, provocative fiction. She is a key member of a new generation that is taking our well-established creative writing program to the next level of national prominence.”