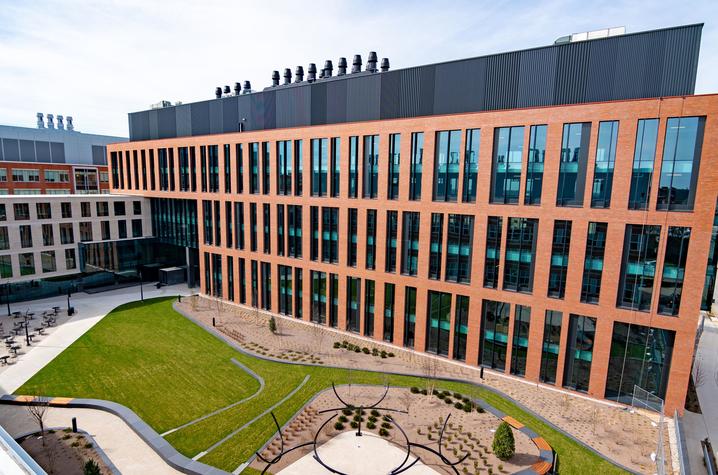 LEXINGTON, Ky. (April 19, 2019) — What impact does University of Kentucky research have on the Commonwealth? The UK Research 2018 Annual Report provides a snapshot of UK’s research: from the opening of the Healthy Kentucky Research Building, to statewide economic impact and national R&D rankings, to innovative federally funded research projects in the six areas that fall under a new program — the Research Priorities Initiative.

“The UK Strategic Plan charged UK Research with investing in existing strengths and areas of growth that benefit and enrich the lives of the citizens of the Commonwealth and beyond,” said Lisa Cassis, vice president for research. “We selected six priority areas that have clear local relevance, in which we are successfully competing for federal funding and we are poised to expand — substance abuse, cancer, diabetes & obesity, cardiovascular diseases (these four areas will have research teams in the new Healthy Kentucky Research Building), energy and neuroscience.”

The Research Priorities Initiative is funded by the Office of the Vice President for Research. Cassis explained, “As part of this initiative, we are using strategic investment funds to seed innovative collaborative research and help investigators secure additional federal funding. More than $2.5 million will be distributed across these priority areas, and this year an additional $1 million will support substance abuse/opioid-related projects because of the great needs within our state.”

Researchers interested in becoming team members on collaborative projects within the Research Priorities Initiative can contact leaders in each area (see www.research.uky.edu/rpi).

The cover of the report features the 300,000-square-foot Healthy Kentucky Research Building that opened in 2018 and two Markey Cancer Center researchers who work on the third floor, Kate Zaytseva and Nasar Jafari. Ultimately, 500 scientists (principal investigators, postdocs, graduate and undergraduate students), will work in this unique facility to develop solutions that are rapidly translated to communities where they can make a difference.

UK President Eli Capilouto said, “At the University of Kentucky, we believe we can tackle some of the most daunting health challenges plaguing Kentucky. That belief is core to who we are. We thank our researchers. Their dogged determination and deep compassion already are making an impact, and this facility is the bridge to a brighter future.”

In fiscal year 2018, UK investigators brought in $333.8 million in research awards. Of that total, $200 million were federal grants, including $120.6 million from the National Institutes of Health.

The 2017 Higher Education Research and Development (HERD) Survey, conducted by the National Center for Science and Engineering Statistics, ranked UK 62nd out of 644 institutions and 41st among 400 public institutions. These rankings were based on $378.4 million in research expenditures for FY 2017.

Research drives innovation, but it also creates jobs and improves Kentucky’s economy. Expenditures of $378.4 million contributed to $698 million for Kentucky’s economy, including $227.8 million in labor income and more than 4,260 jobs across the state in the research and scientific sector, according to the UK Center for Business and Economic Research.