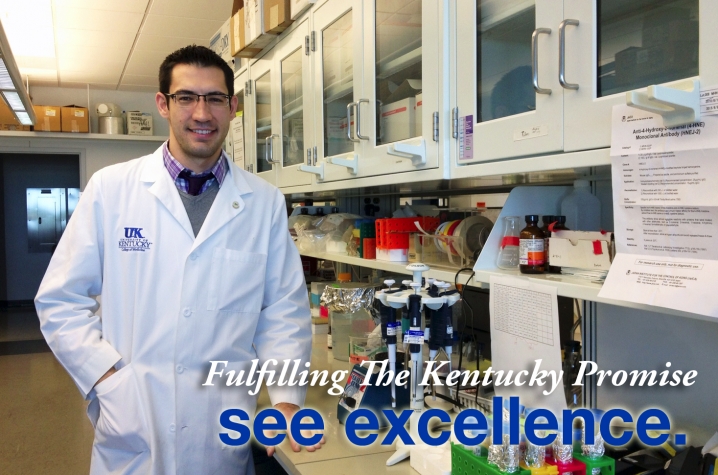 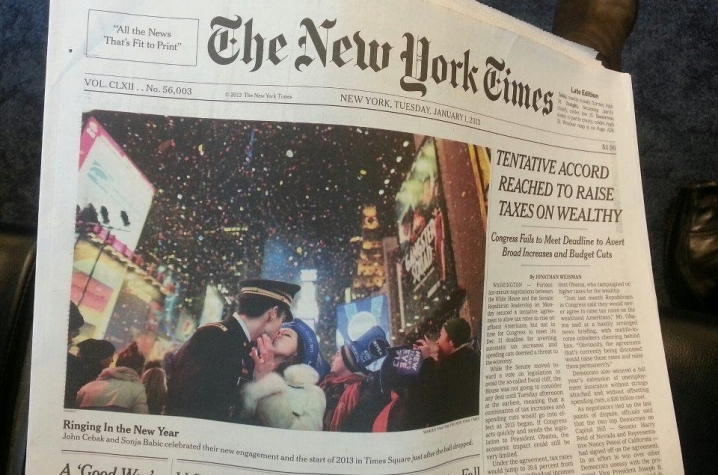 LEXINGTON, Ky. (June 7, 2013) — He's only 27, but Johnny Cebak is a veteran of combat in Iraq, a University of Kentucky doctoral candidate studying neurotrauma, a survivor of brain trauma and post-traumatic stress disorder himself, and a National Guard officer. He has even been on the cover of the New York Times. The story of his academic, military and personal excellence is a tale of determination, support from key individuals and achieving a balance between his academic and military commitments.

The day after his graduation from Meade County High School in 2003, Cebak headed to basic training as a member of the Army National Guard. Soon after, he received specialized training as a combat medic. He later enrolled at the University of Kentucky as an undergraduate student. Less than two years after enrollment, however, he answered the call of duty by volunteering to go to Iraq in 2005-06, just as the insurgency in that country reached its peak.

After returning from active duty to complete his studies at UK, Cebak became interested in traumatic brain injury (his interest piqued in part by his experiences as a combat medic, and having received a blow to the head in a vehicular roll-over himself). He became interested in research as a student working with Phillip Bonner of the UK College of Arts and Sciences Department of Biology.

"One thing that kept me in school was Dr. Phil Bonner," Cebak said. "He showed me the benefit of research."

As a senior at UK, he contacted Edward Hall of the UK Spinal Cord and Brain Injury Research Center (SCoBIRC) to ask if he could take his graduate-level neuroscience class "Central nervous system injury and repair." Cebak took the class, and earned an A. After completing a summer internship in Hall's laboratory, Cebak began formal studies as a graduate student in the UK College of Medicine and SCoBIRC. At the beginning of 2013, he passed his qualifying exams and is now a doctoral candidate studying neurotrauma in the UK College of Medicine Department of Anatomy and Neurobiology.

Cebak is engaged in the study of pharmacological treatments for traumatic brain injury. After completing his doctorate, he hopes to go to medical school, then to build a career as an Army physician and scientist, engaging in a program of clinical research.

"I'm hoping to fuse the gap between basic and clinical science," Cebak said.

Just as he hopes to unite academic and clinical medicine in his professional career, Cebak has successfully combined the roles of soldier and student throughout his education.

"Key people in my life have helped me get through my experiences. I have received a lot of emotional support from my brother, Tony Cebak, and my fiancée, Sonja Babic. It has also been a relationship between UK and the National Guard. My National Guard unit, the HHB 138th, has been so supportive. Dr. Hall played a pivotal role in where I am now," Cebak said.

Cebak was enlisted in the Army for nine and a half years, then after earning two bachelor's degrees he applied for a direct commission. He is now a First Lieutenant (and even met his fiancée, an Army dentist, through officer training). Cebak plans to remain with the Army, eventually serving as a physician-scientist specializing in traumatic brain injury clinical practice and research.

Oh, and about that fiancée — Cebak proposed to her on national television, broadcast from New York City's Times Square on New Year's Eve 2012. He wrote a series of essays to win a competition sponsored by the Nivea corporation, in order to earn the opportunity to be featured in a segment during the broadcast. He also wrote his military commanders to ask permission to propose while in uniform on television. While he was making the arrangements to travel to New York to surprise his then-girlfriend, he was also in the middle of finishing his qualifying exams at UK, so he was quite busy. But he says it paid off.

"I think she was thoroughly surprised," Cebak said (an understatement to be sure). A photo of the couple ran on the Jan. 1, 2013, cover of the New York Times.

Cebak credits his achievements to support from family, friends, the Army and UK, along with a bit of luck. "Windows of opportunity opened up at the right time," he said. But his success is also clearly due to his commitment to excellence in academics, military service and his personal life.