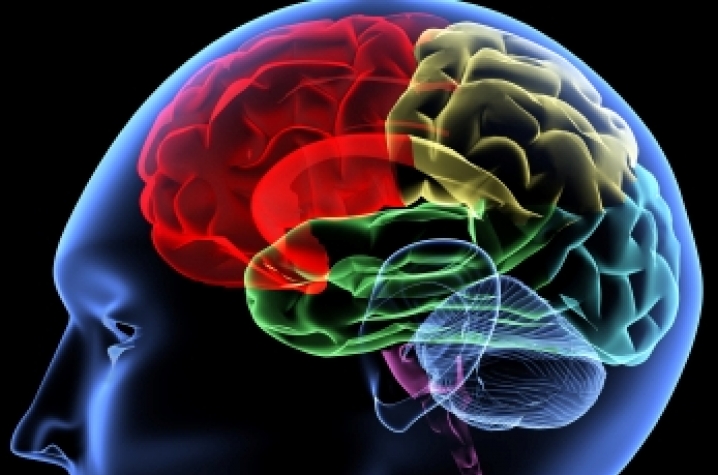 LEXINGTON, Ky. (Nov. 5, 2013) — As the population of older adults continues to grow, researchers at the University of Kentucky Sanders-Brown Center on Aging are engaged in work to understand the mechanisms of a variety of diseases that predominately affect those of advanced age.

Three recent papers authored by Dr. Peter Nelson and others at the University of Kentucky Sanders-Brown Center on Aging, explore the neuropathology behind a little-understood brain disease, hippocampal sclerosis (known to scientists and clinicians as HS-AGING). HS-AGING, much like Alzheimer's disease, causes symptoms of dementia - cognitive decline and impaired memory - in aged persons. Although Alzheimer's disease is probably the most recognized cause of dementia, HS-AGING also causes serious cognitive impairment in older adults.

In those who live to a very advanced age (beyond the age of 85) HS-AGING is almost as prevalent as Alzheimer's. Remarkably, HS-Aging appears to be a completely separate disease from Alzheimer's, although it is almost always diagnosed as Alzheimer’s disease while people are alive.

The first paper, published in the Journal of Alzheimer's Disease, draws from a very large sample population and shows that presently around 20 percent of all dementia cases are diagnosed as HS-AGING at autopsy, although almost none are given that diagnosis during life. That means that the presence of this disease is currently almost unknown by the health care providers who are seeing patients.

Research of this kind could only be done with the collaboration of the National Alzheimer’s Coordinating Center (or “NACC”; the first author of this study, Willa Brenowitz, is based in Washington state and works with NACC), enabling Nelson and colleagues to incorporate data from dozens of federally funded Alzheimer’s Disease Centers around the country. These centers are funded by the National Institute on Aging, part of the National Institutes of Health. The research was supported by NIA grant numbers U01 AG016976 and P30 AG028383.

A second study, "Arteriolosclerosis that affects multiple brain regions," appears in a recent issue of the journal Brain, and looks at small blood vessels in patients with HS-Aging and describes a specific change, called “arteriolosclerosis,” which is present in patients with HS-Aging.  This small blood vessel change may provide a new therapeutic target to alter the progression of the disease.  These analyses were also boosted through collaboration with the larger NACC-based dataset.  Further, the first author, Dr. Janna Neltner, provided critical expertise in digital pathologic measurement of the brain.

Finally, the third paper, "Hippocampal sclerosis of aging, a prevalent and high‑morbidity brain disease," appears in Acta Neuropathologica and offers an overview of HS-AGING for patients and researchers.  This paper reviews the relevant scientific literature and also presses home the point that HS-AGING is a very common disease that exerts a strongly adverse impact on public health.

It is important for physicians and scientists to understand the unique pathology of HS-AGING, and to be able to differentiate it from other diseases, as it is only by making an accurate diagnosis that clinicians can hope to treat people who present with signs of cognitive decline. These current studies represent a leap forward in the knowledge base about HS-AGING, and represent potential new paths to explore for diagnosis and treatment of this serious, but under-appreciated brain disease.