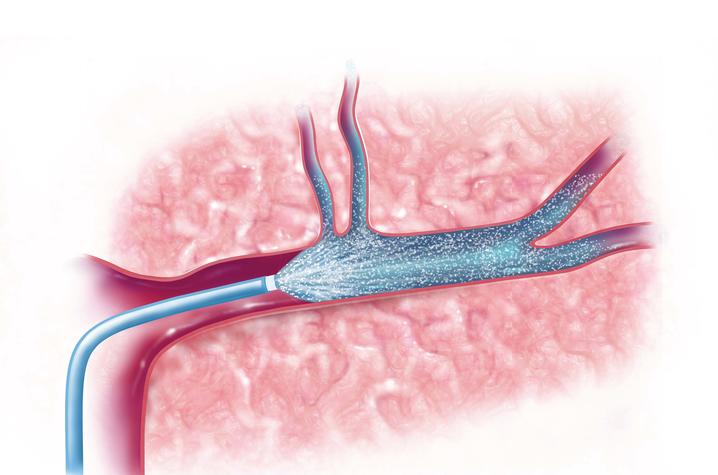 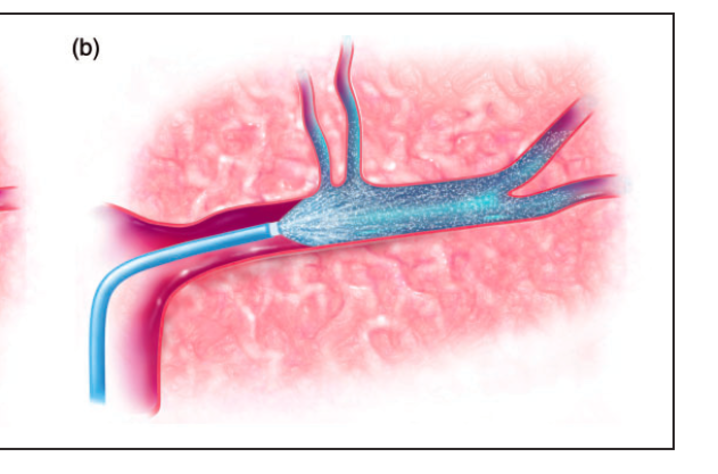 LEXINGTON, Ky. (Dec. 21, 2017) — The combination of a new clinical trial and a tissue bank is innovating stroke care and research at the University of Kentucky. Led by a multidisciplinary team of clinicians and scientists, the studies aim to develop new treatments using existing therapies that protect brain tissue after a stroke, and to learn more about the physiology of the event.

The MAVARIC (Magnesium and Verapamil After Recanalization in Ischemia of the Cerebrum) clinical trial leverages existing standards of care and approved drugs to improve how the brain heals following a stroke. The related BACTRAC study is developing a tissue bank of thrombi (stroke-causing clots) and distal and peripheral blood to examine the immediate molecular changes that occur at the stroke site. Both the MAVARIC trial and the BACTRAC study are the first of their kind.

The burden of stroke is especially severe in Kentucky, where it’s the third leading cause of death (compared to fifth nationally) and occurs at earlier ages than in the rest of the country. Globally, stroke is the leading cause of morbidity and physical incapacity.

Despite the prevalence of stroke, current standards of care include only two potential treatments. One is a drug called tPA, which, if administered quickly enough, can break up the clot that caused the stroke. This treatment, however, has a limited window of opportunity—three to four and a half hours — and can exacerbate injury if delivered too late. The second treatment option is a thrombectomy, where the clot that caused a stroke is physically removed through a catheter inserted into the blood vessel. The therapeutic window for thrombectomy is much longer, sometimes up to 24 hours.

Even with the advances of tPA and thrombectomy, which can be highly effective in removing the cause of the stroke, neither therapy treats the injury inflicted by a stroke.

“Thrombectomy has become common and widely effective, but only 60 to 70 percent of patients will be independent in three months — so there is more to be done,” said Dr. Fraser, director of cerebrovascular surgery at UK and one of the principal investigators of the MAVARIC trial.

In the hope of improving stroke outcomes by treating the injured area of the brain, Fraser partnered with Dr. Gregory Bix, director of the UK Center for Advanced Translational Stroke Science, to look at repurposing existing drugs that, in combination with thrombectomy, could limit brain tissue damage and promote healing in stroke survivors.

“After the clot is removed through the catheter, there’s immediate access to the site in the brain where the injury is occurring. We’re taking therapeutics that already exist and putting them into the catheter immediately after we remove the clot, so that the drug is delivered directly to the stroke-affected area of the brain,” Bix said.

Fraser and Bix began by repurposing an existing calcium channel blocker called Verapamil, which is mainly used to treat heart arrhythmias but is also FDA-approved for use to relax brain blood vessels that contract after a thrombectomy. Fraser had noticed anecdotally that patients who received Verapamil during a thrombectomy had better outcomes than their imaging and symptoms would have predicted.

In a previous preclinical study and Phase I trial—the first in the world to pair thrombectomy with immediate, intra-arterial administration of a neuroprotective drug — Fraser and Bix found that intra-arteria delivery of Verapamil was safe. Furthermore, in cell culture and animal models of stroke, it was effective in preventing significant ischemia-induced injury. But they understood that Verapamil alone wasn’t addressing the complex process of damage caused by stroke.

“There’s not going to be a single magic bullet in terms of drugs. When someone has a stroke, multiple pathways get activated and damaged. If you give a drug that addresses only one pathway, it doesn’t treat everything. So we need to try combining drugs,” Fraser said.

In the MAVARIC trial, which opened in October, Fraser and Bix are now investigating whether combining magnesium with Verapamil can bestow even greater neuroprotective benefits. Magnesium has previously been studied for its potential to protect the brain after a stroke, but this trial is the first to intra-arterially deliver a neuroprotective “cocktail” to the stroke site. A total of 30 stroke patients will be enrolled; stroke size, safety, and functional and cognitive outcomes will be evaluated through randomized, blinded outcome assessment.

“By using the catheter that was inserted to remove a clot, we’re then able to deliver neuroprotective drugs directly into the brain tissue that was just reopened,” Frasier said.

The combination of Verapamil and magnesium was first validated in preclinical models before moving to a clinical trial.

“When I used these two drugs in experimental stroke models, it demonstrated very cleanly that there was a significant reduction in mean infarct volume — in other words, smaller strokes — as well as better functional outcomes. We were the first to model this completely in lab animals,” Bix said.

The trial also includes collaboration with Kentucky Appalachian Stroke Registry, which will enable analysis of thrombectomy and severe stroke patients who might have been candidates for the new procedure, as well as analysis of a rare but increasing stroke condition called moyamoya.

Support for the MAVARIC trial comes from the UK Multidisciplinary Value Program, which funds investigator-initiated clinical trials at UK through support from the College of Medicine, the Office of the Vice President for Research, and the Center for Clinical and Translational Science.

Leveraging thrombectomy technology even further, Fraser, Bix, and Keith Pennypacker, PhD, professor of neurology and associated director of the UK Center for Advanced Translational Stroke Science, are developing a stroke tissue bank that will greatly enhance stroke research through increased molecular understanding of the injury.  The BACTRAC (Blood and Clot Thrombectomy Registry and Collaboration) study is the first to collect and analyze both the stroke clots and surrounding blood.  The samples are obtained as a matter of standard thrombectomy procedure and require nothing additional. The process does, however, rely on a highly collaborative process of tissue collection and informed consent that will enable inclusion of nearly every thrombectomy case at UK.

“We have a pager — we call it the Thrombectomy Pager — and when it goes off, everyone involved swarms together. One of the people who carries a pager is a researcher who will come in and process the samples on the spot. There’s centrifuge right outside the angio suite,” Frasier said.

Clot and blood samples are analyzed to examine protein, genetic, and blood gas changes that occur at the stroke site. From early analysis of their first samples, the team is already noticing surprising changes in the blood and tissue where strokes occur. The observations could eventually allow for more targeted treatment of strokes.

“We’re getting the first glimpse of molecular events that are occurring due to the stroke, and some of these events are involved in signaling the immune system,” Pennypacker said. “The inflammation response is essential for the healing of the injury, but sometimes it can overreact and cause additional damage. So if we can get a handle on these molecular events, we can possibly eliminate the molecules that cause excess damage without blocking the beneficial immune molecules.”

In analyzing the first samples they collected, the team has observed calcium depletion in the blood and blood vessel distal to the clot, as well as changes in protein and RNA related to gene expression.

“We’re discovering things about stroke that no one knew six months ago — incredible changes even in single samples that could really help us understand stroke on the very acute, early side of things, which has been very difficult to study until now,” Fraser said.

Eventually, they hope, the BACTRAC study will include enough stroke cases that researchers will be able see how stroke affects people differently based on age, sex, and other health conditions, such as obesity or diabetes. One limitation of current stroke research is that animal research models use predominantly young, homogeneous, male mice, whereas the human population that experiences stroke is older, less healthy and much more diverse.

The main problem in finding cures for stroke is that the patient population is so diverse.

"In basic science animal models, we mostly use a homogeneous population, and we’ve found that they’re receptive to experimental therapies in ways that we don’t always see in humans," Pennypacker said. "But, if we have a huge database with thousands of patients that allows us to pull out various groups and see the differences in their response to stroke, it could give insight into different treatments that work better for people based on age, sex and other health conditions.”

The multidisciplinary innovations of the MAVARIC and BACTRAC studies, which unite patient care and lab research, depend on the combined expertise of scientists, clinicians and research staff.

“There aren’t a lot of places in the U.S. that have this translational integration for stroke between basic research and clinical research," Bix said. "What makes an academic medical center special is that we are at the cutting edge of developing new therapies. Where’s the next cure going to come from? A place like UK — an academic medical center running clinical trials it has developed itself, where people are pushing the envelope.”

To learn more these studies, visit the MAVARIC and BACTRAC clinical trial webpages.

As a designated Comprehensive Stroke Center by The Joint Commission, UK HealthCare is distinguished from other stroke centers for meeting the highest standards of care to receive and treat the most complex stroke cases.