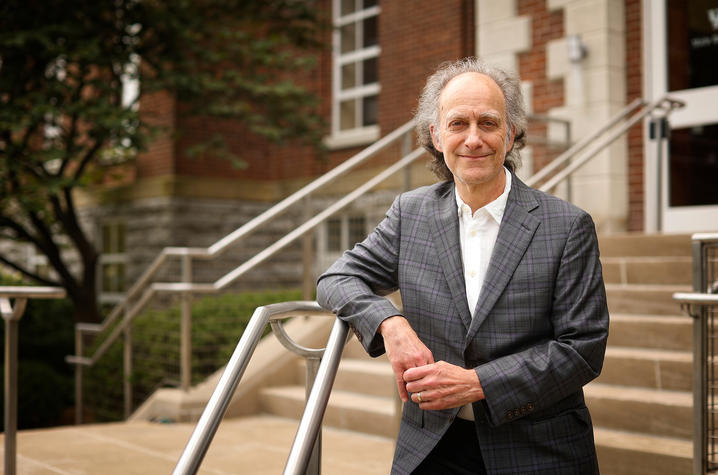 LEXINGTON, Ky. (Aug. 12, 2022) — Theodore Schatzki, Ph.D., professor of geography, and of philosophy and sociology, in the University of Kentucky College of Arts and Sciences, has been named one of 14 University Research Professors for 2022-23.

“It is great to be named a University Research Professor," Schatzki said. "I am especially honored that the college thought that the unusual sort of discipline-stitching work I do is worthy of recognition. The award will be used to advance collaborative projects I am currently working on.”

Schatzki’s research interests lie in theorizing social life. He is widely associated with, and co-organizes a thriving international network on, a theoretical approach called practice theory that is active today in many social disciplines. His current research centers on the digitalization of society.

“I am currently working on two books on the digitalization of social life, which is an incredibly important feature of contemporary societies," he said. "One, which is co-authored with the sociologist Roger Friedland, offers a practice institutional account of contemporary notational technologies such as blockchains, cryptocurrencies and online platforms. The other explores changes in lived experience consequent on the increasing digitalization of the worlds we live through.”

According to the Scopus index list from a 2021 Stanford study, Schatzki was listed as the 13th most cited philosopher in the world in 2020. He has been a research fellow of the Fulbright Commission and the Humboldt Foundation and a visiting professor or researcher at numerous institutions including the University of Exeter, the Max Planck Institute for the History of Science (Berlin), the Institute of Advanced Studies (Vienna), Lancaster University (United Kingdom), University of Zürich, University of Bielefeld (Germany), Free University (Berlin) and University of Bergen. In 2018, he received an honorary doctorate from Aalborg University in Denmark.

In addition to his role as a professor, Schatzki has also served as former senior associate dean in the College of Arts and Sciences, former chair of the Department of Philosophy, and co-founder and former co-director of UK’s Committee on Social Theory.