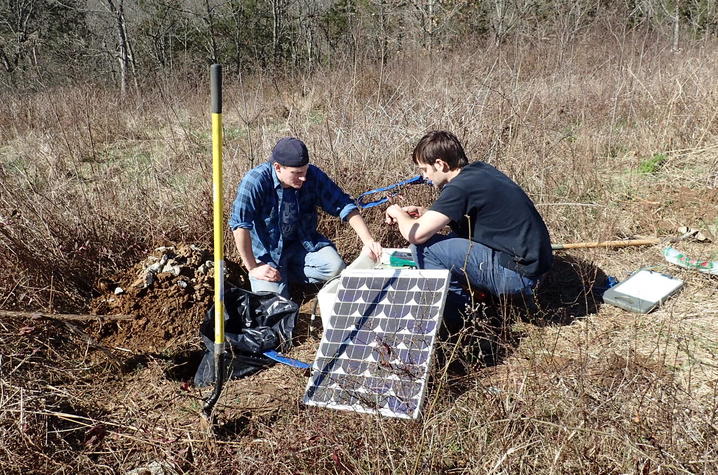 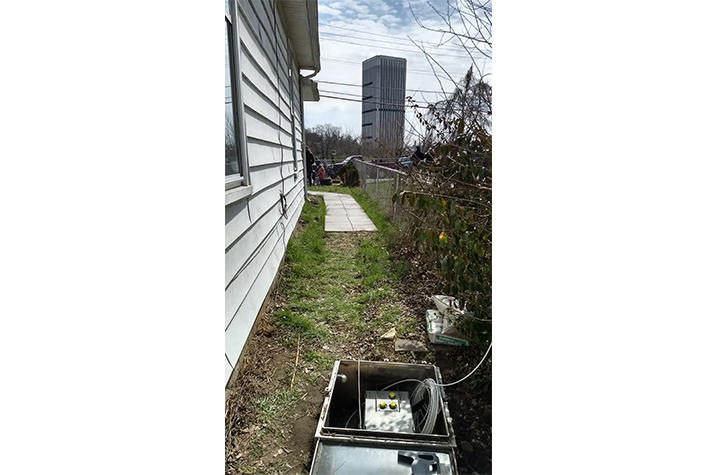 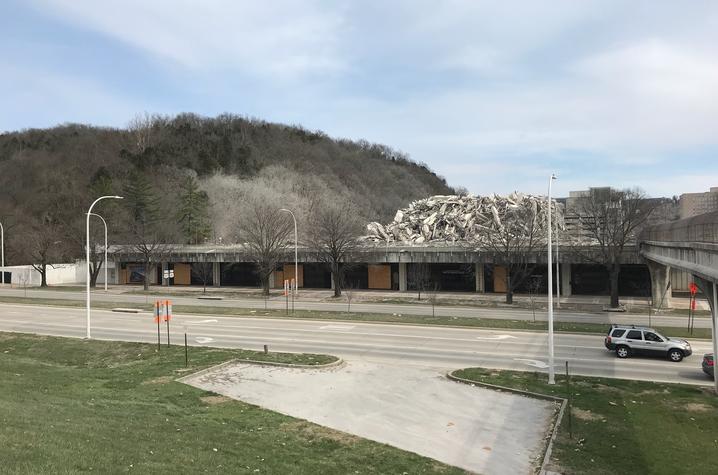 LEXINGTON, Ky. (April 10, 2018) — The intentional destruction of Frankfort’s tallest building, the Capital Plaza Tower, by implosion on March 11 created a public and media spectacle, watched by thousands who gathered near the site and others who saw it on live television broadcasts. For seismologists at the Kentucky Geological Survey at the University of Kentucky, the event provided an opportunity to record earthquake-like waves from a scheduled event, using three seismic instruments situated an average of about 1,300 feet from the tower and a fourth one about 2.5 miles away to record weaker ground motions.

Kentucky Geological Survey (KGS) has published the findings from its monitoring of the event in an 11-page report, “Ground Motions Induced by the March 11, 2018, Implosion of the Capital Plaza Tower, Frankfort, Kentucky.”

With the permission of a couple of landowners, a private business and a state agency, the temporary instruments were set up a few days before the implosion and removed shortly afterwards. A high-speed video camera was also used to record the 10 explosions that weakened and collapsed the 28-story building. That allowed the KGS scientists to correlate the seismic readings with each blast and the building’s impact with the ground.

All of the temporary instruments recorded each explosion and the building impact, but other sensitive instruments around Kentucky in the KGS Seismic and Strong-Motion Network also detected the event. A station in Floyd County, Kentucky, 121 miles away from the implosion, recorded slight motions from the building’s collapse.

Although seismic waves induced by the collapse were detectable at such large distances, among the findings in the report is that in downtown Frankfort “shaking from the event was not likely felt by people, and damage to the built environment was unlikely at the distances of the KGS recording stations.” Analysis of these recordings also showed that there were higher ground-motion accelerations on soil than on rock in the vicinity of the tower. This indicates that, in the event of a nearby, strong earthquake, shaking would be amplified in parts of downtown Frankfort because much of the area is on silt and clay-rich soils associated with the Kentucky River, which flows through downtown. Such soils may amplify earthquake waves and cause stronger shaking on the surface.

Watch a video of the implosion at https://youtu.be/RD4vqdkicfM courtesy of Flightdubs.