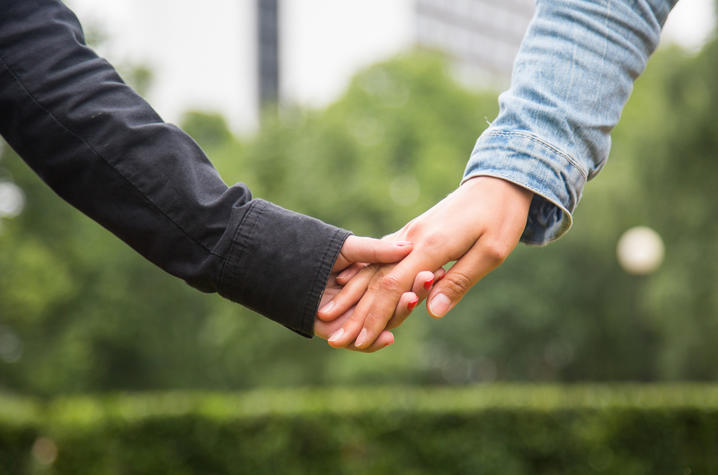 LEXINGTON, Ky. (Dec. 6, 2017) — Women’s sexual desire is influenced by a host of factors, but one factor is often left out by researchers and clinicians. University of Kentucky researchers homed in on that missing piece — the influence of social and cultural issues on desire. In a study published in Sexuality & Culture, the researchers find that these issues are particularly impactful for LGBQ* women.

“The broader sociocultural context of sexual desire can be difficult to study,” said Kristen Mark, associate professor of health promotion in the UK College of Education and the project’s principal investigator. “This was something that needed to be examined qualitatively through in-depth interviews — we weren’t going to be able to adequately understand the complexities of this from a quantitative survey.”

Most female sexual desire research has focused on the influence of three factors: biological (such as menopause and childbirth), psychological (such as anxiety and depression) and interpersonal (such as relationship satisfaction).

Mark, along with doctoral student Dani Rosenkrantz, saw sociocultural issues as the fourth factor, and an area ripe for further exploration. Their study is the first of its kind in comparing desire in LGBQ* and heterosexual women.

The results of their study contribute to the understanding of how desire is influenced by issues such as sexism, religion, attitudes toward aging, gender expectations, body image, sexual orientation discrimination, and changing cultural times.

“Research tells us that social and cultural pressures and minority stress can impact women’s health,” said Rosenkrantz, who is a member of the Sexual Health Promotion Lab at UK, directed by Mark. “We were curious about how these stressors impact sexual desire experiences, which we believe is an important aspect of women’s sexual heath that had yet to be understood.”

The collaborators sought a diverse group and interviewed women who identify as bisexual, lesbian and heterosexual.

“As an interviewer, it was a privilege to be able to sit with these women and hear about this sensitive and personal part of their lives,” Rosenkrantz said. “They were really motivated to increase awareness of their experiences to move this body of research forward.”

“Sexual minority women are not only struggling with the challenges of sexual desire related to being a woman, but also those that come with being a sexual minority,” wrote Mark and Rosenkrantz in the published study. “These challenges are heightened for women identifying as women of color or bisexual. Recognizing the impact of these sociocultural factors is essential for empowering sexually diverse women and providing culturally competent treatment for sexual desire challenges.”