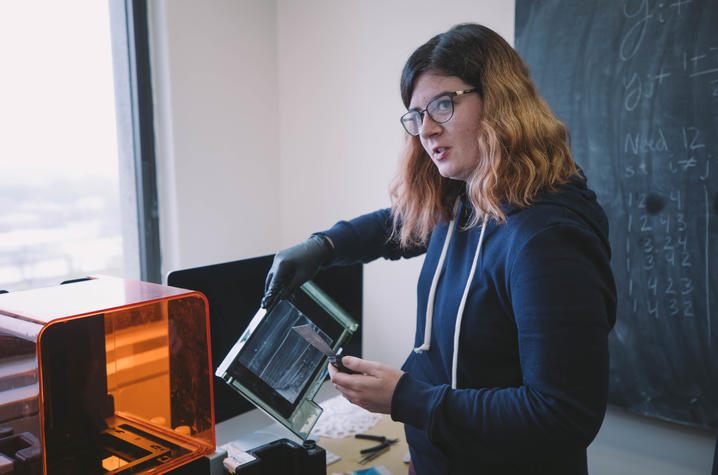 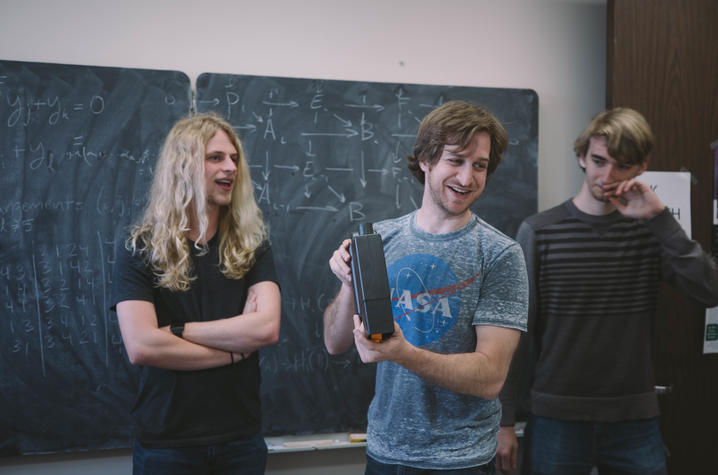 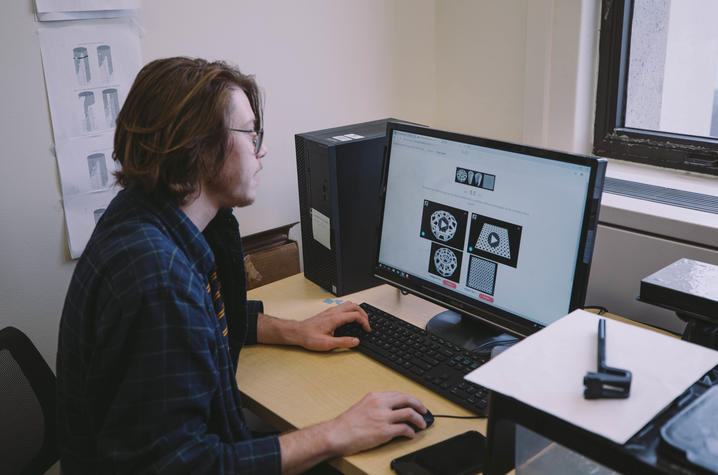 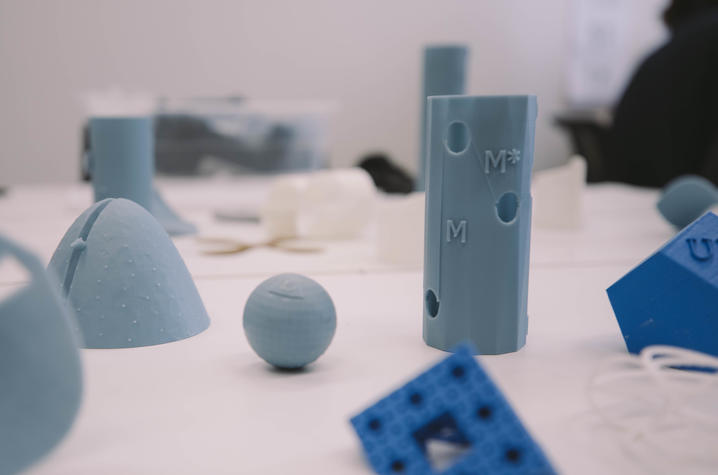 LEXINGTON, Ky. (June 7, 2019) — Over the last few years, the University of Kentucky Department of Mathematics in the UK College of Arts and Sciences has been building and expanding a lab for undergraduates to conduct mathematics research. This project, spearheaded by Assistant Professor Christopher Manon, is a collaborative project with many other professors in the department leading their own research projects, each with their own team of undergraduate students. The projects vary wildly and include attempting to understand the topography of Minecraft, quilting and designing computer software to help compute formal power series. Each of the research projects gives mathematics undergraduates a chance to learn, think about and research their field in a new and exciting way, outside of a classroom.

However, through work in the lab, Manon hopes students are learning to see math as a very human endeavor.

“Understanding the process of discovering and solving mathematical ideas demystifies it for a lot of people when they see mathematics as something that people struggle with and search long and hard for a way to express,” Manon said.

“Math research is really different from classwork because you’re working on open questions,” said Kathryn Schantz, a math junior, who is involved in two groups in the Math Lab. “No one knows the answers, which is exciting, but also sometimes frustrating. A lot of research is figuring out a hundred different ways to approach a problem and just trying ideas until something works.”

Along with their goal of exposing students to the idea that mathematics is an ongoing process, math professors working in the lab also want to give students a way to articulate and express their results in a nontraditional way. An example of this is the visualization project spearheaded by Kate Ponto, associate professor of mathematics, that is finding ways to express mathematical patterns in a way they are not normally represented. This representation takes the form of brightly colored quilting. Right now the group is working on a quilt that illustrates numbers by coloring them according to their smallest prime divisor.

“Along with giving the undergraduates a way to think about mathematics differently, the visualization group is an attempt to make mathematical objects that would look interesting to the broader community, to raise awareness,” Manon said.

Junior math major Angela Vichitbandha says that, along with expanding her knowledge and ideas about mathematics, her time at the lab also allowed her to make more connections within her field. Schantz also credits working closely with her professors on a project outside of the classroom for creating a sense of community within the department.

“I believe participating in research forces you to build useful math skills that you might not practice as much in classes and also means you're exploring topics outside the typical undergraduate curriculum,” Vichitbandha said. “Being more aware of research math has only made me more excited to pursue math further.”