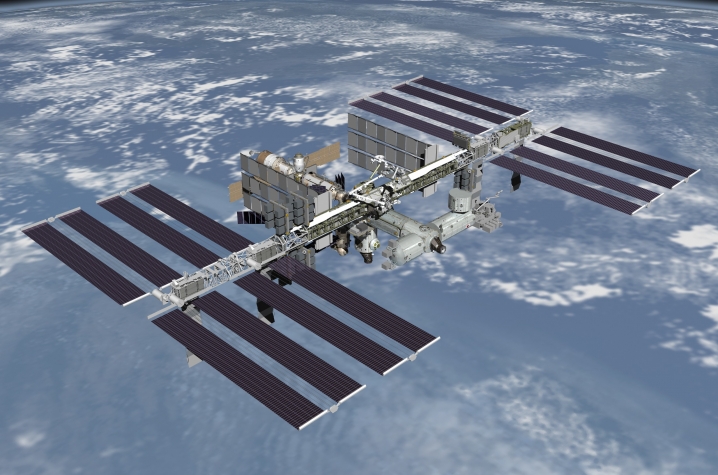 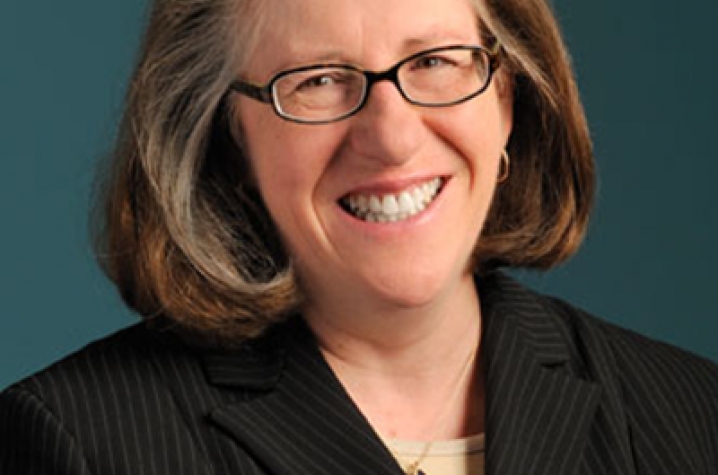 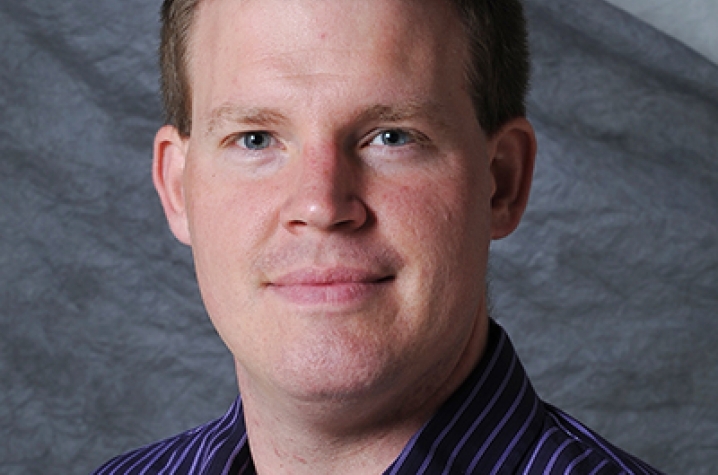 LEXINGTON, Ky. (July 28, 2014) — NASA has awarded a major grant to the University of Kentucky for a research project that will take place, in part, aboard the International Space Station (ISS), but which could yield knowledge with imminently useful applications here on Earth.

The project, a collaboration with scientists and engineers from the University of Louisville and Western Kentucky University, will conduct fundamental physics experiments on colloids, mixtures in which microscopic particles of one substance are suspended within another substance and remain evenly distributed throughout. Examples of colloids include fog (microdroplets of water suspended in air), blood (blood cells suspended in plasma), and milk (microglobules of butterfat suspended in whey, a water-based solution).

The International Space Station is what makes this research possible, says Suzanne Smith, the project's managing principal investigator. Researchers will take advantage of the space station's micro-gravity environment to perform experiments that cannot be performed accurately on the planet's surface because of the influence of gravity.

“ISS orbits Earth every one and a half hours and its laboratory facilities allow scientists, including researchers right here in Kentucky, to make new discoveries and prove scientific theories,” said Smith, UK's Donald and Gertrude Lester Professor of Mechanical Engineering and director of the NASA Kentucky Space Grant and EPSCoR Programs.

“It allows researchers from three area universities to collaborate and strengthen the overall research profile with respect to colloidal research in the state," said Williams, assistant professor of mechanical engineering at UofL. "The International Space Station provides a unique environment that will yield insight into the physics of colloidal interactions, which is important for the development of the next generation of sophisticated materials.”

The project, titled “Influence of Gravity on Electrokinetic and Electrochemical Colloidal Self-Assembly for Future Materials,” has a $750,000 award contribution from NASA’s Experimental Program to Stimulate Competitive Research (EPSCoR) with $300,000 additional matching funds from the NASA Kentucky EPSCoR Program.

The U.S. portion of the International Space Station was designated a National Laboratory in 2005 to maximize its potential for unique space-based research conditions. Astronauts onboard ISS support ground-based research teams by helping to perform experiments in space, sometimes via the live video link of a mission control console, such as that located at UK’s Space Systems Lab in Lexington.

“I’m very proud of this team led by junior faculty members at Louisville and Western whose opportunity for important research will serve as an example to their colleagues,” Smith said.  “I want to thank NASA for selecting this proposal and investing, along with the state of Kentucky, in the significance of this work, which will help contribute to the state’s specialty in advanced manufacturing.”

This is the fifth year in a row that a Kentucky-based research team has been selected among the recipients of NASA’s EPSCoR Research Awards.  Previous teams have included researchers from UK, UL, Morehead State University, and Kentucky State University.

“Personally, as a native of Louisville, I am proud and enthusiastic when research opportunities, such as this one, are granted to a Kentucky university,” Williams said. “I foresee this as the first phase of a sustained collaborative effort with NASA’s Advanced Colloids Experiments research group at NASA Glenn Research Center.”

The research project will also include collaborations with industrial partners in Ohio, Indiana and Kentucky.

Matthew Lynch, a member of NASA’s Advanced Colloids Experiments research group, was recently recognized by NASA with an award for excellence in ISS research for 2013.  Lynch, with Procter and Gamble of Cincinnati, will collaborate with the Kentucky research team and serve as a technical advisor.

Lynch has described research of colloids as having the potential to improve product design across multiple sectors and benefit millions of people worldwide, while leading also to new and advanced technologies.

This research project was funded through the NASA Kentucky EPSCoR Program, a statewide program hosted at UK with a mission to strengthen Kentucky’s research capability in areas of importance to NASA and the state by promoting development of research infrastructure, improving research competitiveness, and developing partnerships with NASA.