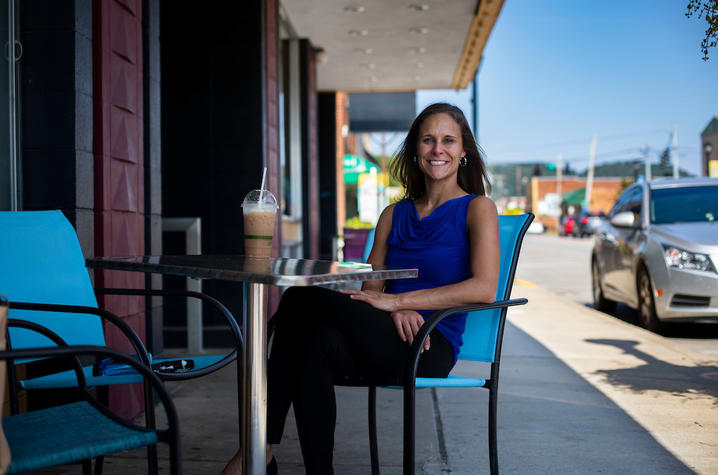 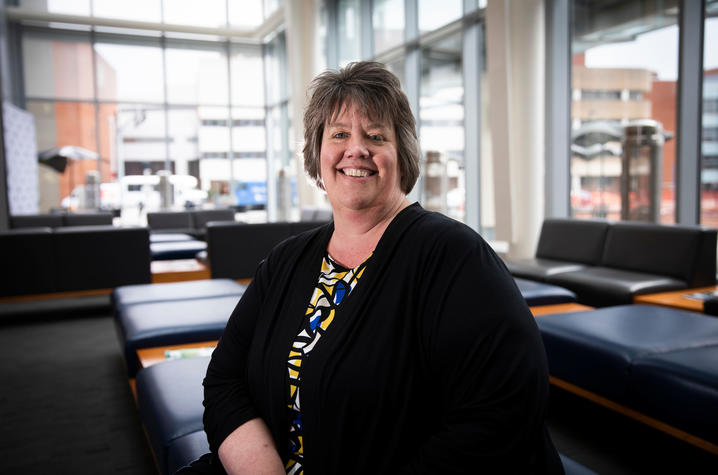 LEXINGTON, Ky. (April 28, 2020) – A new study led by University of Kentucky researcher April Young and Emory University researcher Hannah Cooper shows that a number of pharmacies in the Appalachian region of Kentucky are limiting the dispensing of buprenorphine, a medication used to treat opioid use disorder (OUD). This study arose from work funded by the Kentucky Communities and Researchers Engaging to Halt the Opioid Epidemic (CARE2HOPE) grant, led by Young and Cooper.

Published in the International Journal of Drug Policy, the study looked at buprenorphine dispensing practices in 12 Kentucky counties. The research team interviewed 14 pharmacists operating 15 pharmacies throughout these counties to explore dispensing practices and perceived influences on these practices and teamed up with Trish Freeman, director of the Center for the Advancement of Pharmacy Practice in the UK College of Pharmacy, to interpret the results.

Buprenorphine is in a class of drugs known as a mixed opioid agonist/antagonist. Also known as an opioid analgesic, it provides pain relief but additionally stops the symptoms caused by other opioids. Buprenorphine is an effective medication to treat OUD, yet studies show that fewer than two in 10 people with opioid use disorder receive any treatment.

Results showed that 12 of the 15 pharmacies limited buprenorphine dispensing in several ways. Analysis of the interviews showed three major factors in the limiting of buprenorphine dispensing, including concerns about exceeding a Drug Enforcement Administration (DEA) cap on opioid dispensing, distrust of pharmaceutical companies and prescribers of opioid analgesics, and a general stigma against people who use drugs and/or against the medications to treat substance use disorder.

In an effort to reduce fraudulent opioid prescribing and dispensing, the DEA has established rules requiring pharmaceutical wholesalers to monitor and report any “suspicious” orders of controlled substances they receive from pharmacies. In response, pharmaceutical wholesalers have developed algorithms that will flag a pharmacy for investigation if  they place a “suspicious” order for a controlled substance – for example, an order of unusual size or frequency or that deviates substantially from a normal pattern.

Because buprenorphine is classified as a controlled substance, it is subject to this monitoring. As a result of these policies, many pharmacies are afraid to stock it or are reluctant to increase the amount they typically order to avoid raising any red flags.

“Unfortunately, the wholesalers’ algorithms are proprietary, which means we don’t know the specifics of what types of controlled substance orders may trigger an investigation,” said April Young, associate professor of epidemiology in the UK College of Public Health and faculty member of UK’s Center on Drug and Alcohol Research. “Moving forward, we recommend that buprenorphine be removed from opioid monitoring systems, and if it must be tracked, it should be tracked separately.”

Ultimately, the researchers note that all the initiatives that are underway to increase buprenorphine prescribing must also come with policy changes that help increase dispensing of the life-saving medication.

As one pharmacist quoted in the study noted, “You can have all the funding in the world to have all these programs to [prescribe] all of these medicines. If your pharmacies can’t physically get it [from the wholesalers], it ain’t doing no good.”