LEXINGTON, Ky. (May 23, 2019) — University of Kentucky researcher Yvonne Fondufe-Mittendorf affectionately describes the formation of her career as an “accident.”

Originally hailing from the Republic of Cameroon, Africa, Fondufe-Mittendorf had never even seen inside of a lab before moving to Germany to pursue an advanced degree. At the Georg-August Universitaet in Göttingen, she earned a doctorate in molecular genetics.

“I had never seen a pipette before,” she said. “I didn’t know what a molecular biology lab looked like. However, I’d always been interested in knowing details about the cells in a human body; what makes us who we are.”

Driven by the discoveries she began making in the lab, Fondufe-Mittendorf later moved to the United States, where she completed a postdoctoral program at Northwestern University and initially thought she would seek a career in the pharmaceutical industry.

“I knew I loved discovery, but I didn’t think I could be a principal investigator,” she said.

Her mentor at Northwestern disagreed, convincing Fondufe-Mittendorf that an academic research career was possible.

“He believed in me,” she said. “And realizing that people believed in me, and with how excited I was about the discoveries we made in the lab, I thought this was the right direction to go.”

As associate professor in the UK College of Medicine Department of Molecular and Cellular Biochemistry, Fondufe-Mittendorf studies the epigenetics of cancer.

Epigenetics focuses on how the genes in DNA are packed into a nucleus of a eukaryotic cell, and how DNA is accessible to regulatory factors. Fondufe-Mittendorf uses the analogy of a conductor pulling a long train car into a small station – the train needs to be properly parked so that passengers can get in and out at their designated areas.

The same is true for your DNA – proper organization of your DNA means those genes open only when needed. If your DNA is not organized correctly, gene dysregulation occurs, which can lead to diseases. This type of defect is different than a mutation.

“Using the train analogy, a mutation means that instead of having an organized linear order – coach A followed by coaches B, C, D and so on – now you have coach A followed by C and there is no coach B,” Fondufe-Mittendorf said. “If for instance, a passenger needed to read directions on coach B and there is no longer a coach B on that train, then that passenger won’t be able to get those directions. But in epigenetics, it’s just how it all packs into the train station, allowing specific factors to come in and read the information that’s stored in the DNA.”

Fondufe-Mittendorf’s work has some direct applications to a serious Kentucky health problem: cancer. The high level of inorganic arsenic in the water of Eastern Kentucky correlates to the abnormally high rates of cancer in the same region.

Fondufe-Mittendorf’s research shows that inorganic arsenic may affect the way DNA is packed. There’s a protein in the body known as CTCF that, with the help of zinc, binds to DNA. CTCF forms loops of DNA that fold into the tiny nucleus of a cell. Arsenic can displace the zinc found in this protein; as a result, CTCF will no longer be able to bind DNA properly, resulting in differential rewiring of this DNA. Fondufe-Mittendorf’s working hypothesis is that this could result in tumor suppressor genes becoming repressed, while the genes that drive cancer get expressed.

The ultimate goal is to use this data to figure out a way to counteract the role of arsenic in this process.

“Is it possible that if people are eating foods that have zinc, it could out-compete the arsenic in the drinking water?” she said. “We’re so excited about our data because maybe this could be a non-invasive solution – zinc supplements or eating things that have more zinc – so that arsenic is no longer able to displace it.”

Fondufe-Mittendorf has been conducting this research at UK since 2011. Now that she’s well into her career and running her own lab, the mentoring aspect of her job has become equally important. She pushes her team to believe in their work, just as her mentor did for her. And Fondufe-Mittendorf’s lab is filled with diversity, not just across race and gender, but also in educational background – her team includes both a fine arts major who was fascinated by his courses in biology and biochemistry as well as a graduate from UK’s College of Agriculture, Food and Environment.

“Having people who are different and don’t think like you brings this diversity in looking at a particular problem in biology,” she said. “But it’s coming from different angles, and that diversity makes working with my team equally exciting.” 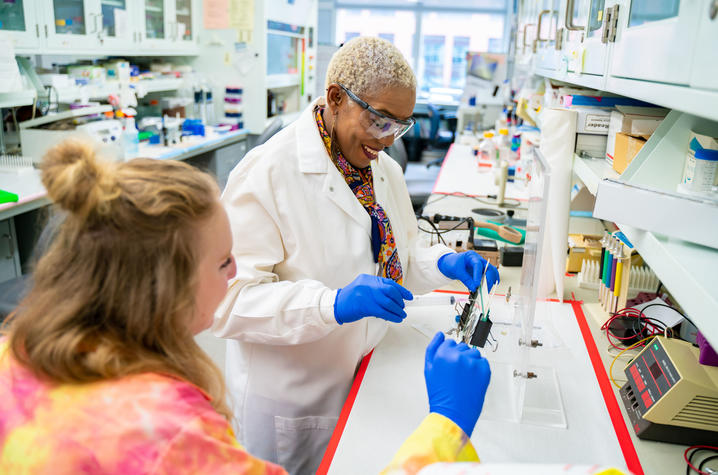 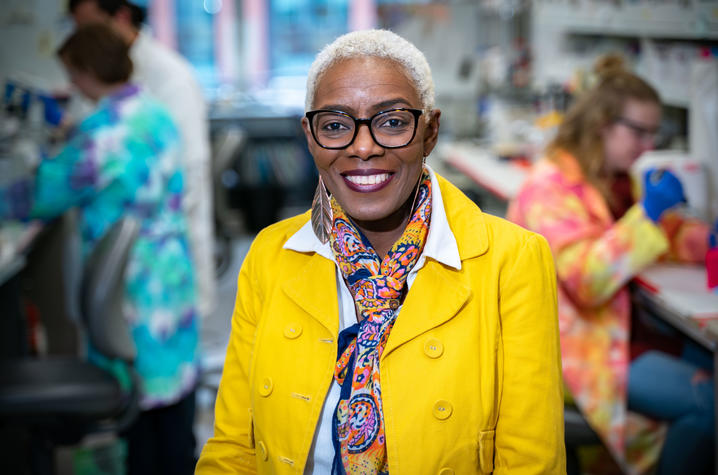 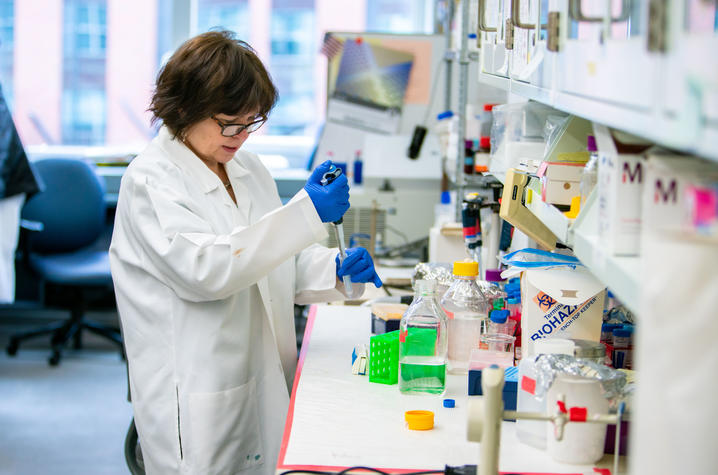