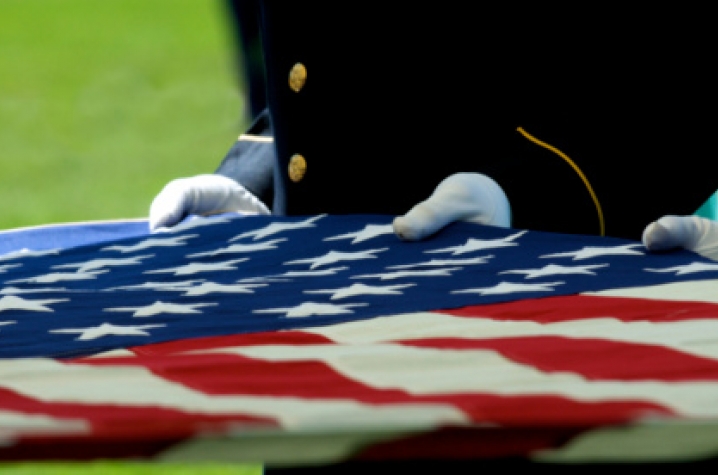 LEXINGTON, Ky. (Aug. 20, 2012) — Researchers at the University of Kentucky are investigating the incidence of suicide exposure and consequences of suicide bereavement on veterans and military families.

The study, the first of its kind funded by the Department of Defense looks at the "suicide bereaved," those who have lost a loved one, family member, friend or fellow service member/veteran to suicide.

There is limited evidence that individuals exposed to suicide are at risk for poor health outcomes, social and economic problems, and their own suicidal thinking and behaviors, says principal investigator Julie Cerel, associate professor in the UK College of Social Work. To date, there has been no census of individuals affected by suicide and this will be the first time that it has been investigated in this population.

Active-duty service members and veterans could be at increased risk for suicide because of the enormous physical and psychological demands of the wars in Iraq and Afghanistan. In June, the Pentagon disclosed that more active duty service members killed themselves in the first half of 2012 than had died in combat.

The Department of Veterans Affairs estimates that a veteran takes his or her own life about once every 80 minutes on average, accounting for some 6,500 suicides per year, nearly 20 percent of all suicides in the United States.

"This study, funded by the Military Suicide Research Consortium will help us understand how many veterans are affected by suicide," Cerel said. "It will also help us examine exposure to suicide in the general population, so we can show that suicide affects families, communities and workplaces. It is vital that we figure out how to better help veterans and military families, as well as civilians, who are bereaved following a suicide."

More information about the Military Suicide Research Consortium is available online at https://msrc.fsu.edu.