Special thanks to Seth Parker for the student interviews and Whitney Harder for photos of the group in Paris.  Video produced by UK Public Relations & Marketing. To view captions for this video, push play and click on the CC icon in the bottom right hand corner of the screen.  If using a mobile device, click on the "thought bubble" in the same area.

LEXINGTON, Ky. (June 4, 2015) — In the 18th century, researchers attempting to read the writings of ancient, charred scrolls picked and pulled at the fragile artifacts, destroying many. Fast forward to 2015 and researchers are developing a superior method, one that never unrolls or even attempts to open the scrolls.

Leaving it intact almost exactly as it was 2,000 years ago, scanning methods and a new first-of-its-kind computer software tool are currently working to reveal text from a Herculaneum scroll. The scroll, carbonized by the A.D. 79 eruption of Mount Vesuvius, was preserved with hundreds of others in the only library from antiquity to survive.

The "Volume Cartographer" software tool, built by Brent Seales, professor and chair of the University of Kentucky Department of Computer Science, and his team, will allow researchers to map (hence "cartographer") the surface of the scroll and then allow the user to pull out pages and scan for letters. Revolutionary in more ways than one, the software is made to be user-friendly for scholars, not only computer scientists.

"It's really about what we can enable scholars to do," said Seth Parker, project manager and video production coordinator for the Center for Visualization and Virtual Environments. "We want to create a pipeline that we can actually give to historians, classicists, the people who want to study these texts, and enable them to unlock their own artifacts."

A project of this caliber undoubtedly requires top-notch research assistants. That's why Seales employed a group of UK undergraduate students to work on the software, which is part of an international collaboration to read the scroll.

"The caliber of talented undergraduates at the University of Kentucky is outstanding," Seales said. "It has been tremendously exciting for me to see the innovative and mature contributions that our students are making to the project."

In May, the team experienced the scope of the project firsthand when they traveled to Paris, France, to collaborate with a world-renowned papyrologist, who is learning to use the software, and to present their work at Google Paris, where Seales was a visiting scientist in 2012. (Experience the students' adventure in Paris by watching the video above.)

"I think it's a great honor," said Nick Graczyk about the Google "Tech Talk." Graczyk is a recent UK computer science graduate and soon-to-be Microsoft software engineer who has focused on the software pipeline. Like the other team members, he was an undergraduate when he began working on the project.

"The fact that we were selected to work on this project and then go and present our research to them … it's a really great honor," he continued.

The software tool has rapidly progressed this semester, often overcoming many technological challenges they had never faced before, the group explained to a room of Googlers.

"What we get from the scanning machine is just a big brick of data," said Michael Roup, recent computer science and mathematics graduate and UK Presidential Scholar, in the presentation. "And we have to find the pages inside of that."

To do that, the software utilizes a number of tactics, including particle chain region growing, segmentation and texture (UV) mapping.

How does it work? Imagine a newspaper rolled up. From the viewpoint of looking through the hole, layers of pages are visible. From that same viewpoint using a scan of the scroll, the software user can see hundreds of layers, only not as perfectly tubular as the newspaper.

Then the user draws a line on what they think to be a single layer in the scroll. The software follows that line through the width of the scroll to pull out a page. From there, the user can "texture" the page, a significant step as each scroll page is a 3D, uneven surface. After texturing, the page flattens into a 2D equivalent and from there the user can see if words are present on the page.

But perhaps the most interesting feature of the software is the "sand grain detector," mapping out "sand grain constellations" and using grains like stars to orient where the user is at in the scroll. Since the scroll is carbonized, the grains should never move.

"Before this project started we didn't even know those grains existed," Seales said. "Now it may turn out that sand grains are the unique signature."

Following the Tech Talk, the team joined Google employees at lunch, where the lead software engineer of the Google Cultural Institute congratulated the students on their presentation and impressive work.

While it may be at the top of their list, sharing their work with one of the world's largest tech companies was not the only highlight of the students' excursion. They were also granted access to view up close a scroll in the Herculaneum collection, housed in the library of the Institut de France, famous for its five national academies and for its preservation of the Bibliotheque Mazarine, the oldest public library in France.

The scroll, similar to others in the collection, resembled a lump of charcoal. But in person, the lines of the papyrus surface were clearly visible and so too were the tightly coiled layers of the scroll, much like the layers of a tree trunk.

"It was eye-opening," said Abigail Coleman, a computer science graduate student and former NASA intern who has focused on UV mapping. "Being able to see the scroll kind of gives you more purpose for your work. ..."

Adjacent to the library were the meeting chambers of the French Academy of Sciences, founded in 1666 by King Louis XIV, where the students carefully perused the walls displaying busts of each academy officer, including Napoleon.

They also experienced European history through the ages when they visited the Eiffel Tower, Louvre Museum and Sacre-Coeur Basilica, followed by the Palace of Versailles, Luxembourg Gardens and Notre-Dame Cathedral.

"I’ve always had a little bit of an interest in history so this is really a good project for me to work on," said Melissa Shankle, who was a freshman this past year and analyzed the software from a user perspective. "It's been a great experience that I never thought I would do as a freshman."

Now back home in their Davis Marksbury Building lab, Seales and Parker, as well as Coleman and Roup, who are working on the project through the summer, will attempt to produce an entire page of text from the scroll by the start of fall. And they will continue to work with the papyrologist in Paris, who will begin running segmentations on the Herculaneum scroll.

"We are now poised for discovery — discovery not just of new technical methods and software development, but of texts that we might somehow rescue," Seales said. "It is an honor to be holding this possibility in our hands and to be doing it with so talented a team of students and collaborators." 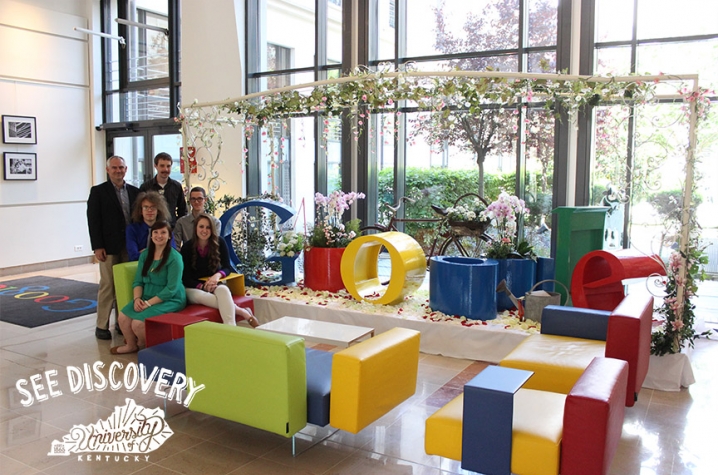 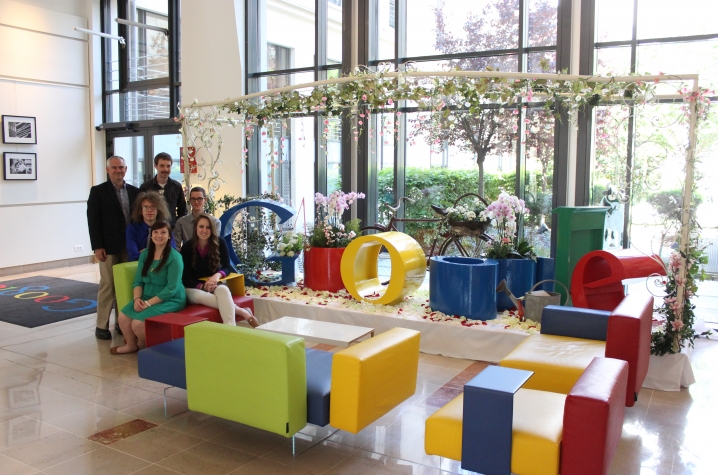 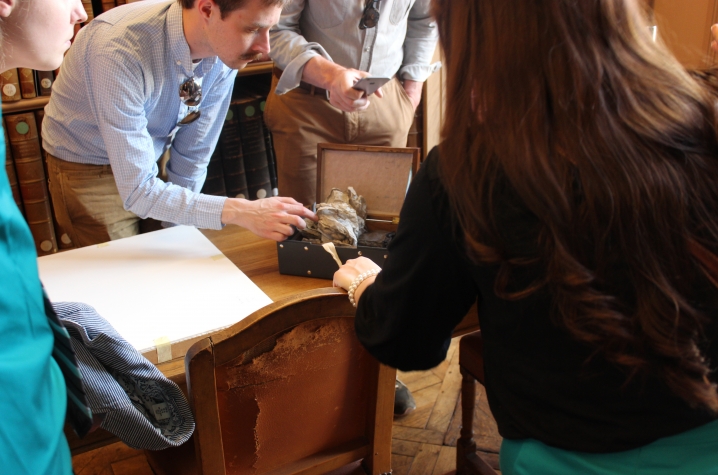 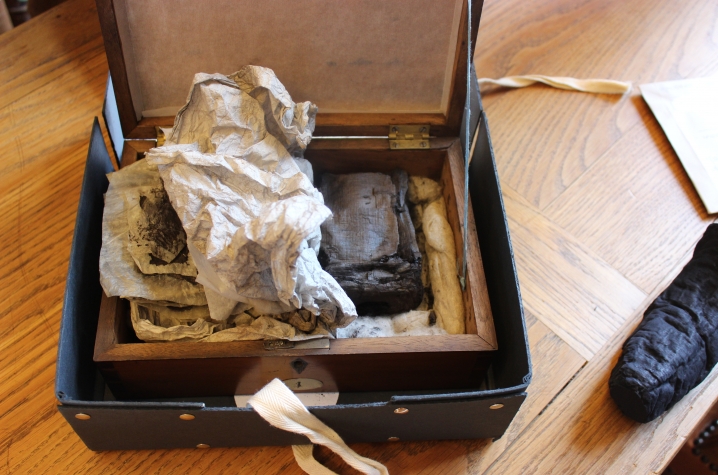 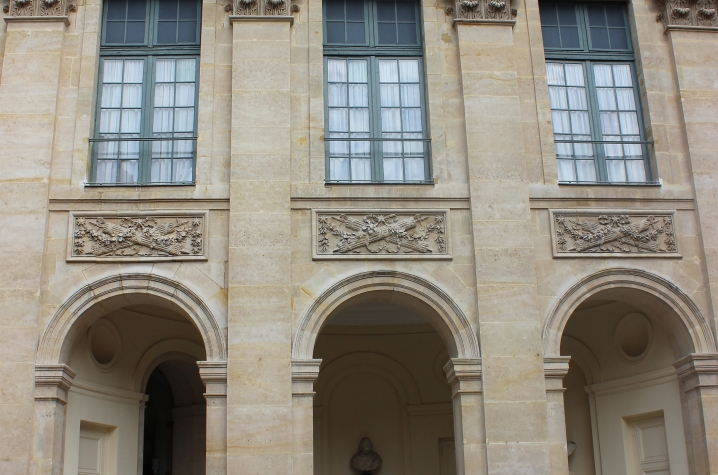 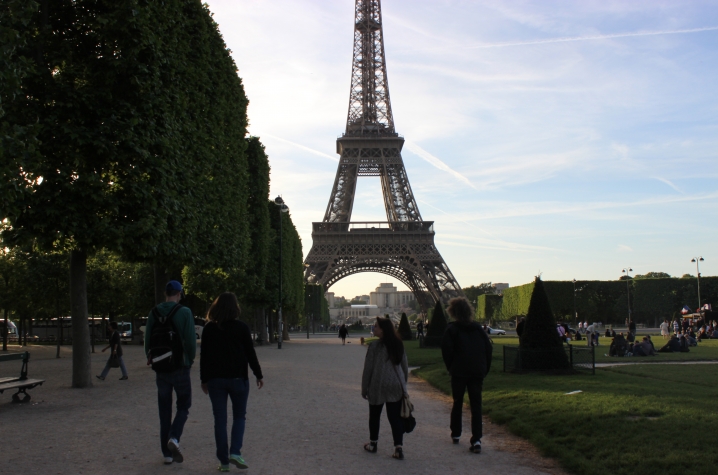 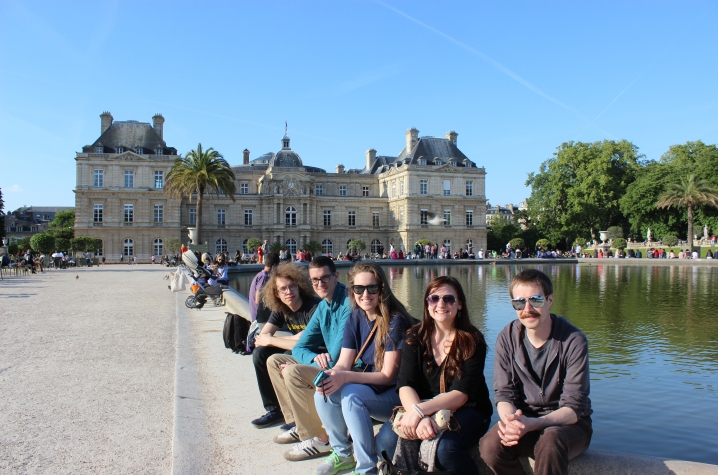 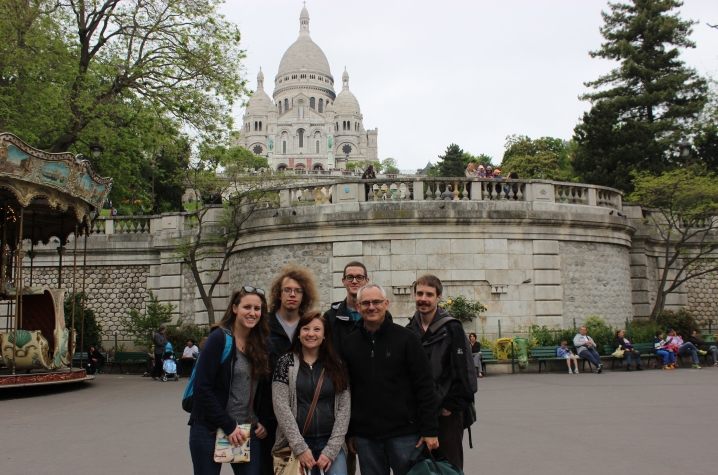