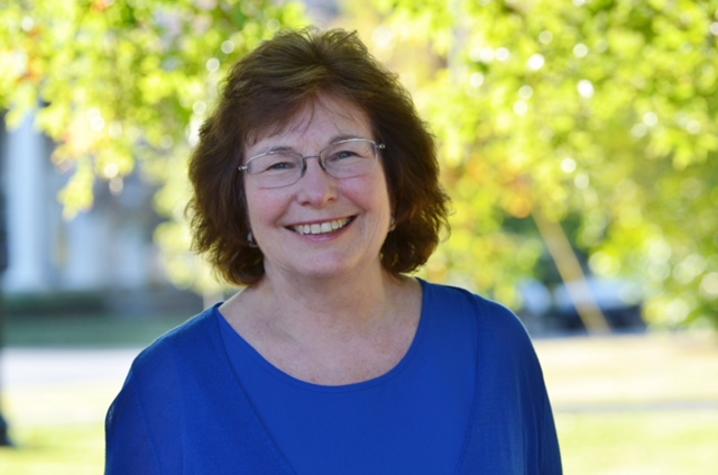 The University of Kentucky is proud to announce that Ada Sue Selwitz has been named the 2017 recipient of the Applied Research Ethics National Association (ARENA) Legacy Award (ALA).

For nearly 40 years the university has benefited from Selwitz’s passion for research integrity. Not only has Selwitz promoted ethical research practices in her various leadership roles at the University of Kentucky Research Foundation (UKRF) since 1978, but she also advocates on the national and international level.

The non-profit organization Public Responsibility in Medicine and Research (PRIM&R) presents this annual award to individuals who embody its professional leadership ideals in advancing the highest ethical standards in biomedical, behavioral and social science research.

Selwitz was director of UK’s Office of Research Integrity (ORI) from 1999 to when she began phased retirement in February 2016. She continues to work for ethical standards in research as executive integrity and compliance advisor to the Office of the Vice President for Research, the Center for Clinical Translational Sciences (CCTS) and the Donald T Frazier Science Outreach Center.

In nominating Selwitz for the 2017 ALA, current ORI Director Helene Lake Bullock, Executive IRB Chair Terry Malone, and ORI Education Coordinator Belinda Smith received comments from her colleagues. Colleagues had this to say about her: “Ada Sue has a way of making education entertaining with her bold southern charm. One could fill pages describing all of the ways she has promoted the education and professional development of those involved in the oversight or conduct of ethical research through leadership and mentoring.

“Ada Sue was an early advocate for the professionalization of IRB staff. Her primary outlet for achieving this was PRIM&R and its former membership division ARENA. She served as member of the PRIM&R Board of Directors for many years and multiple roles within the leadership of ARENA, including president.”

Selwitz will be presented the ALA during the 2017 Advancing Ethical Research Conference held in San Antonio, Texas on November 7.

PRIM&R Board of Directors has also elected Selwitz to “Distinguished Leader” status, which places her among a select group of past board members honored for their longstanding service and contribution to the success of the organization’s mission. As a board member from 1987 to 2016, Selwitz guided PRIM&R’s education, professional certification, public policy initiatives, and community building programs.

The university, as well as national agencies, task forces, and associations, has long recognized her leadership gifts. From 1994-1999 Selwitz was the director UK’s Office of Sponsored Program Development. She has served as co-director of Regulatory Support for CCTS since 2006, and Grants Compliance Specialist for NIH-funded programs since 1998. She is also adjunct associate professor of Behavioral Sciences in the College of Medicine.

Selwitz was an ex-officio member of UK’s Medical Institutional Review Board (IRB) for the Protection of Human Subjects and Non-medical IRBs from 1979-2016. She worked closely with the Institutional Animal Care and Use Committee (IACUC) from 1986-2016, which included membership on PRIM&R’s editorial board for the IACUC Official Guidebook. Selwitz was a member of the Environmental Health and Safety Committee from 1996-2016; Research Conflict of Interest Committee from 2009-2016; and the University of Kentucky Health Care (UKHC) Data Stewardship Committee from 2014-2016.

Through her commitment to promoting the highest standards in research within legal, ethical and regulatory framework, Selwitz has truly furthered the purposes of this university to improve the lives of Kentuckians and the lives of those across our nation. We thank her for her service.