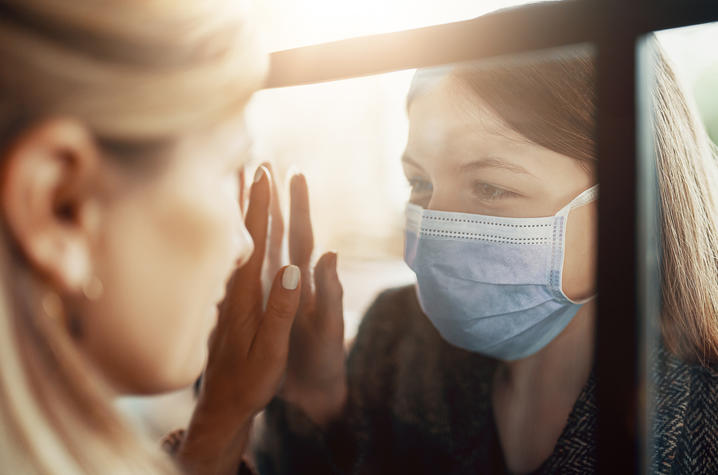 LEXINGTON, Ky. (April 29, 2020) — Amid COVID-19, serious measures have been implemented the world over — from cancellations of major events and large gatherings to closures of schools and non-essential businesses.

By now, most of us are familiar with the concept of social distancing — staying at home as much as possible to avoid contracting or spreading COVID-19. Though the disease seems to hit the elderly and immunocompromised the hardest, Gov. Andy Beshear continues to encourage Kentuckians to stay “Healthy at Home” until further notice.

But as weeks turn into months, you might be wondering — is social distancing working?

A new study, released by the Institute for the Study of Free Enterprise (ISFE) at the University of Kentucky, suggests so.

Charles Courtemanche and Aaron Yelowitz — both professors in the Gatton College of Business and Economics — along with ISFE faculty affiliates, developed a model based on differences in the scope and timing of policies implemented across the Midwest and the South. The goal was to predict the number of confirmed cases in Kentucky — had the state not imposed restrictions and relied on voluntary actions.

According to the model, the state’s measures have prevented more than 90% of confirmed cases. Although the authors do not directly examine deaths, combining the estimated reduction in cases with the current COVID-19 fatality rate in Kentucky suggests approximately 2,000 lives have been saved so far.

“These results suggest that Kentucky policymakers should be cautious when opening up the economy. Returning to partial restrictions without a broader shelter-in-place directive may not be enough to contain the spread of the virus,” Courtemanche, ISFE director and one of the study’s co-authors, said. “However, the public health benefits from strong social distancing restrictions need to continue to be weighed against the massive economic losses that disproportionately affect low-wage sectors of the economy.”

The study concludes that shelter-in-place orders like Kentucky’s “Healthy at Home” initiative — which includes closures of dining areas, bars, gyms and other entertainment-related facilities — were particularly effective at preventing COVID-19 infections.

However, bans on group gatherings and public-school closures that were not accompanied by a shelter-in-place order were not as effective — suggesting that people were engaged in other types of social interaction that continued to spread the virus.