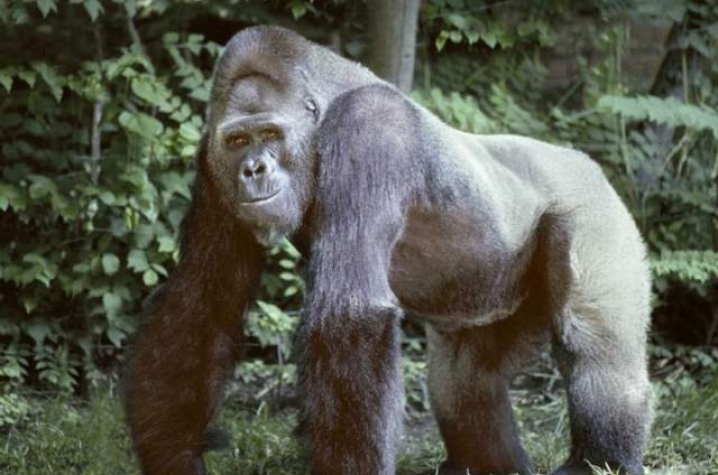 LEXINGTON, Ky. (Aug. 24, 2011) — A famous and beloved Silverback gorilla who died earlier this month at the Louisville Zoo will continue to serve as an ambassador for his species through a collaborative effort between the Zoo and the University of Kentucky College of Medicine.

The 52-year-old gorilla named Timmy, who was an icon of the Louisville Zoo, was euthanized Aug. 2 because of multiple health problems. He was the oldest male gorilla in captivity.

Dr. Roy Burns, staff veterinarian at the Louisville Zoo, and Dr. Andrew Deane, an assistant professor in the Department of Anatomy and Neurobiology at the UK College of Medicine, have teamed up to create a photographic atlas of gorilla anatomy that will take full advantage of modern digital imaging modalities, including CT and MRI.

"Gorillas and humans share approximately 97 percent of their DNA, but despite overwhelming similarities between human and gorilla anatomy, gorilla anatomy is distinctive and poses unique challenges for physicians who are unfamiliar with the anatomy and biology of our close cousins," Deane said. "Unfortunately, there are few existing resources describing the internal anatomy of gorillas in sufficient detail, and those that do date to the middle of the last century and consist almost exclusively of simplified hand-drawn images."

Captive gorillas receive almost all of their primary care from zoo veterinarians; however, it is not unusual for human physicians to be called upon to perform surgeries on these animals. Burns and Deane hope that their atlas will significantly improve the health care outcomes and surgical treatment of captive gorillas.

The new atlas is expected to be a considerable improvement over existing resources and one that will undoubtedly improve our understanding of the internal anatomy of gorillas, particularly the brain, heart and reproductive anatomy, Burns said.

Wild-born in Cameroon in 1959, Timmy made his North American debut at the Memphis Zoo in 1960.  He would later take up residence at the Cleveland Metroparks Zoo in 1966 and then the Bronx Zoo in 1991 before arriving at Louisville’s award-winning ‘Gorilla Forest’ exhibit in 2004.

Captive gorillas typically live into their early 40s. However, some have been known to live well into their 50s, Deane said. Geriatric gorillas suffer from many of the same age-related health problems common in humans. In recent years Timmy suffered from a number of chronic medical problems, including heart disease (cardiomyopathy), heart arrhythmia (atrial fibrillation) and osteoarthritis.  According to the Zoo, Timmy had responded well to treatment until recent weeks when he began to decline due to multiple factors, similar to “failure to thrive” in older people.

“He was a gentle and good natured gorilla who fathered 13 offspring and he was a terrific ambassador for his species," Deane said. "In death, he will continue to be just that by helping to improve our understanding of the internal anatomy of gorillas and by extension the quality of medical treatment and surgical care we can provide for them.“