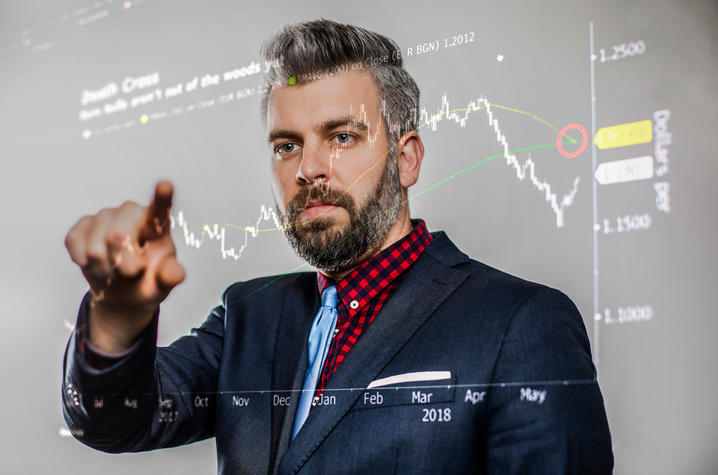 LEXINGTON, Ky. (Feb. 17, 2020) ⁠— The year 2020 kicks off a new decade. What will the next 10 years bring in the areas of health, technology, climate, the economy, politics and more? In a new recurring series, UKNow explores the next decade by asking University of Kentucky experts to discuss and predict upcoming trends in their areas.

Today, we spoke with Michael Zilis. As an assistant professor in the Department of Political Science, he is looking ahead at the issues that will shape 2020 and beyond.

Zilis teaches courses on American government, constitutional law and judicial decision-making. He emphasizes student engagement inside and outside of the classroom. In 2019, Zilis won the Outstanding Teaching Award from the College of Arts and Sciences and was a finalist for the Provost's Award for Outstanding Teaching at UK.

UKNow: What are you watching for or predicting in the coming decade that you think will be of interest or importance in your field of expertise?

Zilis: A number of political trends are worth paying attention to in the next decade. One important one concerns political polarization. Polarization has increased in recent years. This no longer involves only voting behavior. Americans are increasingly divided along party lines when it comes to many other political aspects and even in terms of nonpolitical behavior. Polarization plays a major role in our politics today. Whether it continues to increase — dividing Americans further in the coming years — is worth paying attention to.

Second, the rise of social and internet media has changed not only our relationship with the news but even the types of information that pass as news. Social media organizations are grappling with how to limit the flow of disinformation. Americans face challenges in making sense of an increasingly complex news environment. Given the important role that media coverage plays in shaping politics, this is a trend we should keep an eye on.

UKNow: How can UK contribute to this conversation?

Zilis: As an educational and research institution, UK has a critical role to play in the democratic debate. The university must help equip students with the tools to evaluate evidence, discern between conflicting sources and make sense of an increasingly complex information environment. Classes must help foster critical thinking and evidence-based debate.

Zilis: Strong partisan divisions are not entirely negative. Lively debate and discussion are key to a well-functioning democracy. Yet, dramatic polarization also has effects that cause many citizens to express concern. A continued increase in polarization would be a troubling trend.

However, I'm optimistic about the skills being acquired and the enthusiasm being shown by younger generations. Not only are many young people tremendously engaged in politics, justice and improving society, but they are acquiring impressive skill sets to bring about change.

UKNow: What will be the impact of these trends on Kentucky? The country? The world?

Zilis: The impact is unknown. I think about two competing trends when I come to this conclusion. First, many citizens — and young people in particular — are acquiring new skills. They are able to quickly gather large volumes of information and evidence, and they possess the tools needed to rigorously analyze and interpret it. At the same time, the information environment has become more complex, with disinformation seemingly on the rise. Whether the former outweighs the latter will have an important influence on our politics in the coming years.