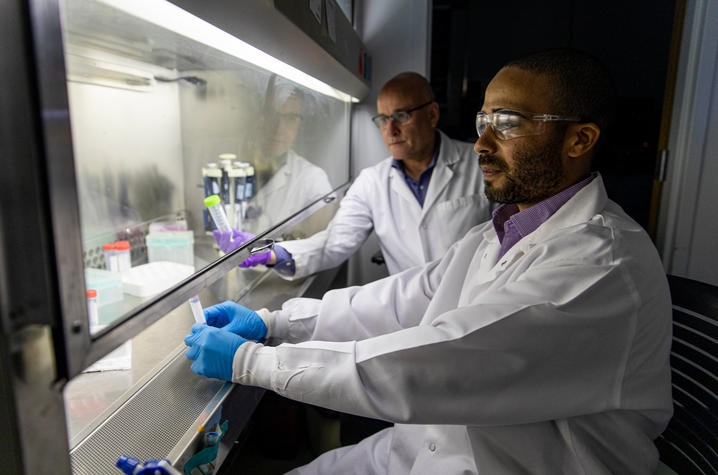 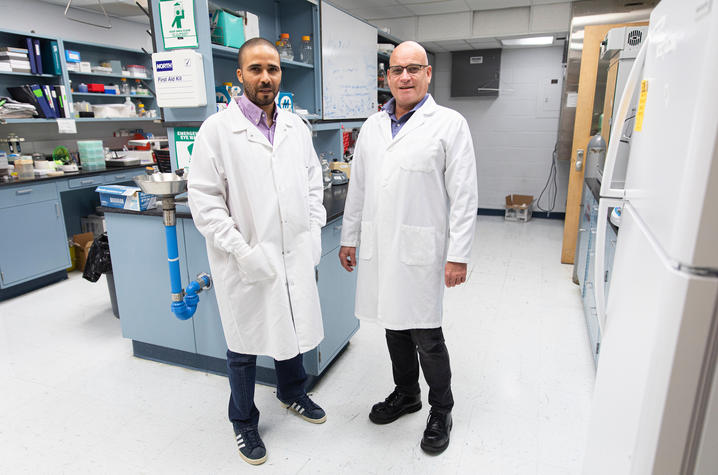 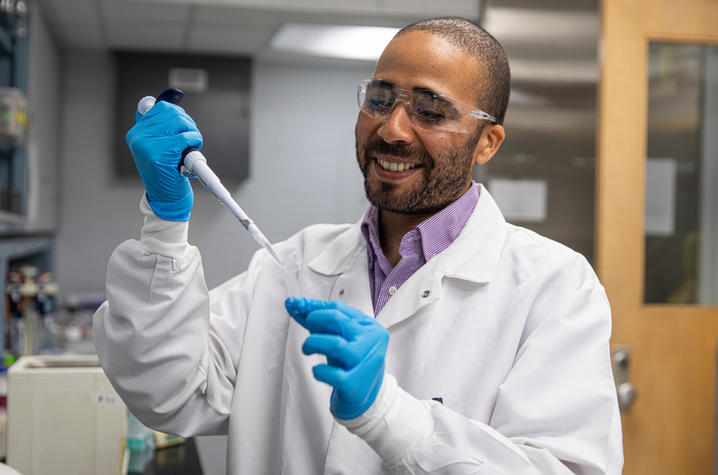 LEXINGTON, Ky. (June 15, 2022) — A new University of Kentucky College of Medicine study has identified potential targets to develop a therapy that could prevent Alzheimer’s disease.

Alzheimer’s disease is the most common form of dementia, affecting an estimated 6.2 million Americans in 2021 according to the Centers for Disease Control and Prevention. Currently, there is no cure, only pharmaceutical and behavioral interventions for managing symptoms.

The research led by Simone Crivelli, Ph.D., in the Department of Physiology identifies new targets to reduce ceramide binding to extracellular vesicles.

“Increasing our knowledge on how extracellular vesicles are formed and how their cargo is determined may lead to the development of new therapeutic approach for Alzheimer’s disease,” said Crivelli, a postdoctoral scholar in the lab of Erhard Bieberich, Ph.D.

The current study is part of a broader research effort by the Bieberich lab to understand how extracellular vesicles damage neurons in Alzheimer’s disease, ultimately leading to neurodegeneration and cognitive decline. The findings could be promising for the development of new therapies for Alzheimer’s disease.

This material is based upon work supported by the Department of Veterans Affairs, Veterans Health Administration, Office of Research and Development, Biomedical Laboratory Research and Development. The views expressed in this article are those of the authors and do not necessarily reflect the position or policy of the Department of Veterans Affairs or the United States government.