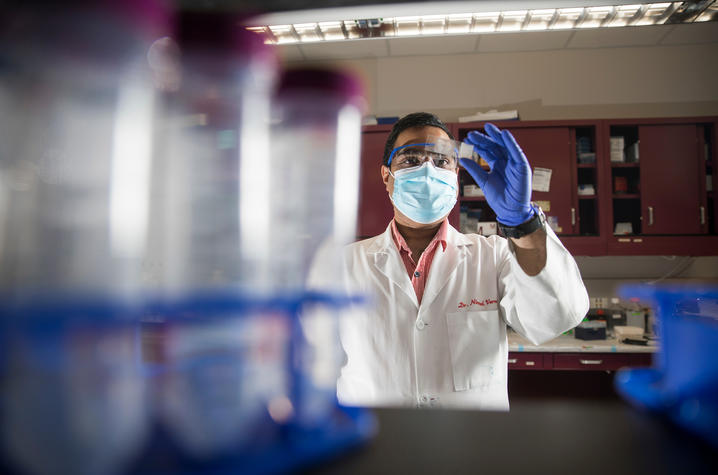 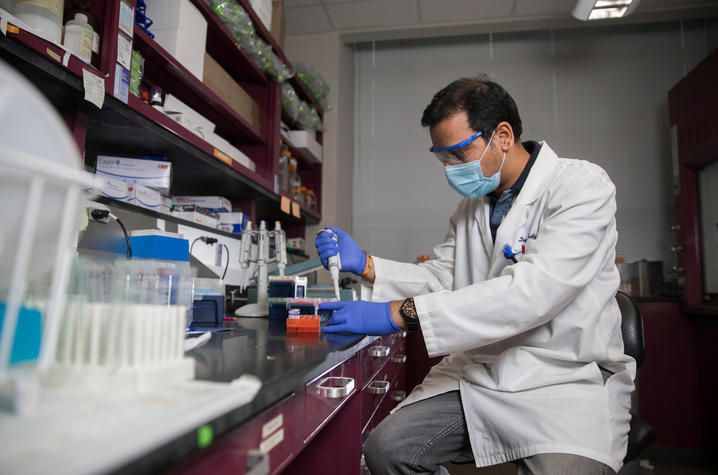 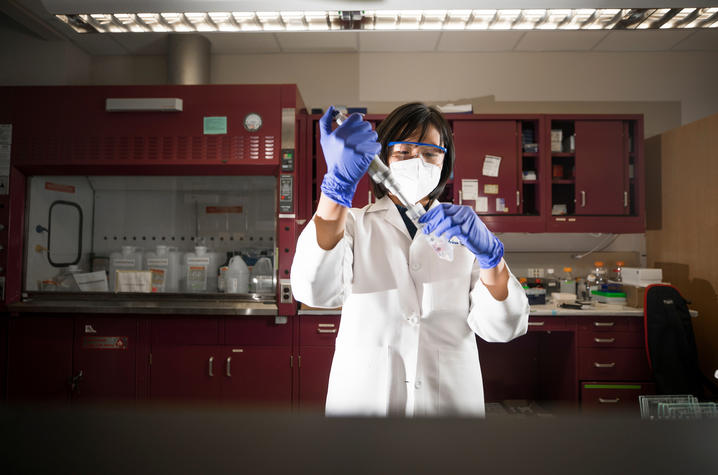 LEXINGTON, Ky. (Jan. 20, 2021) — More than 5.7 million Americans live with Alzheimer’s disease and that number is projected to triple by 2050. Despite that growing number, there is not yet a cure.

Florin Despa, a professor with the University of Kentucky’s Department of Pharmacology and Nutritional Sciences, says, “The mechanisms underlying neurodegenerative diseases are largely unknown and effective therapies are lacking.” That is why numerous studies and trials are ongoing around the world including at the University of Kentucky. One of those studies by University of Kentucky researchers was recently published in Alzheimer's & Dementia: Translational Research & Clinical Interventions. It is the first publication from the Research Center for Healthy Metabolism.

Despa says that a major scientific goal is to understand whether the same factors that are involved in age-related metabolic disorders such as type-2 diabetes may also play a role in the development and progression of cognitive decline and dementia. He says that is a goal because those factors can be used as therapeutic targets to improve or possibly reverse processes underlying cognitive impairment. Researchers believe their newly published study found a potential alternative approach to reduce the progression of Alzheimer’s disease.

Alzheimer’s disease (AD) is characterized by brain accumulation of sticky proteins called β-amyloid that can be related to a genetic predisposition (familial AD) or occur sporadically (sporadic AD). The team’s work shows that early pathological processes in brains of individuals who are genetically predisposed to develop Alzheimer’s disease are modulated by a pancreatic hormone called amylin. Dr. Greg Jicha is one of several researchers from UK’s Sanders-Brown Center on Aging who helped with the study.

“The amylin is found both within amyloid plaques and in blood vessels," Jicha said. "Amylin helps form plaques in the brains of some AD patients, worsening the disease. In blood vessels, it causes impairment in oxygen and nutrients reaching the brain leading to small vessel ischemic disease, more commonly known as ‘hardening of the arteries’. Both these processes contribute to brain dysfunction and worsen cognitive and memory decline.”

This study is the first to show that the brains of patients with familial AD accumulate amyloid-forming amylin secreted by the pancreas.

“Our study suggests an alternative approach to reduce the progression of Alzheimer’s disease through the modulation of blood levels of amylin.," said Despa. "In addition, the results of this study can point to the pancreatic hormone amylin as a potential missing molecular link between metabolic disorders and increased risk for Alzheimer’s disease. Specifically, amylin dysregulation contributes to both type-2 diabetes and Alzheimer’s disease.”

“There are available medications that can be readily repurposed and approved to block these processes, keeping the brain healthy for a much longer period of time," Jicha said. "This work is designed to help move such agents into the pipeline as we search for new ways to combat Alzheimer’s disease.”

Despa says it is important to note that while increased blood amylin cannot diagnose Alzheimer’s disease, testing its presence in the blood could help physicians in the evaluation process of high-risk cerebrovascular disease and the progression of Alzheimer’s disease.

The University of Kentucky initiated its aging program in 1963. With a grant from the Eleanor and John Y. Brown Jr. Foundation in 1972, the construction of the current Sanders-Brown Research Building was begun and, with additional funding from the state, a program in biomedical research was implemented. In 1979, under the direction of the late Dr. William Markesbery, Sanders-Brown emerged as a national leader in efforts to improve the quality of life for the elderly through research and education. SBCoA's major areas of focus are normal brain aging, stroke, and Alzheimer’s disease and related dementias.