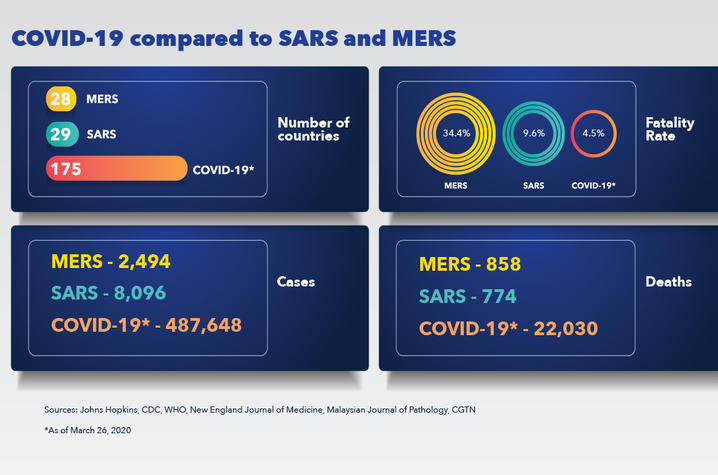 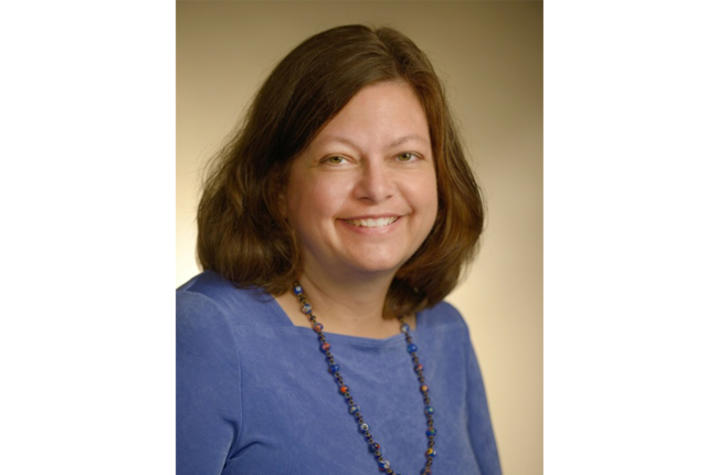 LEXINGTON, Ky. (April 2, 2020) – University of Kentucky virologist Rebecca Dutch normally studies the steps of infection for viruses like human metapneumovirus, but she's been looking at the novel coronavirus these days. The chair of UK’s Department of Molecular & Cellular Biochemistry is leading the College of Medicine’s COVID-19 Unified Research Experts (CURE) Alliance team, which brings together faculty expertise from multiple disciplines across the university to focus on advising COVID-19 patient care and clinical trials based on emerging research. Today, she answers some of our questions about COVID-19.

UKNow: Could you summarize a few of the most important things we’ve learned about COVID-19 so far?

Dutch: There is a natural origin to this virus. There is a high degree of certainty that COVID-19 is derived from a coronavirus in bats that was closely related to human viruses. There are papers that were published five years ago by a couple of really outstanding groups of virologists that predicted that these bat coronaviruses had potential to infect humans. They only needed to have a naturally occurring mutation to do so, and that happened. So, it is not a complete surprise that something like this would come about. This is also the third major epidemic of an animal-derived coronavirus that has really caused problems. The first was the SARS epidemic back in 2002. The other was MERS in 2012.

This is the most serious pandemic that most people have seen in their lifetime. We have what virologists call a “naive population,” because COVID-19 is a new virus and none of us have any immunity to it, which means we’re more susceptible to contracting it. Therefore, the virus has the potential to infect almost everyone, which makes transmission more efficient. Transmission rates are measured by what’s known as an R0 value, which is the number of people on average that each person who is infected will pass it to. When the R0 value goes above one, you start to see an increase in a virus’ spread. COVID-19’s R0 value is currently estimated at three. That's high enough for a pretty fast transmission.

We need more testing. Across the country we are ramping up testing for the virus. Certainly, the University of Kentucky is, and we’re one of the leaders for that in the state. Having said that, our testing in the U.S. is still way behind compared to other countries. That’s a huge issue because if we don’t know who has it, we can’t be targeted in understanding who needs to be isolated and who doesn’t. Another test we don’t have yet but are working on is an antibody test to detect who’s already had it. There's data suggesting somewhere between 20-35% of patients are asymptomatic. Because we don't have a good picture of how many people are currently infected and how many people have been previously infected, the mortality and transmission rates may significantly change as we get more testing.

Social distancing works. And it works solely because viruses have to pass from person to person in order to spread. The best way for respiratory viruses to spread is when we are in reasonably close proximity to others. Picture an infected person in a room in close contact with 50 others – any of them could catch it with no immunity. On the other hand, if the infected person is in the same room with only two other people who are 20 feet away, virus transmission goes down. That's why social distancing is helping right now.

UKNow: Why do some people have symptoms and others are asymptomatic?

Dutch: We don’t know yet. There is a study out of China that suggests younger people are far more likely to be asymptomatic or have much milder symptoms. It’s likely that some people have very strong immune responses and can simply breeze through this without really noticing anything. As we’ve seen, symptoms are worse in older adults or those who have underlying health complications. That’s one of the things long-term we’d like to know. SARS was similar in that it was also much easier on children. So, there’s probably some reasons for that but we don’t know what they are yet.

UKNow: Is COVID-19 more similar to a common cold or influenza?

Dutch: It looks different because we’ve never seen it before. There are four major coronaviruses that cause a version of the cold. We’ve had them in the human population for a long time, but they are still capable of making an older person or someone with a weakened immune system really sick. But normally, most people get them and recover easily. COVID-19 is in the coronavirus family, but it almost looks intermediate between common cold viruses and SARS or MERS. The mortality rates are much lower than SARS or MERS, but the transmission rates are much, much higher.

Dutch: There’s a really interesting theory from Ralph Baric, who is one of the top coronavirologists in the world: in the future, COVID-19 will be one of our common cold viruses. The reason he suggests that is because the vast majority of people get their first common cold infection when they're children and then they have partial immunity to it throughout their lives. Going forward, if this virus infects most people when they're under the age of 10, we wouldn't be having the crisis that we’re having now because kids mostly do really well with it. There's a good chance that in the long term, COVID-19 will become one of the normal viruses we see, but on average it will be far less dangerous.

UKNow: Is the virus mutating?

Dutch: It looks to be very stable right now. COVID-19 is an RNA virus, which means its genome is made out of RNA, not DNA. When it replicates it goes from “RNA to RNA.” Each time it makes copies, it’s likely to introduce some errors, but what you need to look at is whether or not the average sequence is changing. At this time, it appears to be very stable. There's no evidence that it has had a significant mutation and we don't anticipate that being an issue. People have worried about mutations that would make it more dangerous. We can’t rule that out, but it would be extremely surprising.

UKNow: Can you explain why it is so infectious?

Dutch: It’s probably a combination of things. Number one, we have a population where almost everyone is a potential recipient of the virus. The next thing is stability. All viruses differ in terms of how their stability is in the environment and COVID-19 initially appears to be pretty stable in the air and can also remain on surfaces a little bit longer than some other viruses.

UKNow: How does soap and hand sanitizer kill viral particles?

Dutch: COVID-19 has outside regions that can interact with water, and inside regions that can’t. Soap and alcohol break the protective coat around the virus that protects genetic material. That’s also how they kill bacteria. Hand washing with soap is preferred to using hand sanitizers, but both work. You could picture it like the virus uses something like an oil coating on the outside, and just like dish detergent breaks down oil, the soap breaks down the viral particle.

UKNow: How long will it take before a vaccine is available to the public and why?

Dutch: The best-case scenario is a year to 18 months. Why that long? The vaccine development process, particularly for respiratory viruses, is challenging. There's a massive amount of safety testing that has to be done. This vaccine will probably be given to most of the world. So even if one out of 1,000 people tested develops a severe reaction, the outcome would be very bad. The act of designing a vaccine itself is not that hard, you just have to do all the right controls and all the right safety studies, or you could make the world population more sick.