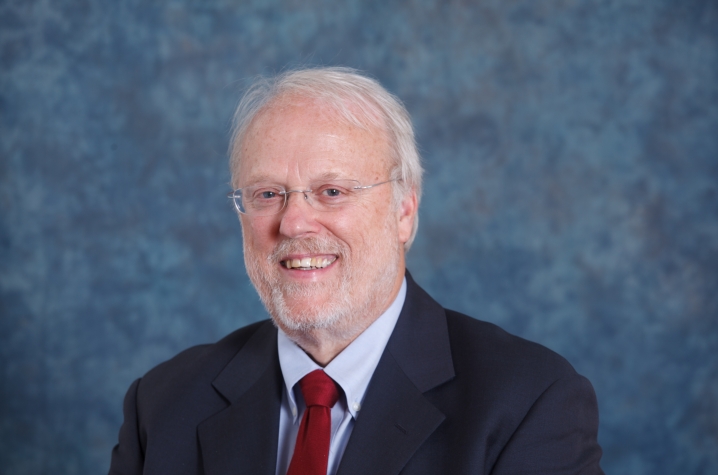 LEXINGTON, Ky. (Sept. 22, 2015) — D. Allan Butterfield, professor in the University of Kentucky Department of Chemistry and Sanders-Brown Center on Aging (SBCoA), has been awarded a $413,000, two-year grant from the National Institutes of Health to study a new model of Parkinson's disease (PD).

PD is the second most common age-related neurodegenerative disease in the United States and is manifested by movement abnormalities, postural instability, loss of smell (anosmia), deposition of the protein, alpha-synuclein, and in late stages, cognitive dysfunction. The brain is attacked by free radicals, many emanating from neuronal mitochondria (the powerhouse of the cell) to cause damage to proteins and membranes in neurons, a condition called oxidative stress. Underlying all these changes is the death of neurons (important brain cells) in a region of the brain called the substantia nigra, which uses the chemical neurotransmitter dopamine to send signals among neurons.

PD can be either sporadic or inherited. One gene in which mutations occur that cause inherited PD is called Pink-1. Butterfield will examine how faithfully an animal model in which the Pink-1 gene is missing mirrors human PD.

Butterfield will measure indices of oxidative stress of the isolated brain. Prior to this and at regular intervals he will use MRI and MRS to image the substantia nigra for structural alterations and determine neurochemical changes in this same brain region in collaboration with the Magnetic Resonance Imaging and Spectroscopy Center at UK.

In addition, Susan Barron, Department of Psychology, will collaborate with Butterfield to determine the age-dependence of anosmia, assess movement function and interrogate cognitive performance.  Peter Nelson, Department of Pathology and Laboratory Medicine and SBCoA, will assist Butterfield with analysis of deposits of alpha-synuclein and neuronal loss in the substantia nigra.

At the end of two years, Butterfield will know whether Pink-1 mirrors what is known in PD. If this novel model has high fidelity to PD, Butterfield will seek additional funding from NIH to examine environmental insults implicated as potentially leading to the more prevalent sporadic PD, investigating what most researchers opine is critical for development of PD: environment-gene interactions.

"Such interactions must be important, or else everyone exposed to particular environmental insults should develop PD, but clearly this is not the case," Butterfield said.  "I'm anxious to begin this important research that hopefully one day will lead to much better understanding of the mechanisms underlying PD and therapeutic interventions to slow or arrest the progression of this serious neurodegenerative disorder."