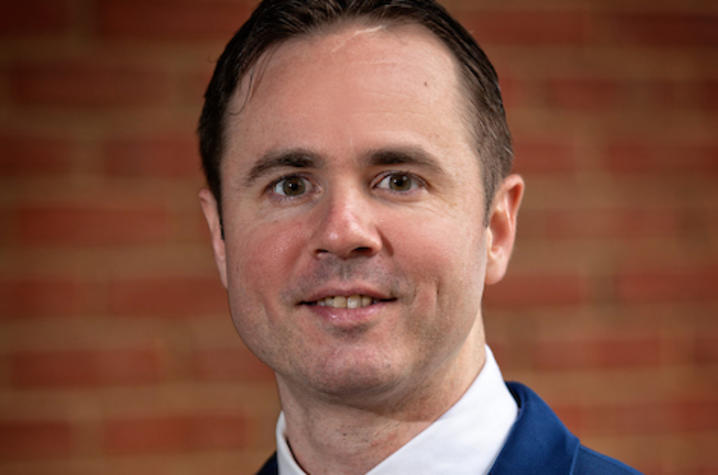 Robert H. Kimberlin will use his Boren Fellowship to study Portuguese and travel to Mozambique.

LEXINGTON, Ky. (June 7, 2019) — The University of Kentucky Office of Nationally Competitive Awards has announced that graduate student Robert H. Kimberlin of the Patterson School of Diplomacy and International Commerce has been awarded the National Security Education Program (NSEP) David L. Boren Fellowship for up to $24,000 toward the study of the Portuguese language. Kimberlin is one of only 106 graduate student award winners selected nationally for the fellowship.

Kimberlin, the son of Adrian and Patrick Kimberlin of Louisville, Kentucky, will use his fellowship to learn Portuguese in an intensive nine-week domestic program and then supplement his studies by traveling to Mozambique for 10 months.

"Apart from developing fluency in Portuguese, I will gain additional experience in the realms of diplomacy and development by working closely with the Centre for Public Integrity's branch in Maputo."

Kimberlin's passions for politics, cultural exchanges, current events, economics and development, as well as a history of extensive foreign travel, influenced his interest in the study of international relations.

"Travel throughout Europe, Latin America and Asia, coupled with living in Miami, Tampa and San Diego, provided ample experiences to appreciate the value of cross-cultural relationships."

Kimberlin, who holds a bachelor's degree from University of South Florida, says witnessing poverty in large areas of Latin America piqued his curiosity in ramifications of long-term economic malaise that can potentially reverberate to more prosperous nations, like the U.S. Likewise he credits his time working in Miami's service industry, where he spoke French with Haitian colleagues and Spanish with Latino co-workers at the Port of Tampa, as a motivator to adopt a skill set and perspective that embraced international relations in a pragmatic way.

In addition to his work experiences in Florida, Kimberlin completed an internship with the Commerce Department's Commercial Service offices in Kentucky, where he learned how valuable foreign markets are to U.S. businesses, reinforcing his Patterson School lessons on international commerce and preparing him for his future travel to Mozambique.

"Trade relationships must continue to be fostered and developed in order to maintain stability in the international community by ensuring economic prosperity for all. In fact, Kentucky's flourishing aerospace sector is dependent on foreign markets, and multinational companies headquartered in the U.S. possess a vested interest in Mozambique's burgeoning natural gas industry. Bearing this experience in mind, my work at the Centre for Public Integrity will directly facilitate economic prosperity by eliminating impediments to good governance and by shoring up diplomatic exchanges, which ultimately will bring about sustained national security."

Kimberlin credits Patterson School faculty Ambassador Carey Cavanaugh, Greg Hall, Kathleen Montgomery and Ying Juan Rogers, as well as Pat Whitlow, director of the Office of National Competitive Awards, as being pivotal in his selection as a Boren Scholar. "I share this honor with them and encourage other students to seek their advice and support."

Upon completion of his Boren Fellowship, Kimberlin will return to UK's Patterson School to finish his master's degree. Afterward, he will begin his required government service in a national security position.

UK students interested in Boren Fellowships may apply through the university’s Office of Nationally Competitive Awards. Part of the Chellgren Center for Undergraduate Excellence within the Division of Student and Academic Life at UK, the Office of Nationally Competitive Awards assists current UK undergraduate and graduate students and recent alumni in applying for external scholarships and fellowships funded by sources (such as a nongovernment foundation or government agency) outside the university. These major awards honor exceptional students across the nation. Students who are interested in these opportunities are encouraged to begin work with Pat Whitlow well in advance of the scholarship deadline.