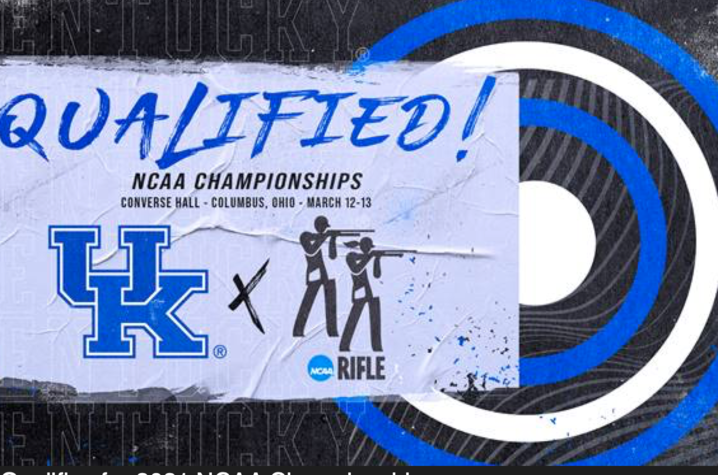 LEXINGTON, Ky. (Feb. 26, 2021) — The University of Kentucky rifle team has qualified for the NCAA Rifle Championships for the 27th time in program history as the Wildcats were one of eight teams selected to compete in the national event from March 12-13, inside Converse Hall in Columbus, Ohio.

Kentucky, which is currently ranked second nationally and were regular-season Great American Rifle Conference co-champions, has won the national title twice — 2011 and 2018 — with six runner-up finishes.

“It is always exciting to receive a spot in the championships,” said Head Coach Harry Mullins. “I feel this team has worked really hard this year to get to this point. We are excited that we had the opportunity to compete this year under the circumstances. I am looking forward to seeing the athletes compete at this level.”

Last Saturday's NCAA qualifying score was the last factor in determining the field for the 2021 NCAA Rifle Championships. Each team's three score aggregate average — the score based on each team's highest three regular season scores fired at three different locations — was already recorded prior to last weekend. The NCAA qualifier score was then added to that average and Kentucky along with Air Force, Alaska Fairbanks, Memphis, Nebraska, Ole Miss, TCU and West Virginia had the eight highest combined scores, thus qualifying for the NCAA Championship.