LEXINGTON, Ky. (Dec. 14, 2017) — His journey as a Wildcat began in an Indianapolis hospital room, with Coach John Calipari kneeling beside him, encouraging him to fight. He graduates this Friday, after overcoming obstacles, inspiring the Big Blue Nation and befriending everyone from professors to future NBA stars. But he will always be part of the University of Kentucky family.

"It's so inspiring what he's been able to accomplish at this point in his life, with all the things that were thrown at him," Coach Calipari said.

Kevin Massey was a 16-year-old high school athlete at Indiana's Franklin Central High School when he received a frightening diagnosis: he had an inoperable brain tumor. While in the hospital and given no more than 24 hours to live, the lifelong UK fan was surprised with a visit from Coach Calipari. Calipari told him if he could get out of the hospital and into UK, Massey would be part of his staff.

"The day I got accepted was the first day I ever saw my dad cry," Massey said.

Proving prognoses wrong, Massey made it through the night, and then a month, and then a year. After starting school at UK, he became the manager for the basketball team, and players and coaches became his second family.

"You've got a whole gym full of people who are really proud of what he has done," said Coach John Robic, who oversees the managers and has become especially close with Massey. "When I came to my office the other day and saw his graduation announcement on my desk, I almost cried."

It goes beyond the basketball team though. Massey's tenacity to let nothing, not even a brain tumor, get in his way of success (what he calls "just living life, basically") has inspired his advisors, classmates and countless members of the Big Blue Nation.

"When I first started advising him I saw some of the difficulties he's gone through, and supporting him became a very personal thing for me," said Anthony Limperos, Massey's advisor and an associate professor in the College of Communication and Information.

A communication major with a focus on health communication, Massey was committed to not just attending UK, but earning his degree. And he has no plans of quitting while he's ahead.

For someone who has faced so many obstacles, Massey's outlook on life is purely optimistic.

"It’s not a matter of what happens to you — because some things are going to happen to everybody … it’s all in your attitude and how there’s always something positive in situations," he said. "And there’s something in knowing that somebody has your back."

That team effort to support Massey helped him get to where he is today — preparing to cross the Rupp Arena stage and complete his college career.

"I'm already looking forward to asking him, 'okay, what's next?' What's he do next? Because it'll be something that inspires all of us," Calipari said. 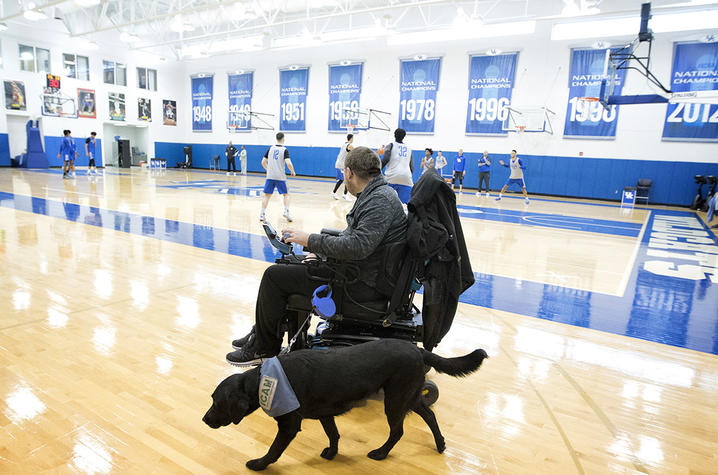 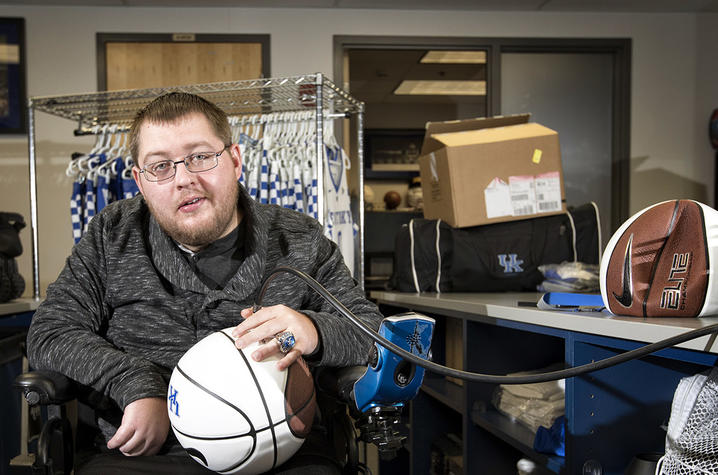