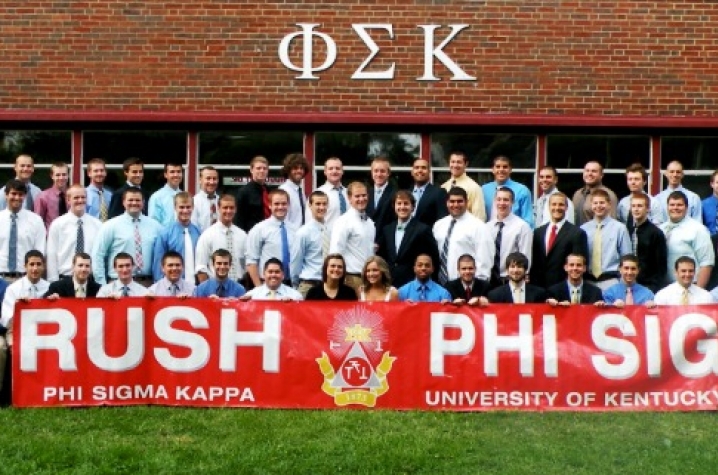 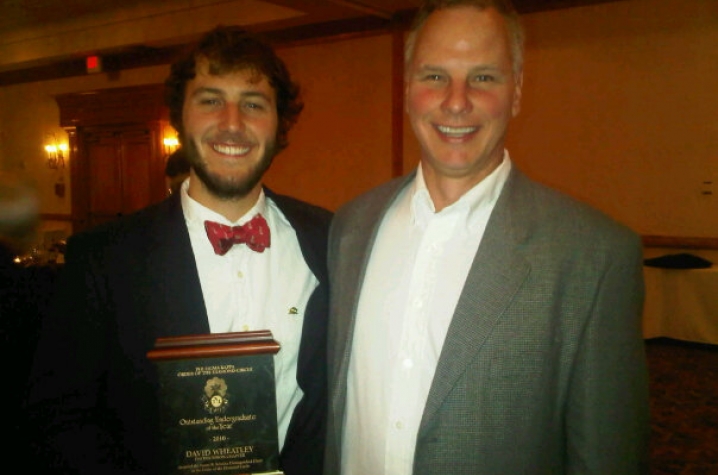 LEXINGTON, Ky. (Aug. 17, 2010) – Less than three years ago, the Phi Deuteron chapter of Phi Sigma Kappa at the University of Kentucky was struggling; 11 brothers comprised the chapter in the fall of 2007 and in the following spring, their chapter house was closed. Instead of giving up, this group of men pulled together and began rebuilding a brotherhood that has been at UK since 1926.

The chapter is now nearly 60 members strong, has completed a renovation of their chapter house and has gotten very involved in the campus community – winning awards from both UK’s Interfraternity Council (IFC) and DanceBlue -- hard work that was recognized this summer by the international Phi Sigma Kappa Fraternity.

“It’s amazing to think of how far we’ve come,” UK Chapter President David Wheatley, said. “I could not be happier for our members and our alumni. We have been excelling in every facet of the fraternity since we moved back into our chapter house last fall, and we have no plans of putting on the brakes. I’m really excited to see what we can accomplish this year. For Phi Sig, right now, the sky is the limit.”

Wheatley, a senior studying psychology, was also recognized by the national fraternity for his leadership and named Order of the Diamond Circle Award as the top undergraduate member of Phi Sigma Kappa fraternity in the country. The award has a rigorous application process and the award is based on involvement within the chapter as well as on campus and in community, academics and contributions to fraternity.

Besides serving as a two-term chapter president, Wheatley is also treasurer of the Inter Greek Programming Assembly, a former Greek ambassador and K Crew member who volunteers with DanceBlue, Special Olympics and the Lexington Children’s Theater.

“I am truly honored to have been named top undergraduate in 2010,” Wheatley said. “We have thousands of worthy brothers all over the country, and just to be included in that group is an honor in itself. I am extremely motivated to get back into the swing of things this fall and help my chapter continue in the direction it’s been heading.”

Phi Sigma Kappa is one of 19 IFC fraternities at the University of Kentucky. To learn more about fraternity life at UK and how to be involved, visit www.kentuckyifc.com.