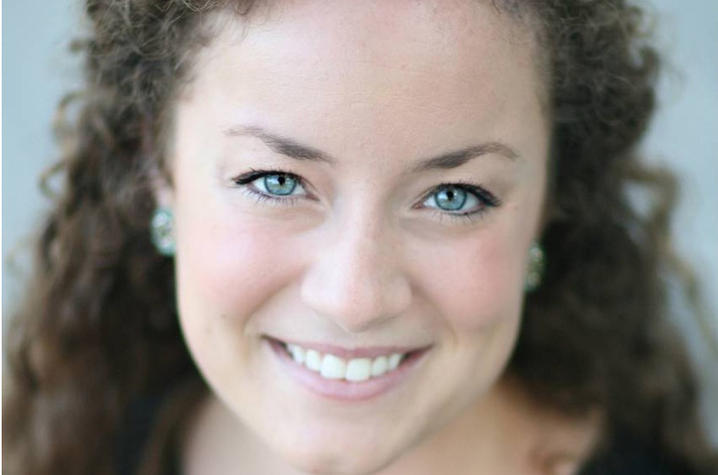 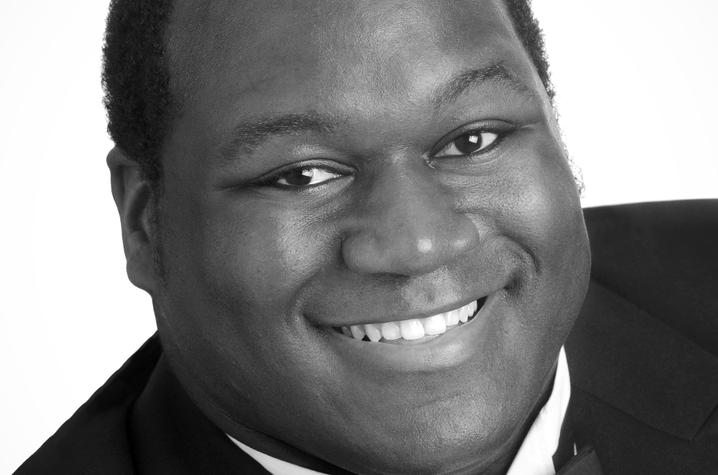 LEXINGTON, Ky. (Nov. 22, 2010) − University of Kentucky Opera Theatre (UKOT) soprano Rachel Sterrenberg sang her way to the top of the Kentucky District Auditions for the Metropolitan (Met) Opera presented last weekend at Memorial Hall. Sterrenberg is one of three winners who were selected to advance to the regional level of the Metropolitan Opera National Council Auditions. The contest's Encouragement Award was also presented to two UK vocalists, Rebecca Farley and Reginald Smith Jr.

As a district winner, Sterrenberg will advance to the to the Mid-South Regional to be held Feb. 4, 2011, in Memphis, Tenn. Joining Sterrenberg at the regional competition will be audition winners baritone Thomas Gunther, from Muscatine, Iowa, who holds a master's degree from University of Nebraska-Lincoln, and baritone Vincent Turregan from Alexandria, La., who holds a master's degree from Louisiana State University.

Sterrenberg is a vocal performance senior from Madison, Ga. Since coming to UK, she debuted the role of Dana Kelso in the premiere of the Lincoln opera "River of Time." Sterrenberg has also portrayed Juliette in "Romeo et Juliette" and First Lady in "The Magic Flute." The soprano's previous honors and awards include an invitation to study at the Chautauqua Music Festival and the first place undergraduate award in the Alltech Vocal Scholarship Competition. Sterrenberg studies with Director of UK Opera Theatre Everett McCorvey.

The highly acclaimed UK Opera Theatre program is part of the UK School of Music at the UK College of Fine Arts. For more information on the program, visit online at www.uky.edu/finearts/music/opera.

The Met holds the auditions to discover new talent and to search for possible participants in the Lindemann Young Artists Development Program. The Lindemann program, designed to nurture the most talented young artists through training and performance opportunities, provides financial aid together with supervised artistic direction to the young artists.

The district level is the first stage of the three-tiered audition process, and contestants can choose to compete in any district regardless of their place of residence. There is no set number of singers to advance to compete in the regional with roughly 1,500 singers participating each year in the 16 regions across the country. Regional finals for this area include participants from the Kentucky, Arkansas, Middle/East Tennessee, North Alabama and West Tennessee/Mississippi districts. Winners at the regional level advance to the National Council Auditions Semi-Finals in New York in the spring. Only eight to 10 singers are selected as national finalists and perform in the Winners Concert at the Met.