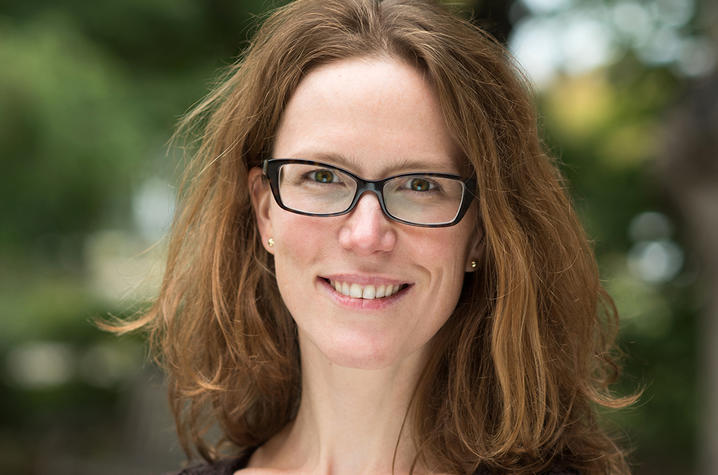 Laura DeMarco, a professor in the Department of Mathematics at Northwestern University, will deliver the 2018-19 Hayden Howard Lecture 3:30 p.m. Thursday, April 11, in 106 White Hall Classroom Building.

LEXINGTON, Ky. (April 8, 2019) — Laura DeMarco, a professor in the Department of Mathematics at Northwestern University, will deliver the 2018-19 Hayden Howard Lecture. Hosted by the University of Kentucky College of Arts and Sciences' Department of Mathematics, the lecture will take place 3:30 p.m. Thursday, April 11, in 106 White Hall Classroom Building. DeMarco will deliver a lecture titled “Complex Dynamics and Arithmetic Distribution.”

“I will explain a notion of arithmetic equidistribution that has recently found application in the study of complex dynamical systems,” DeMarco said. “It was first introduced about 25 years ago by Szpiro-Ullmo-Zhang to analyze the geometry and arithmetic of abelian varieties. In 2011, Matt Baker and I used the theory to study periodic points of maps on P^1. In this talk, I will explain some dynamical questions that were inspired by questions about elliptic curves, and then how the dynamical results allowed us to solve problems in the original setting of abelian varieties.”

DeMarco received the Satter Prize in 2017 for her fundamental contributions to complex and arithmetic dynamics. Together with Matt Baker, DeMarco formulated the Critical Orbit Conjecture, which has led to a fruitful research program on dynamical analogues of the André-Oort conjecture. In 2018 she gave an invited address on this topic to the International Congress of Mathematicians.

The Hayden Howard lecture series is dedicated to bring a research mathematician of international stature to the University of Kentucky every year. The series was inaugurated in the spring of 2001 with a generous donation from a friend of the Department of Mathematics. The Hayden Howard lecture was established in honor of mathematics professors Thomas Hayden and Henry Howard.