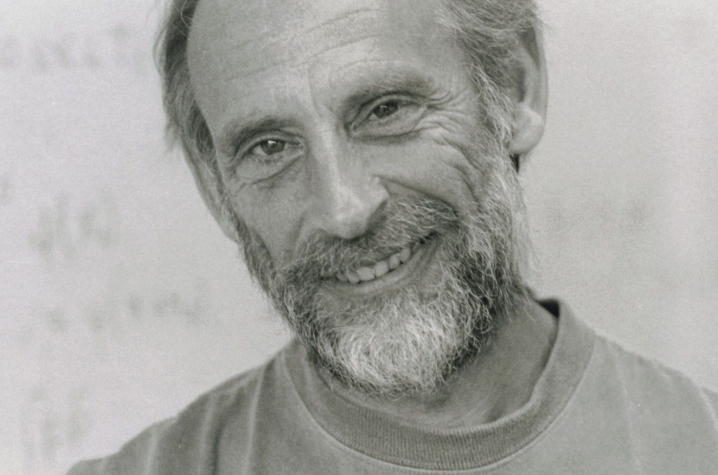 LEXINGTON, Ky. (April 19, 2011) — Until recently, most physicists believed that the laws of nature allow only one kind of universe to exist — the universe as we know it. The hope was that as we learn more and more about the laws of physics at their most fundamental level, we come closer to a unique set of laws. To a large number of physicists, string theory offers the best hope of discovering these laws.

However, advancements in string theory over the past decade have led to an interesting twist to the discourse. Scientific developments seem to suggest that while the equations which govern the basic physical laws are unique, their solutions are not. Therefore it appears that there is a "cosmic landscape" of possible universes. And we happen to live in one of them – the one in which life itself is possible.

Leonard Susskind, one of the world's most influential theoretical physicists and the man who coined the term "cosmic landscape," will combine cosmology and philosophy in an enlightening discussion at the University of Kentucky this week.

The Stanford University physics professor will give a free talk titled "The Cosmic Landscape" at 7 p.m. Wednesday, April 27, at Memorial Hall on UK's campus.

Susskind will talk about the cosmic landscape, and how it relates to "the scientific explanations of the apparent miracles of physics and cosmology and its philosophical implications," according to physics and astronomy professor Sumit Das.

"It turns out that if the values of the fundamental constants of physics were slightly different from what they are in our universe, the outcome would be rather different."

"Many physicists were disappointed when it was first realized that there are many completely consistent solutions for the same equations which describe the fundamental laws of physics," Das said. "However, Susskind argued that this is actually a virtue, and in fact provides a deep insight into the way nature works. He argued that not only are these different outcomes possible, but they are in fact realized — there are, in fact, a huge number of universes constituting a megaverse. These other universes would typically look very different. In fact many of them would not have life, not even stars and galaxies.

"It turns out that if the values of the fundamental constants of physics were slightly different from what they are in our universe, the outcome would be rather different," added Das. "It might be tempting to believe that some supernatural being fine-tuned these values."

Susskind argued that "the situation in many ways resembles biology before Darwin, when thoughtful people were unable to understand how, without the guiding hand of a deity, natural processes of physics and chemistry could possibly create anything as complex as the human eye."

Susskind, one of the fathers of string theory, is the Felix Bloch Professor of Physics at Stanford. Over a career spanning 45 years, his contributions to physics have included the discovery of string theory, the resolution of the black hole information problem, the development of the holographic principle, the idea of a cosmic landscape in string theory and its implications for cosmology of the megaverse, as well as many important contributions to the theories of electroweak and strong interactions.

Susskind is the author of two critically acclaimed books, "The Cosmic Landscape: String Theory and the Illusion of Intelligent Design" and "The Black Hole War: My Battle with Stephen Hawking to Make the World Safe for Quantum Mechanics."

Susskind received the Pregel Award from the New York Academy of Science in 1975 and the J.J. Sakurai Prize of the American Physical Society in 1998 "for his pioneering contributions to hadronic string models, lattice gauge theories, quantum chromodynamics and dynamical symmetry breaking."

As there are many sides to scientific and philosophical discussions of this sort, Susskind's talk is bound to be thought-provoking. But Das hopes that faculty, staff, students and the Lexington community take the time to take in Susskind's visit.

Susskind will sign copies of both of his books after the talk as well. For more information, please contact Das at sumitdas2000@gmail.com.