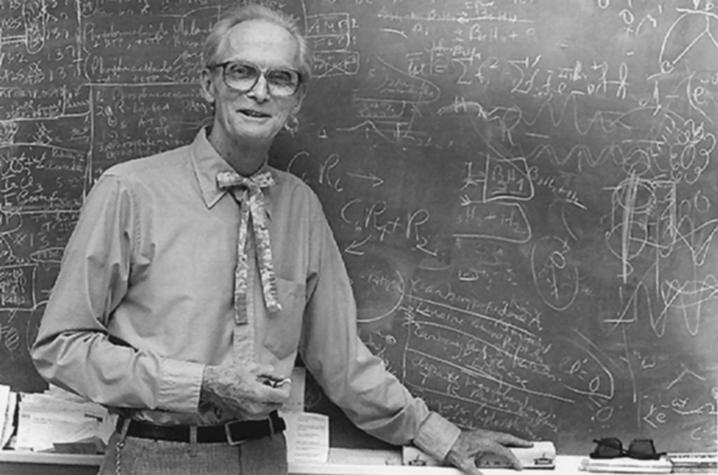 Lipscomb, who graduated from UK in 1941, is one of five Nobel Laureates who grew up in Kentucky. Harvard University photo file.

LEXINGTON, Ky. (Oct. 21, 2019) — This Thursday the University of Kentucky Department of Chemistry and the College of Arts and Sciences will celebrate what would have been the 100th birthday of one of UK’s most illustrious graduates, William Nunn Lipscomb Jr.

Lipscomb, who graduated from UK in 1941, was a world-famous chemist who received the 1976 Nobel Prize in Chemistry.

Lipscomb’s lifelong interest was the detailed 3D structures of molecules large and small and the nature of their chemical bonds. Several of his discoveries are discussed in first-year chemistry courses.

"Lipscomb is one of five Nobel Laureates who grew up in Kentucky," said Carolyn Brock, UK professor emerita of chemistry. "That number is large given the modest population of the Commonwealth. By celebrating Lipscomb’s scientific achievements we hope to inspire current students. Two of the very successful scientists who are speaking in the symposium also grew up in Lexington and also went to city high schools."

There will be three speakers. Marjorie Wikler Senechal, a Lexington native who took piano lessons from Lipscomb’s sister and remained close to the family, is the Louise Wolff Kahn Professor Emerita in Mathematics and History of Science and Technology at Smith College. The other two speakers earned their doctorates at Harvard University under Lipscomb’s direction. They are Irving R. Epstein, a professor at Brandeis University, who will talk about Lipscomb's experimental and computational studies of boron compounds, and Douglas C. Rees, a Lexington native who is now a professor at CalTech, who will discuss Lipscomb’s biochemical work.

All three speakers will include anecdotes about Lipscomb, who was known to all as "The Colonel," who made a YouTube video about how to tie a string tie (which had become his trademark), and who regularly found ways to slip amusing bits into his scientific papers.

After graduating from UK, Lipscomb earned his doctorate from Caltech in 1946, where his mentor was Linus Pauling. After 13 years as a faculty member at the University of Minnesota, Lipscomb was hired in 1959 by Harvard University. The 1976 Nobel Prize was for his work on the structures and bonding of boranes, which are compounds composed of boron and hydrogen atoms. Later Lipscomb was equally well known for his pioneering studies of the atomic-level structures of enzymes.

For more information and to see a full schedule of events, visit https://xray.uky.edu/News/Lipscomb.html.