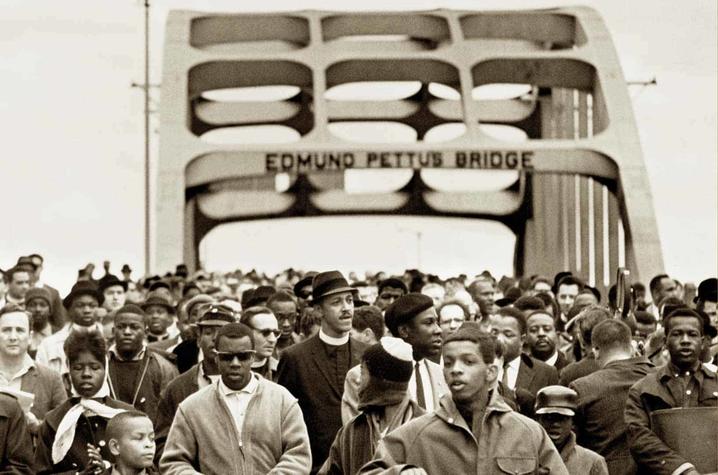 At 2 p.m. Sunday, March 1, participants will come together in Frankfort to march and cross a bridge near the capitol building, commemorating the famous 1965 crossing of the Edmund Pettus Bridge in Selma, Alabama.

LEXINGTON, Ky. (Feb. 25, 2020) — This Sunday, March 1, the University of Kentucky community will have an opportunity to participate in a commemoration of one of the U.S. Civil Rights Movement's most historic events — the 1965 Selma to Montgomery marches in Alabama.

Hosted by the City of Frankfort, the event will feature political leaders, universities, civil rights organizations, churches and community members. At 2 p.m., the participants will come together to march and cross a bridge near the capitol building in Frankfort, commemorating the famous crossing of the Edmund Pettus Bridge in Selma, Alabama. The event honors the 55th anniversary of the marches, which helped pass 1965's landmark Voting Rights Act.

As part of UK's commemoration of 70 years of integration, the Office for Institutional Diversity will offer UK students, faculty and staff a free charter bus to ride to Frankfort for the events. The bus will arrive at noon in front of UK's Main Building, and depart at 1 p.m. The bus will return to UK no later than 6:30 p.m. that evening.

This event is designed to reflect on the history while also promoting and encouraging voter registration and voting in the upcoming primary elections.