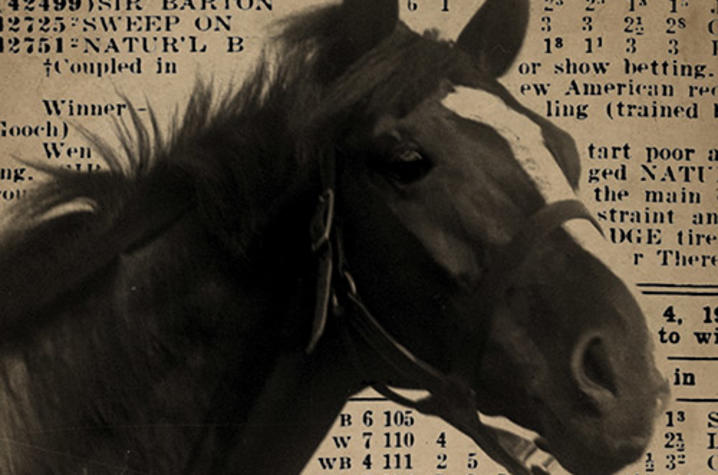 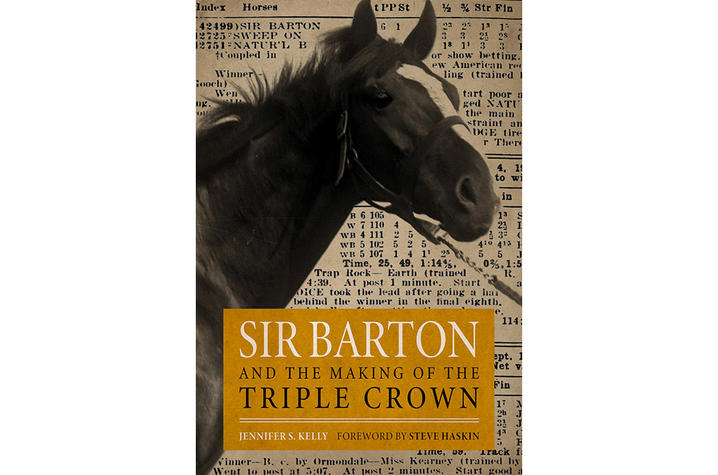 LEXINGTON, Ky. (April 24, 2019) — He was always destined to be a champion. Royally bred, with English and American classic winners in his pedigree, Sir Barton shone from birth, dubbed the “king of them all.” But after a winless two-year-old season and a near-fatal illness, uncertainty clouded the start of Sir Barton’s three-year-old season. "Sir Barton and the Making of the Triple Crown" by Jennifer S. Kelly, a new book from University Press of Kentucky, chronicles this history-making thoroughbred's ride to the top.

Sir Barton's surprise victory in America’s signature race, the Kentucky Derby, started him on that road to history, where he would go on to dominate the Preakness and the Belmont Stakes, completing America’s first Triple Crown. His wins inspired the ultimate chase for greatness in American horse racing and established an elite group that would grow to include legends like Citation, Secretariat and American Pharoah.

After a series of dynamic wins in 1920, popular opinion tapped Sir Barton as the best challenger for the wonder horse Man o’ War and demanded a match race to settle once and for all which horse was the greatest. That duel would cement the reputation of one horse for all time and diminish the reputation of the other for the next century — until now.

"Sir Barton and the Making of the Triple Crown" is the first book to focus on Sir Barton, his career and his historic impact on horse racing. Kelly uses extensive research and historical sources to examine this champion’s life and achievements. She charts how Sir Barton broke track records, scored victories over other champions, and sparked the yearly pursuit of Triple Crown glory. This book reveals the legacy of Sir Barton and his seminal contributions to thoroughbred racing 100 years after his pioneering achievement.

Kelly is a lifelong horse racing fan using her experience as a writing instructor and technical writer to chronicle and preserve the history of her favorite sport, especially the Triple Crown. "Sir Barton and the Making of the Triple Crown" is her first book.

Local readers can learn more about this new book from Kelly at this month's Kentucky Proud Evenings, presented by the Fayette County office of the University of Kentucky Cooperative Extension Service in the College of Agriculture, Food and Environment. The free monthly series celebrates the state's rich literary culture with author discussions and samples from Plate It Up! Kentucky Proud recipes.

“No preparation or prior reading is required. This is the perfect way to kick off Derby season. Jennifer Kelly is passionate about thoroughbred racing and promises to be an interesting speaker,” said Liz Kingsland, Fayette County family and consumer sciences extension agent.

Kelly's Kentucky Proud Evenings event will begin 6 p.m. Monday, April 29, at the Fayette County Extension office, located at 1140 Harry Sykes Way in Lexington. Make reservations for the event by calling the Fayette County Extension office at 859-257-5582. Kelly will sign copies of “Sir Barton and the Making of the Triple Crown,” which will be available for sale that evening.