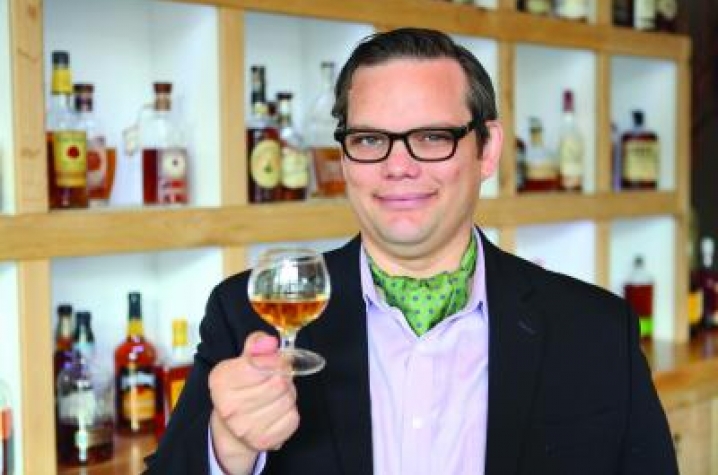 LEXINGTON, Ky., (Nov. 10, 2014) — Women played an essential role in the invention of beer and distillation. In his award-winning book "Whiskey Women: The Untold Story of How Women Saved Bourbon, Scotch, and Irish Whiskey," author Fred Minnick dispels the masculine myths that whiskey is a man’s drink. He will sign copies of his book and speak to students, faculty and staff from noon to 1 p.m. Wednesday, Nov. 12, at the University of Kentucky College of Agriculture, Food and Environment's  Cameron Williams Lecture Hall in the Plant Science Building.

“I would argue that whiskey may not exist without female contributions,” said Minnick, a Wall Street Journal-bestselling author. “Women have never received credit for their efforts in the alcohol industry.”

"Whiskey Women" explores the roles women had in owning and operating whiskey brands, managing bootlegging operations and saving the spirits industry from Prohibition.

“In current times, women are running boardrooms, creating new brands and blending/distilling,” he added. “They are the future of whiskey.”

Published by Potomac Books, an imprint of the University of Nebraska Press, Minnick’s book won the Gold Medal in the “Women’s Issues” Category of ForeWord Reviews Book of the Year.

“I believe Minnick’s book is relevant to the UK community,” Debolt said. “It’s a very thorough, entertaining analysis on an important subject. It will give the students a sense of the literary aspect of bourbon.”

"Whiskey Women" is Minnick’s third book. The Oklahoma native and former Army journalist also writes for Covey Rise, Parade, Scientific American, Whisky Advocate and Whisky Magazine, among others. He is the “Bourbon Authority” for the Kentucky Derby Museum. More information about Minnick is available on his website, http://fredminnick.com.

The UK Bookstore will have several copies of the book for sale at the event Wednesday.