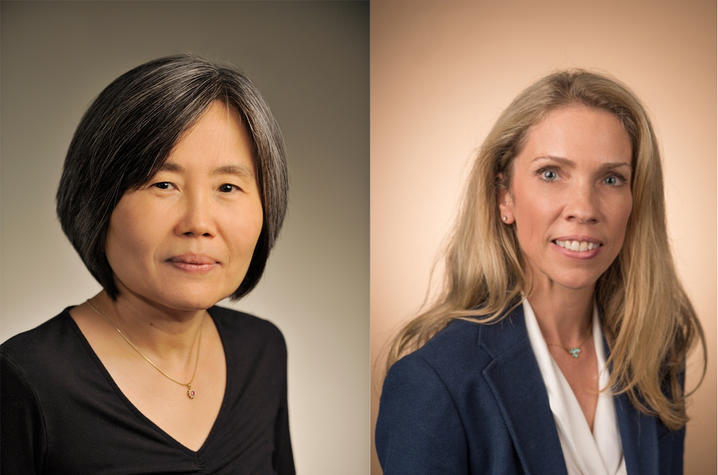 Teresa Fan, Ph.D., is a professor in the UK College of Medicine Department of Toxicology and Cancer Biology. Her research focuses on the early detection of pancreatic cancer.

Kate Zaytseva, Ph.D., is an assistant professor in the UK College of Medicine Department of Toxicology and Cancer Biology. Her research focuses on the role lipid metabolism plays in colorectal cancer.

Started in the summer of 2016, Markey Women Strong comprises philanthropic women and men who aim to make a meaningful difference in cancer research by funding female researchers focused on advancing the fight against cancer at the University of Kentucky.

“Even today, the fight against cancer never stops, which is why we at the Markey Cancer Foundation are so grateful for this group of donors dedicated to funding important, game-changing cancer research,” said Mike Delzotti, president and CEO of the Markey Cancer Foundation. “From our generous members to the impressive and talented cancer researchers, Markey Women Strong is one of the central reasons why the UK Markey Cancer Center is where Kentucky comes to beat cancer.”

Learn more about the Markey Women Strong program or becoming a member here.