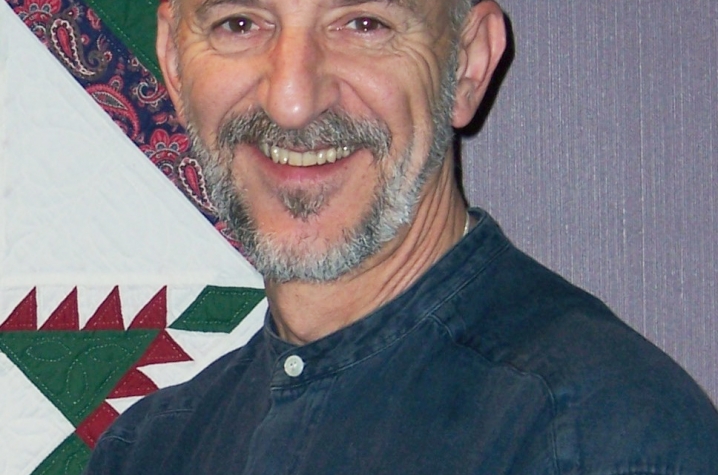 Every year, the Kentucky Rural Health Association (KRHA) presents this symbol of rural Kentucky heritage to the recipient of the Dan Martin Award for Lifelong Contributions to Rural Health. The annual KRHA award honors a health care professional who has shown a long-standing commitment to solving health challenges in rural areas across the state. This year's recipient, James Norton of the University of Kentucky, has pledged to go a step further and learn how to play his handmade and locally crafted gift.

Norton, associate dean for educational engagement at UK College of Medicine, was surprised with a dulcimer and plaque in September before leaving for a trip abroad. Recipients of the annual award are usually honored during the KRHA annual conference, which was held Sept. 17-19 in Bowling Green, Kentucky. Norton, who has in the past served on the committee that chooses recipients, said his fellow recipients demonstrate a pattern of service in many rural areas over a long period.

"It's really gratifying," Norton said of receiving the award. "You do this for a long time, and it's nice to have your peers convey to you that they think what you've done has value in the long pull."

Norton works closely with regional physicians to place medical students participating in the Western Kentucky Initiative (WKI) at clinical sites in Murray/Paducah, Bowling Green and Owensboro. He has led the WKI since its initiation several years ago. The program places third-year medical students in rural communities for five clinical rotations during the third year and promotes electives as these sites during the fourth.

In addition to overseeing educational activities for the College of Medicine in rural parts of the state, Norton is the director of CE Central, the administrative office responsible for managing continuing education for doctors and pharmacists. Dr. Norton has served on state and national boards that include National Rural Health Association and on groups that are part of the Association of American Medical Colleges (AAMC). He is a past president of the KRHA.

"For over 30 years, Dr. Norton has been a major contributor and leader in developing programs directed to developing future health care providers for rural and underserved communities," Linda Asher, chair of the KRHA selection committee, said.

Started in 2003, the award is named after its inaugural honoree Dan Martin of the Trover Foundation in Madisonville, Kentucky. Nominations for the award accepted from across the state.