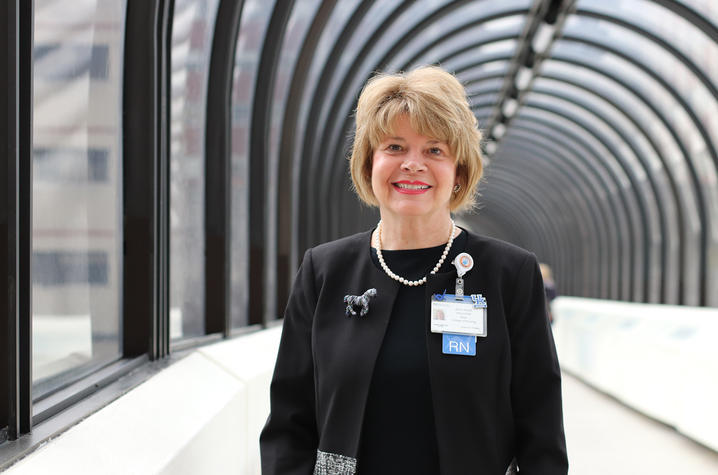 Janie Heath PhD, APRN-BC, FAAN is Dean and Warwick Professor of Nursing at the University of Kentucky College of Nursing

The following is a blog and op-ed by Janie Heath, Dean and Warwick Professor of Nursing at the University of Kentucky College of Nursing

LEXINGTON, Ky. (July 10, 2019) — On June 17, CVS Health committed to overturning youth e-cigarette use at a whole new level: The retail and health care giant will dedicate $10 million for strategies to prevent e-cigarette use and to educate our children about the danger.

This announcement follows a report released by the U.S. Food and Drug Administration (FDA) earlier this year that stated that more than 1,550 warning letters and 240 civil money penalty actions were brought against a popular pharmacy chain for selling tobacco products to youth.

CVS has taken a different and bolder approach. This company wants to deliver the nation’s first tobacco-free generation, and I could not be prouder of their stance and commitment to finally help stop a health epidemic that should have ended long ago. In fact, the contribution is just a portion of its five-year $50 million Be The First Campaign – a multi-faceted approach, the goal of which is helping to create our country’s first tobacco-free generation.

It was only five years ago in 2014 that CVS, a true leader in the industry, banned all tobacco products from their shelves. Now, it is not a matter of if – but when – the other large health corporations follow suit. From 2017 to 2018, according to the FDA’s National Youth Tobacco Survey, current e-cigarette use by high school students — defined by use of at least one day in the past 30 days—increased 78 percent, from 11.7 to 20.8 percent. That means a troubling 3.05 million American high school students used e-cigarettes in 2018.

Scott Gottlieb, the former FDA commissioner, has referred to these staggering statistics as an epidemic-level rise in e-cigarette use for youth. To make matters worse, e-cigarette companies are concealing health risks by disguising them as everyday items, such as USB drives. Further, the companies add appeal by offering flavors, including cherry, mango and crème brulee.

The convenience and cool factor draws youth in, while the addictive properties of nicotine make them stay. The $600,000 grant CVS initiated to support the efforts of the American Academy of Family Physicians Foundation to address the rising emergence of Electronic Nicotine Delivery Systems is bold and timely. Each day that passes in which other retail health and pharmacy chains refuse to follow CVS means the health of more children is put at significant and severe risk. Is that the precedent and pattern of health we want for future generations? The bigger the move and the bolder it is, the healthier our children will be and the larger the benefits we will reap.

Before entering your pharmacy chain of choice, I urge you to consider the question: is it labeling itself a health corporation while promoting and assisting in endangering our youth? The clock is ticking. It’s time for all of us to take a bold stand for our children and generations to come.

Janie Heath PhD, APRN-BC, FAAN, is Dean and Warwick Professor of Nursing at the University of Kentucky College of Nursing. Jheath@uky.edu