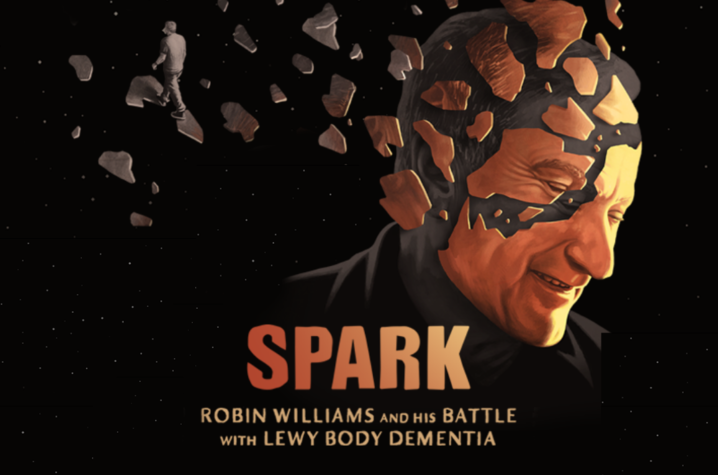 Perhaps you’ve seen his stand-up routine or watched his hilarious physical humor in the 1978 TV sitcom “Mork & Mindy.” Maybe you saw his heartwarming acting skills in movies such as “Mrs. Doubtfire,” or heard him as the voice of the fun-loving genie in Disney’s “Aladdin.”

Williams was called a “bold” comedian with a “kind and gentle spirit” before his death in 2014. He was 63 years old.

Susan Schneider Williams, the widow of the late comic, has called LBD, “the terrorist inside my husband’s mind.”

A progressive dementia, LBD is the second most common form of progressive dementia after Alzheimer’s. The disease occurs when excess deposits of the protein alpha-synuclein, known as Lewy bodies, clump up inside neurons, causing damage to certain parts of the brain, and, as a result, a decline in cognition and movement.

LBD is an umbrella term for two related diagnoses: Dementia with Lewy bodies (DLB) and Parkinson’s disease dementia. The early warning signs of both forms are important: DLB takes place when people develop cognitive issues, including memory loss, while those with Parkinson’s disease dementia initially develop movement issues such as muscle stiffness, gait and tremors.

Over time, the symptoms become more and more similar. Other LBD symptoms include depression, anxiety, sleep disorder, insomnia and hallucinations.

LBD afflicts about 1.5 million Americans, but it is often misdiagnosed as Alzheimer’s disease or Parkinson’s.

Thanks to the support from Acadia Pharmaceuticals Inc., and the Lewy Body Dementia Association, the University of Kentucky Sanders-Brown Center on Aging is hosting a free virtual showing of “SPARK” from 6-8 p.m., Thursday, April 8. After the film showing, a discussion will take place featuring guest panelists from the University of Kentucky, the Mayo Clinic and the Cleveland Clinic.

Please join us in discovering more about his debilitating disease and how this affected Robin Williams’ life by registering at https://tinyurl.com/SBCoASPARK

If you or someone you know are having suicidal thoughts, help is available. The National Suicide Prevention Lifeline is available 24 hours a day at 800-273-8255.