LEXINGTON, Ky. (March 10, 2016) — Regardless of the outcome, the Southeastern Conference Tournament will be infinitely more memorable for Tim Hayden this year.

That's because he doesn't remember any of last year's tournament.

On March 13, 2015, just before the Kentucky-Florida tip-off, Tim had a heart attack during a meeting at work. Fewer than half of all patients survive the type of heart attack Tim had — ominously called a "widow-maker" — where the left anterior descending coronary artery becomes completely blocked. But the quick actions of his co-workers, emergency personnel, and physicians at the University of Kentucky Gill Heart Institute were factors in Tim's complete return to health.

Tim is famous among his co-workers at Southern Wine and Spirits (SWS) for hating meetings and loving UK basketball.

"I mean he loves it, he lives and breathes it," said Harold Nikirk, Southern Wine and Spirits' field sales manager and Tim's boss, But SWS Brand Director Greg Wilson was coming in from Louisville that day, and so Harold had no choice but to call the meeting and hope it would be finished by tipoff.

The small conference room was crowded with seven people, and two more sales people had called in from out of state. According to Harold, Tim "was his normal self, laughing and cutting up." But as Harold began to speak, Tim started snoring.

"At least I thought it was snoring," said Harold.  "I though he was trying to make a funny editorial comment about having a meeting."

"Tim went rigid and turned a frightening shade of purple," said Erin White, a co-worker of Tim's. "It was chaos, everyone started shouting at once."

Susan Logan, an administrative assistant with nursing training, ran to the room where she locked eyes with Erin over Tim's prone body. Susan said, "We have to do this. Do you want breaths or compressions?" They immediately began CPR.

"That was probably the longest two minutes of my life, hovering over Tim and pushing," Erin said.  "We were pleading for Tim to stay with us and just could not press hard enough."

According to Harold, the office became choreography with everyone pitching in to help in some way. One person called 911, others ran to the street corner to wave the ambulance in, others moved cars from the parking spots closest to the door and furniture out of the way so that the paramedics had easy access.

Fortunately for Tim, his workplace had an AED, or automatic external defibrillator.  An AED is a portable device that checks heart rhythm and can send an electric shock to the heart to try to restore a normal rhythm if needed. Anyone with basic training can use an AED, which makes it possible for more people to respond to a situation where sudden cardiac death is suspected. And Greg, a Boy Scout leader, had that training.

The AED administered one shock and advised to continue CPR until paramedics arrived.

"The paramedics had to peel us off of Tim because we didn't want to stop," said Susan.  "The whole time I was thinking that just two months previous I had run into Tim and his family at the movies, so I kept thinking 'please help me get him to his family, he's got two little boys, please.'"

As Harold climbed into the ambulance with Tim, Erin told paramedics to take him to UK. "Catherine (Tim's wife) works at UK and I knew they had a heart institute, so that seemed the best place to take him," she said.

Waiting for him there was Dr. Adrian Messerli, director of the heart catheterization laboratory at the UK Gill Heart Institute.

"With a heart attack, especially one like Tim's, every minute literally counts," he said.  "We were the first hospital in Lexington to allow paramedics to bypass the emergency room and go directly to the cath lab, which buys us precious time and hugely increases the patient's chances for survival."

Messerli restored blood flow by inserting two stents in the artery running down the front wall of Tim's heart, propping the blocked artery open.  He then put Tim in a type of medically induced coma called targeted therapeutic hypothermia, where a patient's core body temperature is cooled temporarily.

"When the heart arrests, it's not just the heart that sustains damage, but all the vital organs, specifically the brain, because they all have inadequate blood flow during the arrest," Messerli said. "It's thought that this protocol protects the vital organs from damage and improves healing."

For Tim, it worked beautifully.

"What's so gratifying about Tim's case is that the healing has really been complete and absolute," he said.  "When I see him in the office, he's in wonderful spirits, minimal complaints, and he's doing really well."

Tim spent three weeks in the hospital, which were especially long and worrisome for Susan and Erin.

"I'll never forget the day we got the text from Tim's wife Catherine saying 'Tim is out of here tomorrow.' It was like the sky just opened up and the world was whole again," Susan said. She texted Erin with three words: "We Did It!"

Since then, about a dozen of SWS's 40 staffers have received CPR certification and AED training. The Lexington Fire Department honored the group at their annual banquet this year for their bravery, quick thinking, and knowledge of CPR. They also joined #TimsTeam at the American Heart Association's 2015 Heart Walk, raising more than $3,500, which included a large donation from SWS in Tim's honor.

"We are a family at SWS," said Erin.  "We came with our spouses and our children, and it was really cool just to show the importance in that day."

And, Susan adds with a laugh, "They don't know it, but we're about to ask again."

Messerli says that Tim's meeting on that day most likely saved his life.

"Dr. Messerli told us if Tim had been at home, or if the meeting had been scheduled later, or if he'd been in his car, this type of heart attack isn't something that people typically survive," Harold said.

"I think Tim was fortunate for many reasons," Messerli said. "He was surrounded by coworkers who knew how to perform CPR and knew how to use an AED. Those critical first steps sustained Tim until we could get him he treatment he needed." 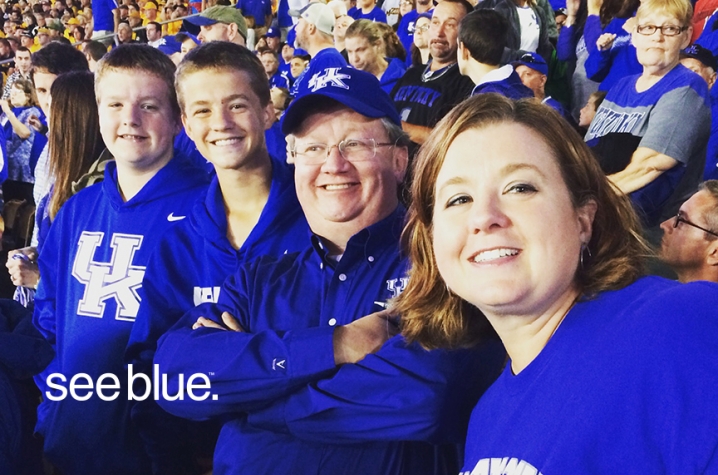 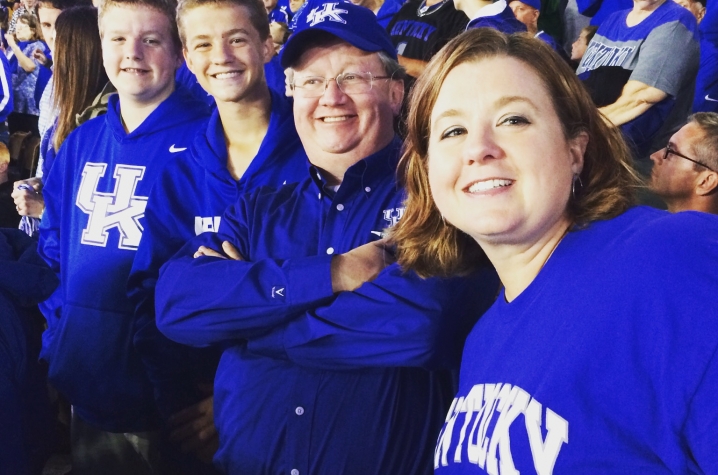 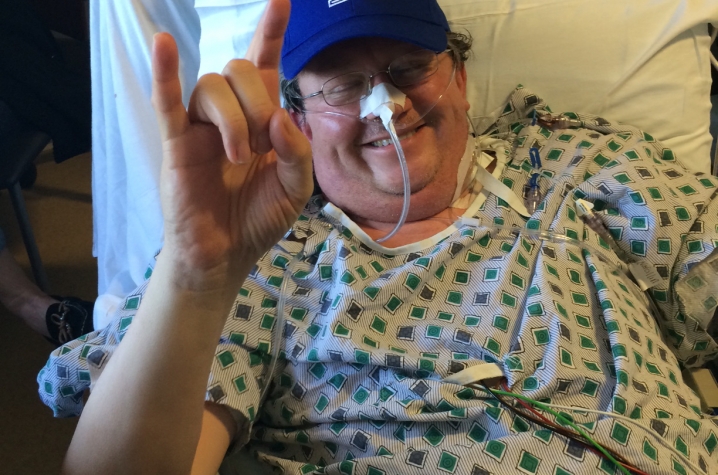 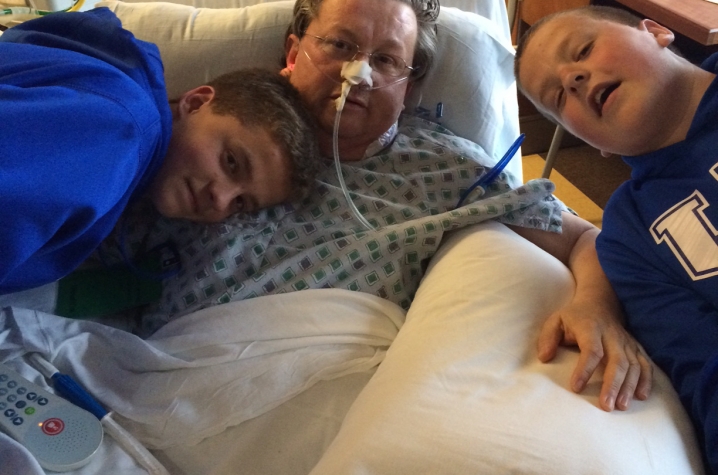 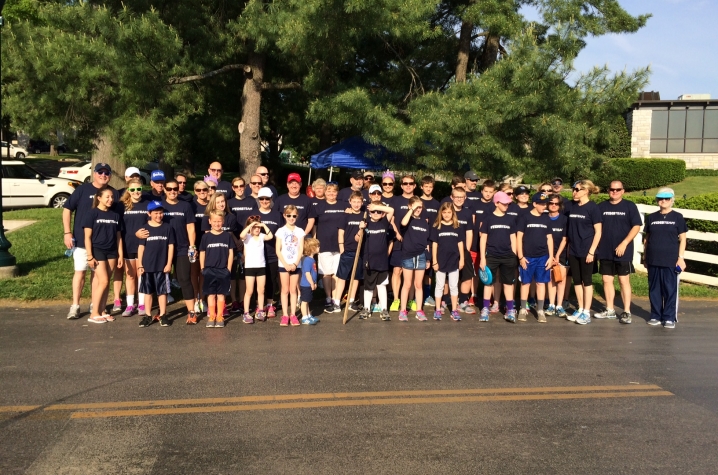 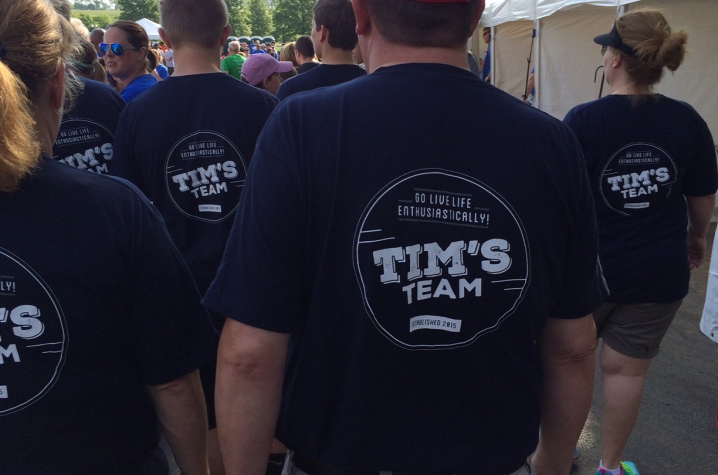