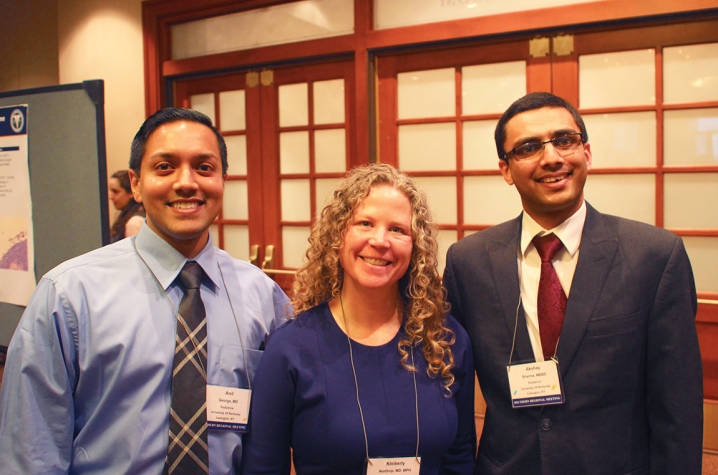 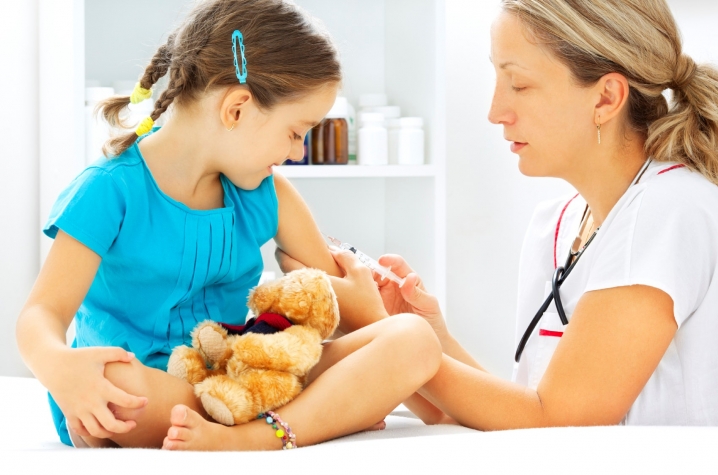 LEXINGTON, Ky. (April 6, 2015) — Nearly a third of all children nationwide and in Kentucky aren't up-to-date with the vaccination schedule recommended by the Centers for Disease Control (CDC), but not because their parents are refusing vaccines. Evidence suggests parents tend to forget appointments when children are scheduled to receive immunizations.

A group of pediatricians at the University of Kentucky College of Medicine are helping parents remember vaccination appointments through a new text message alert system. Parents of babies born at the Kentucky Children's Hospital (KCH) Birthing Center are presented with the option to receive a sequence of text message reminders the week before their child's vaccination appointments.

Dr. Akshay Sharma, Dr. Anil George and Dr. Kimberly Northrip are testing the impact of the text message alert system and its ability to prevent missed appointments for publicly and privately insured patients. The ongoing project, which was awarded a grant from the Community Access to Child Health fund of the American Academy of Pediatrics in 2014, was launched last August.

"The most common reason (for missed appointments) is parents don't have information or forget when their children’s vaccinations are due," said Sharma, principle investigator of the research and a pediatric resident at KCH.

Sharma stressed that timing is crucial for the efficacy of childhood vaccinations. Children receive vaccinations and booster shots at their two-month, four-month, six-month, one-year, 15-month and 18-month appointments. These vaccinations protect against infectious diseases including polio, tetanus, diphtheria, pertussis, pneumonia, hepatitis B, hepatitis A, measles, mumps and rubella. The CDC-recommended vaccination schedule is designed to immunize the child at a point in their life when they are most vulnerable to contracting or spreading these diseases.

An outbreak of the measles linked to an amusement park in California that started in December 2014 has spread to about 150 children in seven states, calling attention to the public health consequences of children with incomplete vaccinations. In Kentucky, an estimated 70 percent of children complete the recommended vaccination schedule by 35 months of age, which should ideally be completed by 18 months of age. George said parents attempt to update their child's medical records in preparation for preschool or kindergarten, as late as 5 or 6 years of age, only to learn their child has aged-out of certain vaccines.

"Like we are seeing with the measles outbreak, it's not that all the children were unimmunized, it's that they were not completely immunized," George said. "Getting vaccines for school entry is okay, but it doesn't help the community at large because there are still vulnerable children in the community."

In the United States, 90 percent of people carry a cellphone, and text messages are typically accessed faster than voice messages. The text message alert system adopted at Kentucky Children's Hospital was designed by the same software developers that created a successful nationwide vaccination reminder system for the Indian Academy of Pediatrics a few years ago. The system reminders are individualized, providing an alert for each KCH child in the family.

The researchers are working to collect data from 1,000 patients, with 500 children already registered for the study. Half of the study's subjects will receive the alert system and half will not receive the alerts. The group recently presented some preliminary results at the Southern Regional Meetings in New Orleans and intend to publish their findings in a national medical journal on completion of the study. After the initial testing phase, the text message alerts will be available to any parent in Kentucky or the rest of the country.

To register for the text message alert system, visit www.vaccinereminder.org.